MEXICO CITY – More than 6,000 General Motors workers in Mexico will elect a new union this week as an upstart group supported by international activists aims to beat one of Mexico’s biggest labor organizations that held the contract for 25 years.

The vote is one of the first under a labor reform that underpins a new trade deal with Canada and the United States, and aims to help improve pay by breaking the grip of unions that critics say signed deals with companies behind workers’ backs.

Also under the law, workers at state oil company Pemex elect a new union chief on Monday in their first ever direct vote.

The GM vote, set for Tuesday and Wednesday at the pickup truck plant in the central city of Silao, comes after workers in August dissolved their contract with the Confederation of Mexican Workers (CTM). The vote was monitored by U.S. officials, who threatened to impose tariffs on GM exports under the United States-Mexico-Canada Agreement (USMCA) trade deal if the automaker did not protect worker rights.

The vote by nearly 6,300 workers could set the tone for GM’s other Mexican plants and throughout Mexico’s auto industry, which is largely dominated by unions that experts say have reputations for protecting business interests and depressing wages.

GM said it is “aware of the importance of this exercise for our workers” and will work with the winning group.

Many workers want to push out CTM, which has held the Silao contract since the plant opened in 1995 and is aligned with the Institutional Revolutionary Party (PRI) that ruled Mexico for decades.


The CTM union booted out last year has given way to a separate CTM faction that is asking workers to be open-minded.

“They satanize CTM because the last union didn’t do things as they should have,” said CTM member David Limon.

The rival independent union, SINTTIA, which many workers want in place of CTM, grew out of a movement that urged workers to reject their contract last year, gaining a large following that has boosted its chances of victory.

Two other unions are also competing.

Mexico’s labor reform calls for contract ratification votes to take place by May 2023 and open the door to new unions.

Yet out of more than 3,000 votes so far, workers have rejected only 25 contracts, underscoring the difficulty of changing an entrenched system, experts say.

The Washington-based Solidarity Center, which is allied with the U.S. AFL-CIO labor federation, and Canadian union Unifor are supporting SINTTIA, which has visited worker neighborhoods, pasted flyers on telephone poles and circulated text messages.

“CTM only looks out for its own personal interests,” SINTTIA told supporters via WhatsApp.


That argument resonates with employee German, 49, who wants his retirement pension a decade from now to reflect what will amount to 36 years of service at GM.

“If we go back to CTM, it will be the same, all this work will have been for nothing,” said German, who, like other employees, asked not to be identified for fear of retaliation.

Many workers who backed the prior CTM contract formed La Coalicion, or The Coalition, which critics say has ties to CTM. Last week dozens of supporters gathered outside the plant, chanting “Beat it, SINTTIA!”

CTM and a final contender, the Carrillo Puerto union, have also criticized SINTTIA, as rumors circulate that workers could lose their jobs if they support the rival group – an oft-used tactic in Mexico to discourage organizing.

Each group vows to push for raises in a country where wages have stagnated for years, and where inflation is now biting.

“This creates poverty for workers in Mexico and unfair competition that hurts workers in the U.S.,” she said.

U.S. lawmakers have echoed those concerns, urging GM and Mexican officials to guarantee a fair vote.

Juan, 38, is backing SINTTIA but will push back if the union fails to deliver.

“We have the right to raise our hand and say, ‘you know what, this union didn’t work for us’,” he said. 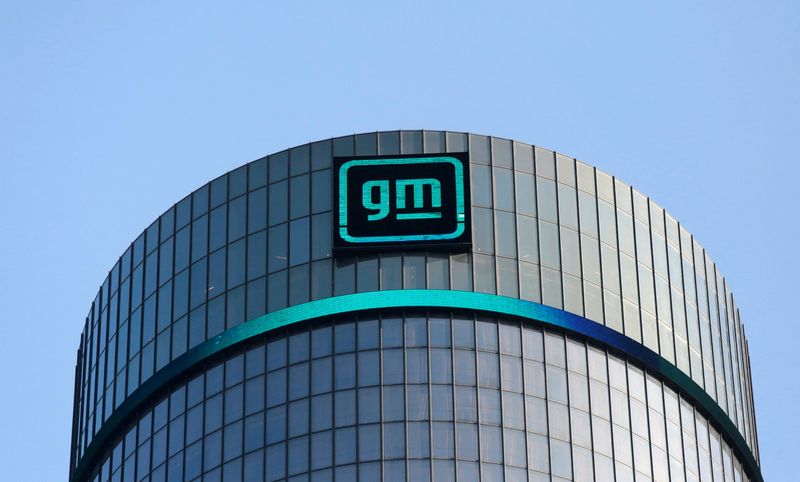 Turkey blocks access to Deutsche Welle, Voice of America for not getting licenses -official

Turkey blocks access to Deutsche Welle, Voice of America for not getting licenses -official