By Yuvraj Malik and Chavi Mehta

-Advanced Micro Devices Inc forecast 2022 revenue above expectations on Tuesday, driving its shares up as much as 11% in after-hours trading, as stellar demand for its chips used in data center servers is expected to continue to drive growth.

“Relative to the growth from the different businesses, the growth will be led by server,” Chief Executive Officer Lisa Su told analysts on a conference call, adding that the server business would be “very strong” this year.

AMD has dived deeper into the data center market to capitalize on booming cloud adoption, while its agile model of outsourced manufacturing has helped the company pry away market share from rival Intel Corp.

While shares of many chip companies rose in after-hours trading, Intel fell slightly.

AMD has made a number of new launches with significant performance gains, including updates to its graphics processor lineup used for cloud and high-quality gaming, creating a challenge for Intel.

Signaling that supply-chain challenges may be easing, Su said the inventory was “matched to demand” and added that the company had made significant investments to ensure ongoing capacity expansion.

For the full year, AMD forecast revenue of about $21.5 billion, compared with analysts’ average estimate of $19.27 billion, according to IBES data from Refinitiv.

(Reporting by Chavi Mehta and Yuvraj Malik in Bengaluru and Jane Lanhee Lee in Oakland, Calif.;Editing by Anil D’Silva and Matthew Lewis) 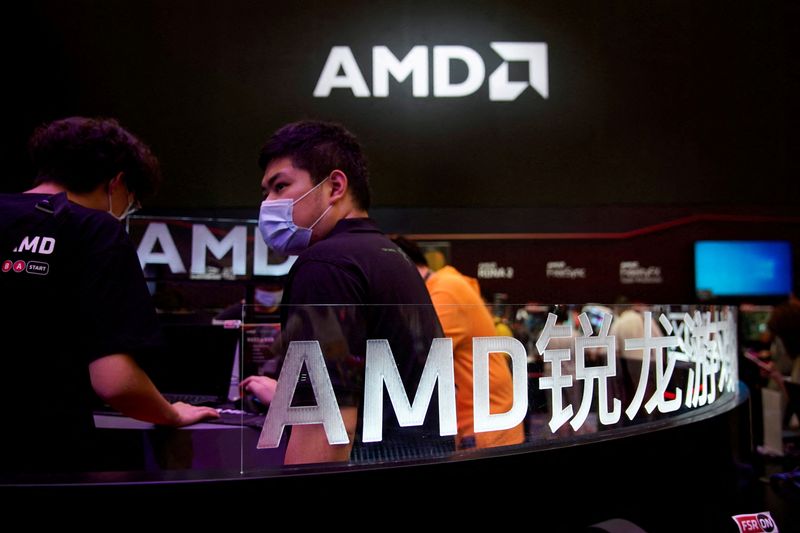