WASHINGTON – President Joe Biden’s bid to put his mark on the U.S. Federal Reserve faces a key test in two weeks time when the U.S. Senate Banking Committee votes on his renomination of Jerome Powell to be Fed chair and on a diverse slate of four other Fed nominees.

The tentative date for the action on all five nominees is Feb. 15, according to information from Committee chair Sherrod Brown’s office on Tuesday.

When they met to consider the renomination of Fed Chair Powell and the elevation of current Fed governor Lael Brainard to the post of Fed vice chair, banking panel members from both sides of the aisle signaled a measure of support.

But the three other nominees, who appear before the banking committee on Thursday, face a less certain outcome in the closely divided Senate.

Any failure to get his Fed picks approved would represent a setback for Biden, whose popularity has suffered as inflation has surged, and who has said he is counting on the Fed to bring soaring prices under control.

In recent days a particularly intense battle has been building over Biden’s choice for Fed vice chair of supervision, former Fed governor Sarah Raskin. As the Fed’s top regulator, she is seen as likely to have a tighter hand on Wall Street than her Trump-appointed predecessor, Randal Quarles.

Republicans, led by top Senate Banking committee Republican Pat Toomey, have raised objections to what they see as her hostility to oil and gas companies. Democrats praised what they see as justified concern with the risks that climate change poses to financial stability.

The U.S. Chamber of Commerce weighed in with concerns about Raskin and her calls for federal regulators to transition financing away from the fossil fuel industry, although other business leaders gave their backing..

“We offer our support without reservation,” executives of more than a dozen small banks wrote the committee Tuesday, of Raskin.

The partisan battle has also extended to the other nominees, who include Michigan State University’s Lisa Cook and Davidson College’s Philip Jefferson.

“Political activists,” wrote conservative columnist George Will of Cook and Raskin in an opinion piece sent around Friday by Toomey’s office.

Cook, who has written extensively on the negative economic drag imposed by racial and gender inequality, would be the first non-white woman ever to hold the job of Fed governor. Jefferson, another economist whose recent work has focused on poverty, would be the fourth Black male to do so. 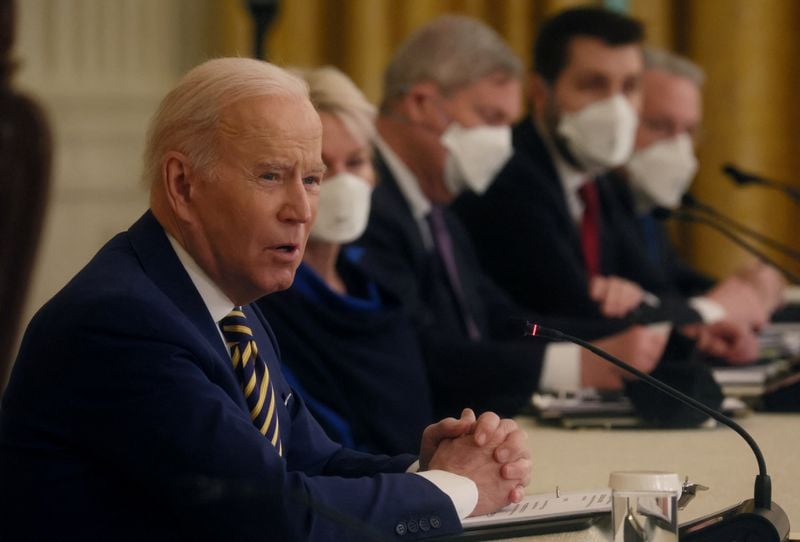