WASHINGTON -Democratic U.S. Senator Ben Ray Lujan has been hospitalized after suffering a stroke last week and is expected to make a full recovery, his chief of staff said in a statement posted on Twitter on Tuesday.

The statement said Lujan, 49, suffered a stroke last Thursday, underwent surgery to ease swelling and is hospitalized in Albuquerque in his home state of New Mexico.

“We are very grateful that he will have a full recovery,” Senate Majority Leader Chuck Schumer said in a brief statement to reporters. “I believe the Senate will be able to carry forward with its business,” he added.

Democrats cannot afford to lose a single vote in the 50-50 Senate, where their razor-thin majority hangs on Vice President Kamala Harris’ tie-breaking vote.

They have big votes coming up, including to confirm President Joe Biden’s nominee to replace retiring U.S. Supreme Court Justice Stephen Breyer and a possible second attempt to pass some of Biden’s “Build Back Better” domestic spending bill.

It was unclear whether any Republicans would join Biden’s Democrats in voting for his nominee as Supreme Court confirmation votes have become highly partisan.

If any senator were to become unable to serve, many states have laws allowing their governors to appoint a temporary successor. New Mexico has a Democratic governor.

Due to Lujan’s absence, the Senate Commerce Committee has postponed votes scheduled for Wednesday on nominees for the Federal Trade Commission, the Federal Communications Commission and the Consumer Product Safety Commission “to take into consideration the need for all Democratic votes in order to move certain nominees forward,” panel spokesperson Tricia Enright said in a statement. 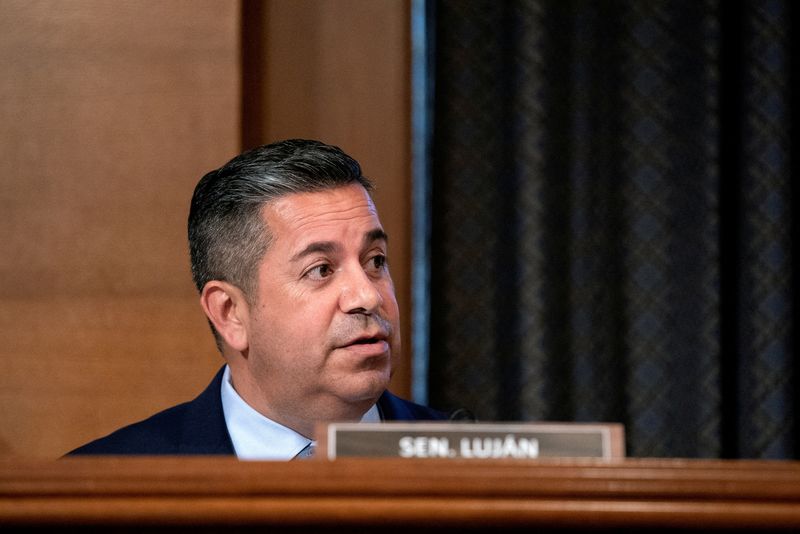 MAGA is Most Extreme Organization in American History, Biden Says

Over 100 Professors Were Targeted For Their Personal Views, Research In 2021

Latest from Tales from the Left