-St. Louis Federal Reserve President James Bullard on Tuesday said he favors starting the turn to tighter U.S. monetary policy with successive rate increases at the Fed’s March, May and June meetings, before assessing whether the pace of inflation requires more aggressive steps from there.

But he pushed back against the idea of kicking off the tightening cycle with a half-percentage point hike in March, noting that markets have on their own started to push up borrowing costs already, and said that how high the Fed will ultimately need to lift rates remains an “open question.”

“The point of this is to get (monetary policy) better positioned right now and in coming months, and then we will be able to assess, at that point, whether we need to do more or not,” during the second half of the year and into 2023, Bullard told Reuters in an interview on Twitter Spaces.

With investors currently anticipating five quarter point increases over the course of the year, Bullard said that “is not too bad a bet…A lot is going to depend on how inflation develops during the year.”

He is not optimistic about how much inflation will fall without the Fed’s intervention. Global factors remained tilted towards higher prices, and Bullard said he thinks the U.S. economy is going to continue to grow strongly – so strong in fact he expects the unemployment rate to fall below 3% by year’s end.

Though the upcoming jobs report for January may show some weakness because of the rise over the holidays in coronavirus cases, “don’t be fooled,” Bullard said. “This is quite the strong economy here and a very strong labor market.”

That would be the lowest unemployment rate since the early 1950s, and likely lead to ongoing wage pressures and sustained consumer spending that could keep prices rising.


As the Fed barrels toward the end of two years of near-zero interest rates, Bullard signaled that uncertainty is so high at this point the Fed may offer less guidance about the overall path of interest rates as it mulls data meeting by meeting.

“We are going to be have to be more nimble, faster, better at reacting to inflation data and other developments as we go through this year,” Bullard said. “It’s going to be a more data-dependent environment.”

Still, Bullard – who for months has been cajoling his colleagues to take a more aggressive stance against soaring inflation – gave somewhat of a roadmap for what he expects on policy and the economy.

On trimming the Fed’s $9 trillion balance sheet, Bullard said he would like to get started in the second quarter and thinks “that the runoff can be faster than it was last time around.”

“We are cognizant of the inflation issue, we’re moving on the policy rate, but we’re also going to move on the balance sheet so we’re not that far from reaching neutral if you are willing to consider both of those,” Bullard said, referring to the interest rate that would neither speed nor slow the economy.

In Bullard’s estimation that rate is between 1.75% and 2%, a bit below where many of his colleagues see it. 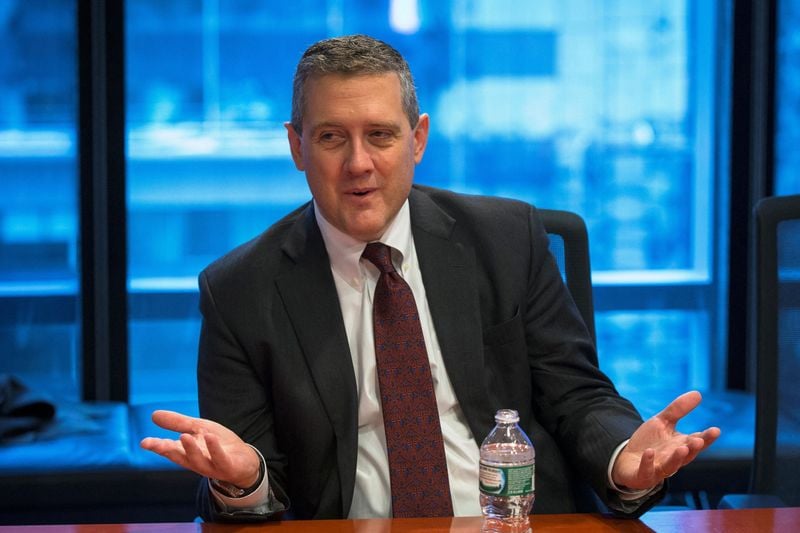