“Production Linked Incentive for manufacture of high efficiency modules, with priority to fully integrated manufacturing units from polysilicon to solar PV modules, will be made,” Sitharaman said while presenting the federal budget.

“This will provide great impetus to support self-reliance while working towards the goal of achieving 280 GW of solar deployment by 2030,” Sinha said in a statement to Reuters.

Sitharaman also announced that the government would issue green bonds, where the money targets an environmentally friendly project, in a bid to raise money for government projects as India looks to reduce the carbon intensity of its economy.

“The allure of sovereign green bonds will give a fillip to our borrowing capabilities abroad, as we present credibility to foreign investors and domestic capital pools,” said Aarthi Sivanandh, partner at law firm J. Sagar Associates.

The government also announced four pilot projects for coal gasification and conversion of coal into chemicals, which it said would be tested for financial and technical viability. 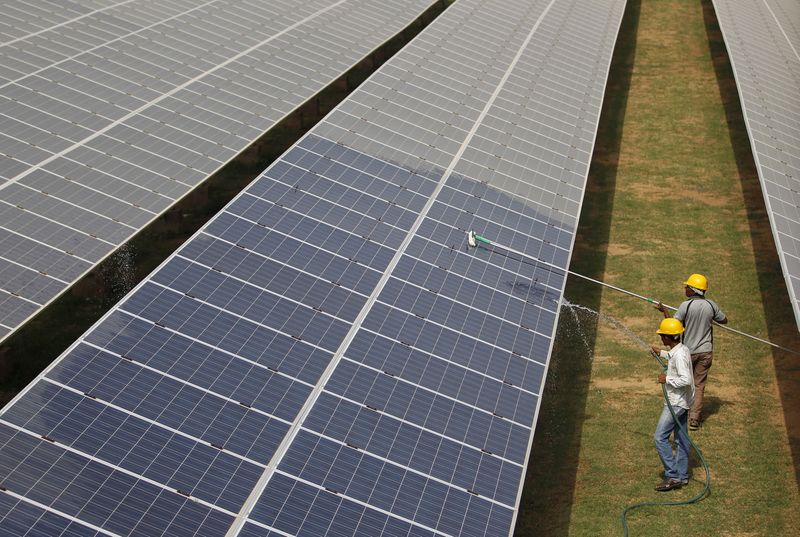