-About 6,500 people have been told to evacuate their homes in Winston-Salem, North Carolina, due to a fire at a fertilizer plant where 600 tons of potentially explosive ammonium nitrate was stored, city officials said on Tuesday.

The blaze at the Weaver Fertilizer Plant started Monday evening. Residents within one mile (1.6 km) of the plant were urged to evacuate and stay away from their homes for up to 48 hours.

“We can’t stress enough how important it is and how seriously people need to take this. If you are within a mile of the plant, you need to leave,” Mayo said.

No injuries had been reported and the cause of fire was not known.

Firefighters responded to a call at 6:45 p.m. local time on Monday and fought the blaze for an hour and half before they abandoned their attempts to extinguish the fire due to the risk of an explosion, Mayo said.

“Right now, we are in a waiting game. It’s not worth having firefighters go in and try to put the fire out,” said Matthew Smith, a hazardous material expert with the state of North Carolina. “As the fire burns, it is also losing fuel.”

The city’s Mayor Pro Tempore Denise Adams, who lives near the facility, said she was watching television when she heard sirens from fire trucks.

“A few minutes later, I heard this tremendous boom,” Adams said during the news conference. “Then, about an hour later, there was another boom.”

On Tuesday, a state helicopter will take a hazmat specialist over the facility to access the situation and take photographs.

“Aside from drone surveillance this morning, this will be our first real daytime look at it just to get an indication of how much fire involvement there is in the area where the ammonium nitrate is stored,” Mayo said.

Officials are monitoring area quality outside of the 1-mile radius of the facility. Winston-Salem residents who have respiratory conditions were urged to stay indoors.

An old unmanned fire truck was hooked up to a hydrant and dousing the railcar loaded with ammonium nitrate on fire at the facility with water, Assistant Fire Chief Jerry Hardison said in a Facebook post.

“The area where ammonium nitrate was added is not actively burning at this time. It’s smoldering” Hardison said, noting that the temperature of the fire needs to be kept under 400 degrees Fahrenheit (204°C), the flash point of ammonium nitrate.

In 2020, a massive blast at a warehouse used to store ammonium nitrate in Beirut, Lebanon, killed at least 100 people and injured nearly 4,000, while an explosion at a Texas fertilizer plant killed 15 and injured about 200 in 2013.

“We are not out of the woods,” Mayo said when asked to compare the situation in Winston-Salem to the previous deadly explosions. 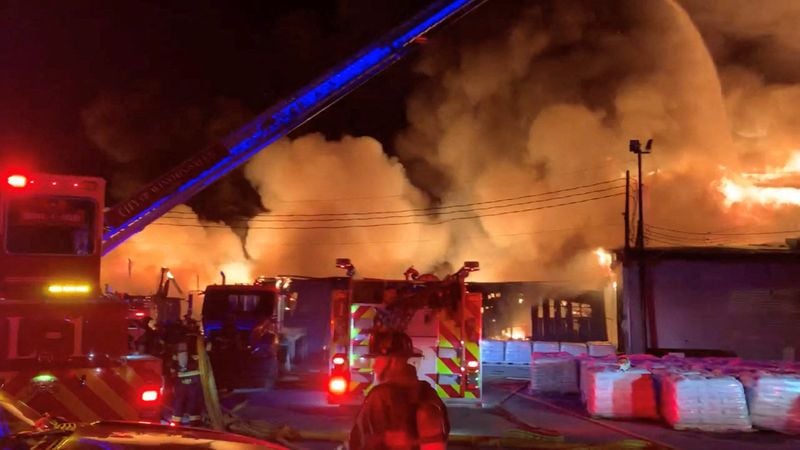 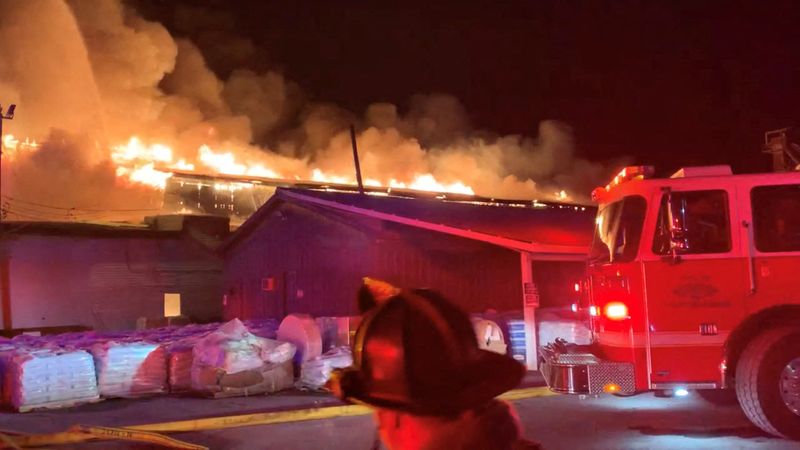 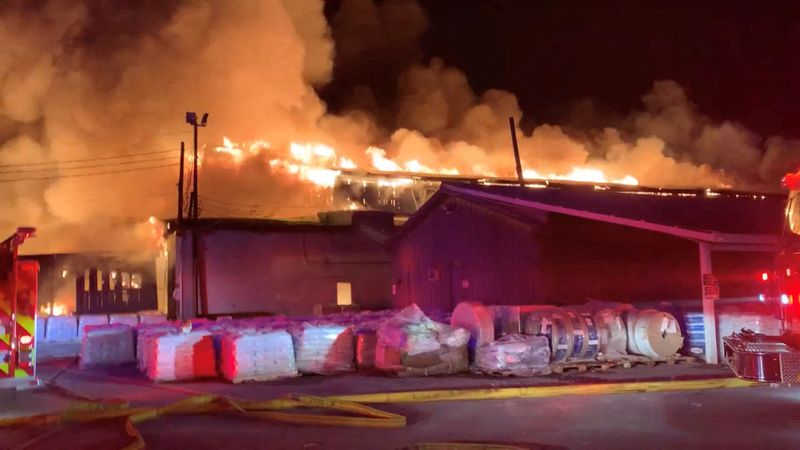