– Pfizer Inc and Germany’s BioNTech SE are expected to submit an emergency use authorization request as early as Tuesday to the U.S. Food and Drug Administration (FDA) for vaccines for children aged six months to 5 years, the Washington Post reported on Monday.

Coronavirus vaccines for children younger than 5 could be available as soon as end-February under a plan that would lead to the potential authorization of a two-shot regimen in the coming weeks, the Post reported, citing people briefed on the situation.

The report says that the FDA urged the companies to submit the application so that regulators could begin reviewing the two-shot data.

“The idea is, let’s go ahead and start the review of two doses,” the report quoted one of the people familiar with the situation as saying. “If the data holds up in the submission, you could start kids on their primary baseline months earlier than if you don’t do anything until the third-dose data comes in.”

Pfizer, BioNTech and the FDA did not immediately respond to Reuters requests for comment.

Pfizer said in January it expected the latest results from a clinical trial for kids under the age of 5 by April, after it amended its study to give a third dose to everybody who’s less than five at least eight weeks after their last vaccination.

The company amended the study because children between the ages of 2 and 4 who were given two 3-microgram doses of the vaccine did not have the same immune response that a larger dose of the vaccine generated in older children.

(Reporting by Juby Babu and Akriti Sharma in Bengaluru; Editing by Richard Pullin and Shailesh Kuber) 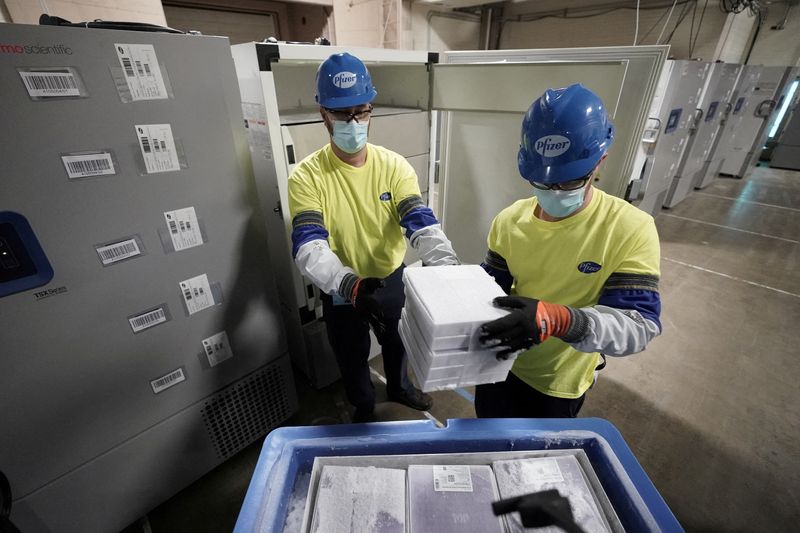