GENEVA – A single lightning bolt that leapt across three U.S. states has been identified as the longest ever, the U.N. weather agency said on Tuesday.

Dubbed a megaflash, the rare low-rate horizontal discharge covered 768 kilometres (477 miles) between clouds in Texas and Mississippi in April 2020. It was detected by scientists using satellite technology and its distance – beating the previous record by 60km – confirmed by a World Meteorological Organization committee.

“That trip by air(plane) would take a couple of hours and in this case the distance was covered in a matter of seconds,” WMO spokesperson Clare Nullis said.

Another megaflash that occurred above Uruguay and Argentina in June 2020 also set a new record, as the longest-lasting at 17.1 seconds, the WMO said.

While these two newly catalogued megaflashes never touched the ground, they serve as a reminder of the dangers of a weather phenomenon that kill hundreds of people a year.

“We reiterate our message: when thunder roars, when you see lightning – go indoors. Don’t seek shelter in a beach hut, don’t stand under a tree,” Nullis said. 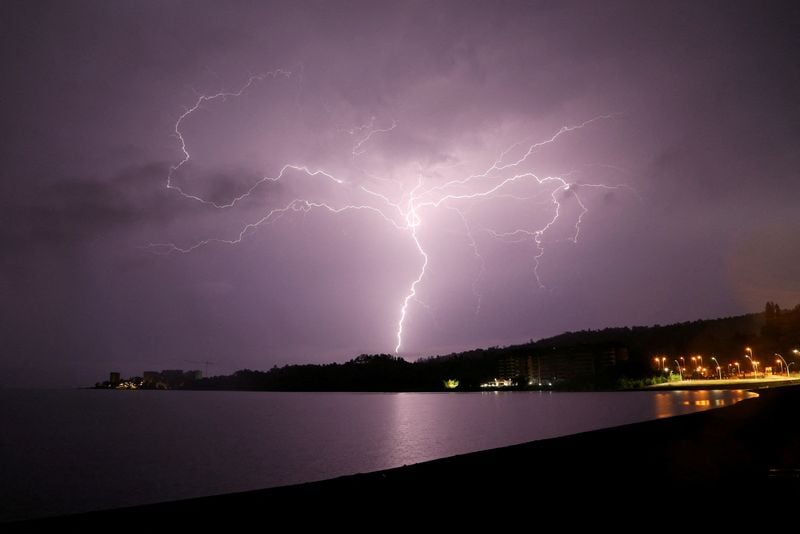