OTTAWA -An ongoing protest in Canada’s capital is unlikely to succeed in its objective of repealing COVID-19 vaccine mandates, but is pulling a troubled Conservative opposition even further to the right, eroding its chances of returning to power.

The Conservatives, who lost their third consecutive election to Prime Minister Justin Trudeau’s Liberals last year, are torn between leaning towards populism or moderating their policies to attract the centrist voters who will likely be key to winning the next election, which could occur within two years.

On Wednesday, this split cost Conservative leader Erin O’Toole his job https://www.reuters.com/world/americas/main-rival-canadas-trudeau-will-resist-efforts-oust-him-2022-02-01 as party leader. Conservative lawmakers decided to remove him by a 73-45 vote.

O’Toole’s reluctance to quickly embrace the anti-mandate protest in Ottawa “galvanized” those who wanted the Ontario politician to go, said a former senior Conservative official, who declined to be identified due to the sensitivity of the matter.

A shift to the right poses a problem for the Conservatives because of the middle-of-the-road character of most Canadian voters, on the right and left, said Darrell Bricker, chief executive officer of pollster Ipsos Public Affairs.

“There is no national government lead by a hard-right option. It’s basic math,” he said.

The protest continued to cause gridlock in downtown Ottawa as demonstrators seek to overturn COVID-19 vaccine mandates championed by Trudeau, including one for cross-border truckers https://www.reuters.com/world/americas/canadas-trudeau-slams-fear-mongering-over-covid-vaccine-mandate-truckers-2022-01-24.

About 79% of Canadians have had two COVID-19 vaccine shots and many of the measures to fight the pandemic, including mask or vaccination requirements, had been largely accepted as common-sense public health measures by politicians across the political spectrum.

But opposition to pandemic restrictions is growing increasingly political, with some – like the demonstrators in Ottawa – adopting the more polarized views espoused south of the border by former U.S. President Donald Trump.

“The pulling towards a more Trumpian ideology, or more Trump-esque political discourse, is something that we’ve seen in Canada,” said Shachi Kurl, president of the Angus Reid Institute polling company.

Trump praised the Ottawa protest where hateful symbols often seen at his rallies, like Confederate flags or swastikas, have been spotted among the crowd, prompting many Canadians to express their outrage on social media.

‘PAINTED INTO A CORNER’

On Monday, O’Toole warned that if the party swerved too far to the right, it would be “angry, negative, and extreme.” He has yet to comment on being removed as Conservative leader.

The latest COVID-19 wave, driven by the Omicron variant, has started to turn opinion against lockdowns, and that is especially true for Conservative voters.

Trudeau, who heads a minority government that depends upon opposition support to pass legislation, would be the obvious winner if serious turmoil riles the Conservatives, especially if – as some predict – the party splits in two.

The Liberal leader, who first took power in 2015, this week bashed “those who fly racist flags” and defended vaccination as a tool that can help end the pandemic.

The current Conservative Party was formed by the 2003 merger of the right-wing Canadian Alliance and the center-right Progressive Conservatives. That merged party won three consecutive federal elections between 2006 and 2011.

The party, however, has struggled to raise money since the Sept. 20, 2021 election loss, garnering C$3.1 million ($2.44 million) in the fourth quarter of last year, less than half that generated in the same quarter of 2020 and less than what the Liberals brought in, according to official data.

“The Conservatives are painted into a corner,” Kurl said, because they alienate their centrist supporters by backing the anti-mandate protest, and their right-leaning supporters if they do not. 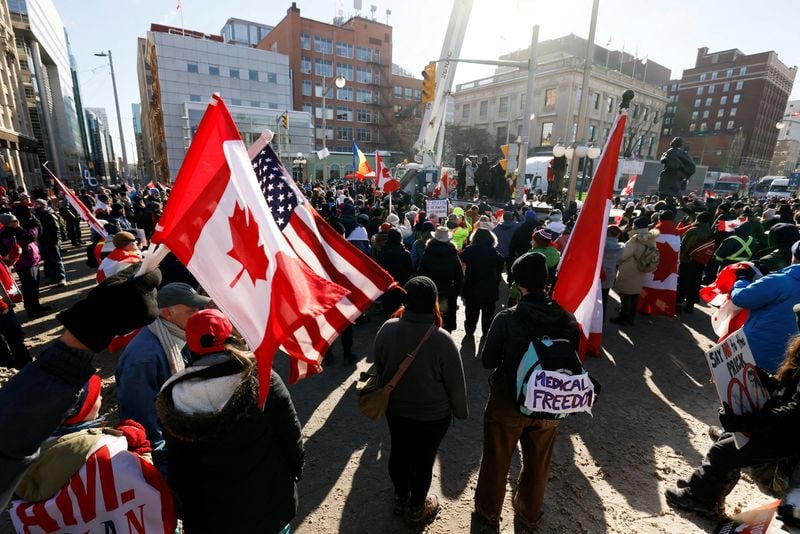 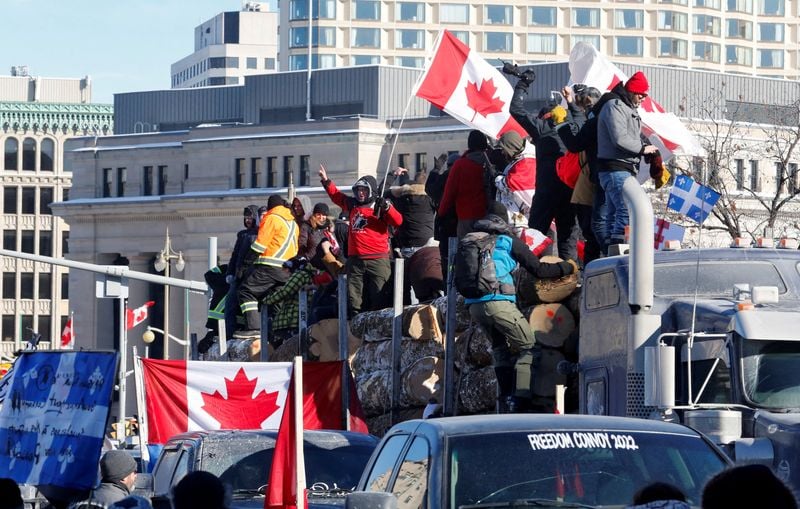 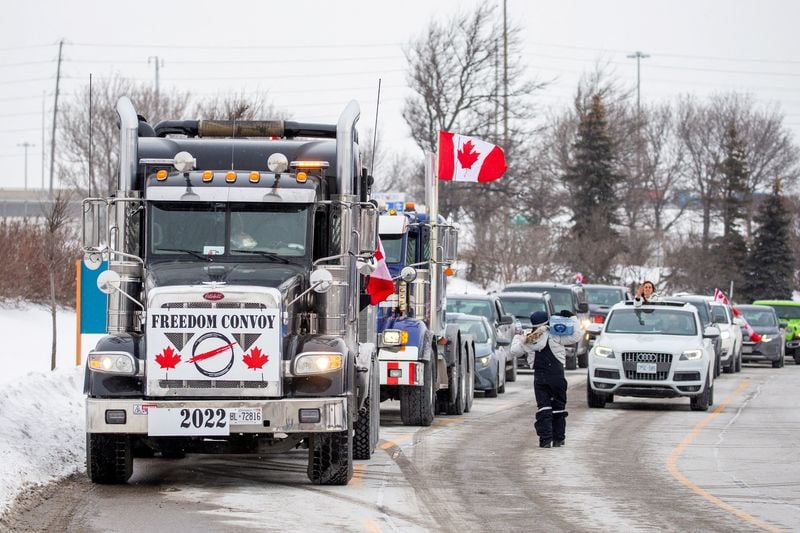 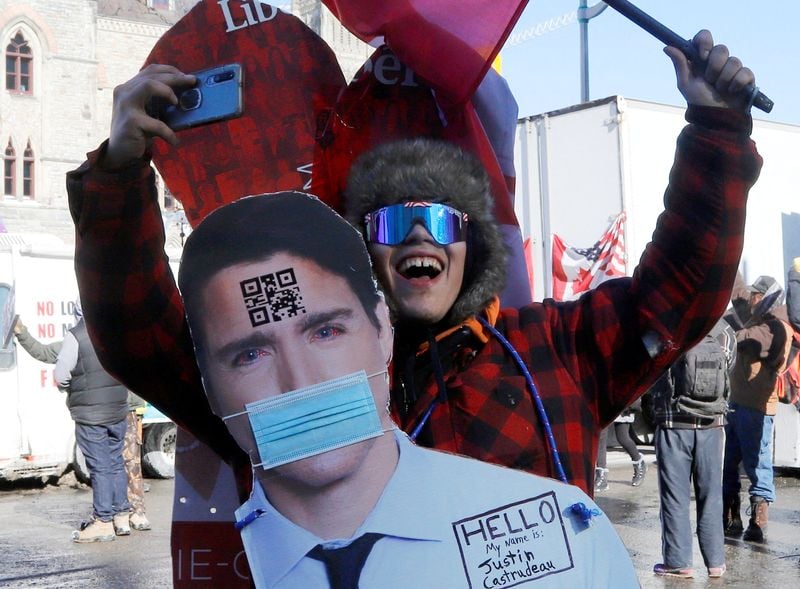