WASHINGTON – U.S. labor unions and a consumer safety advocate on Wednesday urged the Biden administration to add more safeguards to ensure autonomous vehicles are safe before being deployed in wide numbers on U.S. roads.

Lawmakers at a U.S. House Transportation and Infrastructure subcommittee hearing raised concerns about self-driving vehicles but also said the technology could help prevent tens of thousands of road deaths.

“We need to know what’s happening on our roads, and the way to accomplish safety is through regulation,” said Cathy Chase, president of Advocates for Highway and Auto Safety, in arguing for minimum performance standards.

Ariel Wolf, general counsel for industry group the Autonomous Vehicle Industry Association, told lawmakers “autonomous vehicles are not only safe but they are making our roads safer. There is a crisis on our roadways.” The AVIA represents Ford Motor Co, Alphabet Inc’s Waymo, General Motors Co’s self-driving Cruise unit and others.

Traffic deaths in the first nine months of 2021 were the highest since 2006, U.S. regulators said on Tuesday.

Legislation to speed the deployment of self-driving vehicles and ease hurdles has been stalled for years and shows no sign of moving. U.S. safety regulators are also investigating a number of crashes involving Tesla Inc’s driver assistance system, Autopilot. Tesla has said its systems are safe.

Under pressure from regulators, Tesla on Tuesday agreed to disable a feature from its “Full Self-Driving” (Beta) feature that allowed vehicles to drive through a stop sign without coming to a complete stop, at low speeds. Representative Hank Johnson criticized Tesla’s feature at Wednesday’s hearing.

Teamsters official Doug Bloch told the committee that “all workers deserve to know that an autonomous vehicle or bot traveling next to them is safe enough to share the same road or worksite.”

There are over 1,400 automated vehicles currently in testing by more than 80 companies across 36 states, said U.S. Representative Peter DeFazio, who chairs the full committee.

“In order to reap the safety benefits of AVs, regulators must do their part to hold industry accountable in this process and ensure that AVs deliver on their promise of safer roads,” DeFazio said. “We know what can happen when regulators let industry go unchecked … We cannot cut corners in the name of expediency or convenience.”

Many lawmakers raised questions about whether self-driving vehicles could imperil jobs. 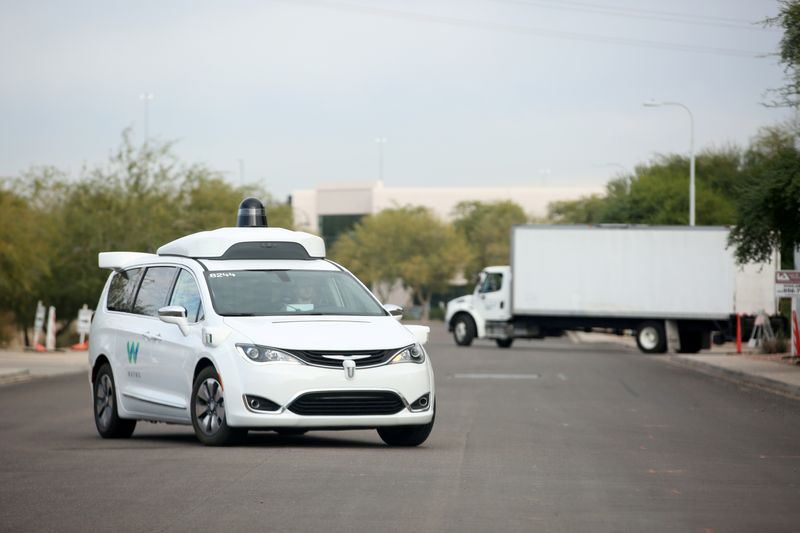