LONDON -British Prime Minister Boris Johnson has promised to shake up operations in his 10 Downing Street office to try to survive his gravest crisis yet over boozy events held at the heart of power during COVID-19 lockdowns.

Key to the organisational changes is a promise he made on Monday to lawmakers from his Conservative Party at a meeting in parliament to turn to Lynton Crosby, an Australian political strategist who has helped him before and is respected by many Conservative lawmakers, as an ad hoc “strategic adviser”.

Johnson then reaffirmed his commitment to one of the promises that got him elected in 2019 – “levelling up” Britain to reduce chronic inequality between the affluent south of England and the more deprived north, which was welcomed more widely than expected.

Johnson has sent a clear signal: he is betting on a change of style targeting his administration rather than a change of substance to get through the scandal over alleged staff parties at No. 10 while the country was under lockdown to help curb the spread of COVID-19.

“He needs to start delivering so people start feeling the benefit,” one veteran Conservative said on condition of anonymity. “Just get stuff done.”

Another who attended the meeting said: “The penny has dropped.” They said Johnson seemed to have finally understood that for many lawmakers, Downing Street felt remote, handing down orders without listening to other opinions in the party.

Since becoming prime minister in July 2019, Johnson has taken Britain out of the European Union and led it through the COVID-19 pandemic. He has also proved gaffe-prone and is now facing calls to resign, including from some Conservatives.

He is not out of the woods. After a failed rebellion by newer lawmakers fizzled out last month, he is now seeing a steady stream of more senior Conservatives announcing they are calling for him to go.

In the latest sign of the disarray that has put Johnson under intense pressure, Munira Mirza, his head of policy who had worked with him for 14 years, resigned on Thursday over a false accusation Johnson made against the opposition Labour party leader during heated exchanges in parliament on Monday.

Johnson accused Labour chief Keir Starmer of having failed, when in a previous job as Director of Public Prosecutions, to prosecute one of Britain’s worst sex offenders, stirring an uproar. Johnson tried to row back from the allegation on Thursday but later said he did not agree with Munira’s statement that his comments were inappropriate.

After the release of an initial report into the lockdown events by senior civil servant Sue Gray that cited “serious failures of leadership”, and London police launched their own investigation into the reported parties, Johnson addressed worried Conservative lawmakers packed into a room in parliament.

He accepted that his team in Downing Street needed to be more inclusive, his cabinet team of top ministers strengthened and that he had to be more accessible to lawmakers, many of whom have questioned whether he even knew their names, they said.

Johnson now plans to create a new office of the prime minister, with a permanent secretary to lead No. 10, and to review codes of conduct for government workers.

Central to appeasing his lawmakers was Johnson’s announcement that Crosby “was going to be asked to give strategic advice”, one of those present said.

Crosby did not immediately respond to a Reuters email request for comment about his plans, which lawmakers said might involve a member of his team being brought on a more permanent basis into Downing Street.

Crosby is seen as a man who can “focus and bring out the best version of Boris”, the veteran Conservative said, suggesting he could help rebuild relations between Downing Street and restive Conservative members of parliament.

Another said Crosby and his team would bring “the focus and the discipline to deliver” on policy.

But Crosby also carries risks for Johnson. He has in the past drawn fire over some of his campaign tactics and his return to favour will not placate all Conservatives.

Johnson faces other dangers as well. Intensified scrutiny of his actions will come when police complete their inquiry into the alleged lockdown parties and when Gray’s full report comes out, and he is likely to be confronted by more calls to quit.

Aware of this, Johnson is seeking to reassure his party he will not make any big policy changes to ride out the crisis, but instead, when he can, return to be a tax-cutting, small-state Conservative – after pushing through much criticised increases to some taxes to tackle a health and social care crisis.

Johnson reinforced that message on Wednesday when his government set out its flagship “levelling-up” plan, the extension of a campaign pledge that helped the Conservatives win votes in longtime opposition strongholds in 2019.

Johnson told parliament his government must now “get on with the job”. Doing so is vital to his own future. 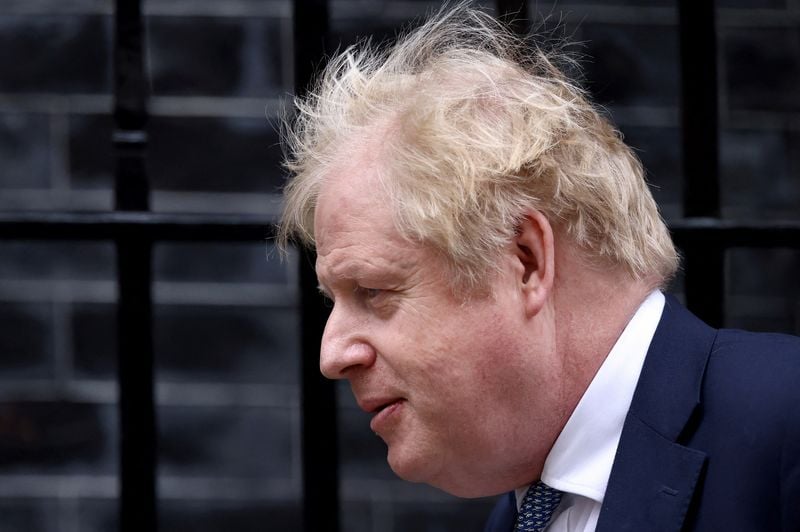 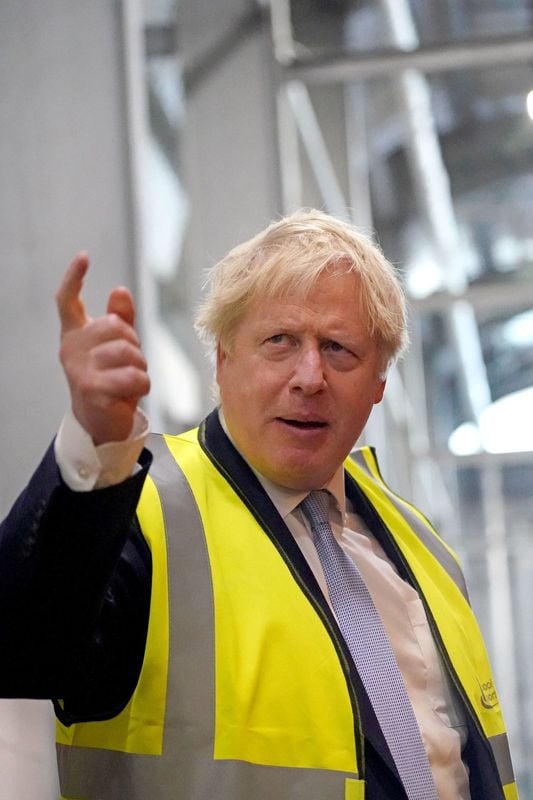 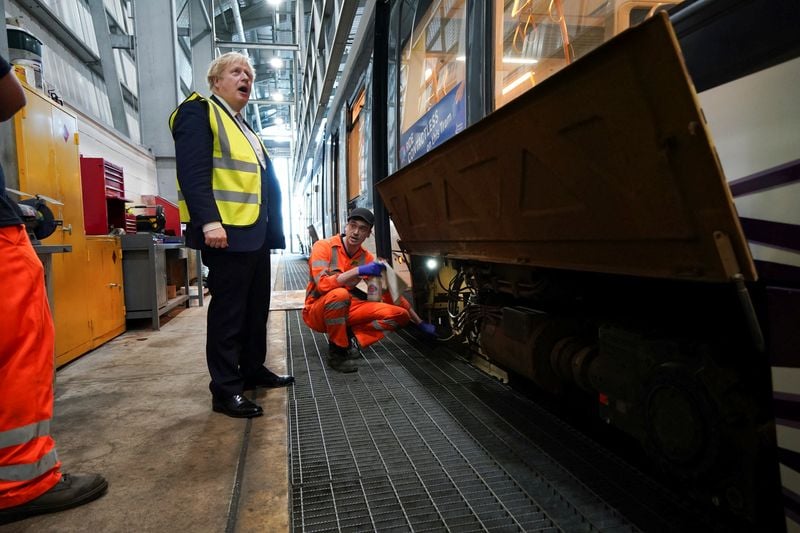 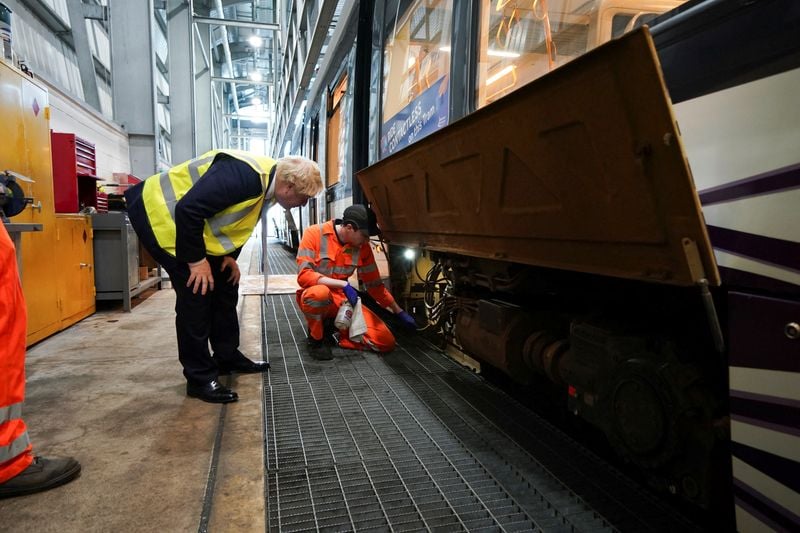 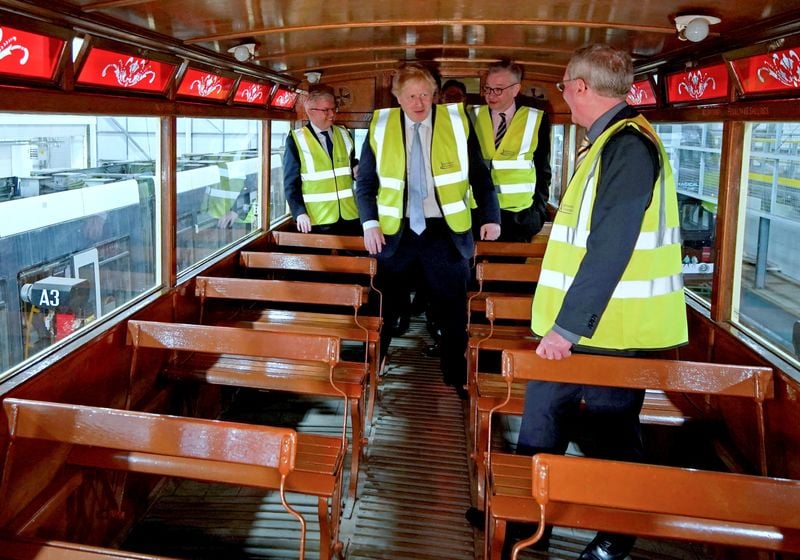