WASHINGTON – President Joe Biden’s public approval rating fell to the lowest level of his presidency this week, a danger sign for his Democratic Party which risks losing control of Congress in the Nov. 8 elections, according to a Reuters/Ipsos opinion poll.

The national poll, conducted Feb. 2-3, found that 41% of U.S. adults approved of Biden’s performance in office, while 56% disapproved and the rest were not sure. The prior week’s poll had put Biden at a 45% approval rating and 50% disapproval.

Americans appear increasingly exhausted by the COVID-19 pandemic and its economic toll. About six in ten think the country is heading in the wrong direction, with the economy and public health most often cited as top concerns, the poll showed.

After holding above 50% in his first months in office, Biden’s popularity began dropping in mid-August as COVID-19 deaths surged across the country and the U.S.-backed Afghan government collapsed.

Democrats are increasingly worried that dissatisfaction with Biden’s presidency could cost them their congressional majorities. If Republicans take control of either the U.S. House of Representatives or Senate, Biden’s legislative agenda could be doomed.

Biden’s popularity remains above the lowest levels seen by his predecessor, Donald Trump, whose approval rating sank to as low as 33% in December 2017.

The Reuters/Ipsos poll is conducted online in English throughout the United States. The latest poll gathered responses from a total of 1,005 adults, including 443 Democrats and 377 Republicans. It has a credibility interval – a measure of precision – of 4 percentage points. 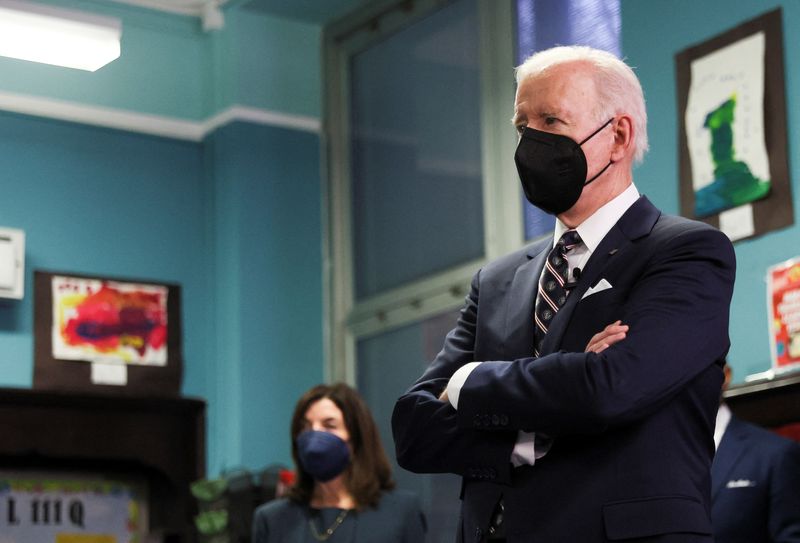