Some governments in the currency union have been encouraging citizens to stay at home to try and stop the more virulent variant from spreading while steep price rises, caused in part by supply and labour issues, have also kept demand in check.

IHS Markit’s final Composite Purchasing Managers’ Index, seen as good guide to overall economic health, dropped to 52.3 in January from 53.3 in December, its lowest since February last year and just below the 52.4 preliminary estimate.

“The slowdown coincides with virus-fighting containment measures having been tightened to the highest since last May across the euro zone amid the surge in COVID-19 cases linked to Omicron.”

Those measures had a particular impact on the services industry and its PMI fell to a nine-month low of 51.1 from December’s 53.1.

Demand growth almost dried up, and the services new business index sank to 51.3 from 52.5, its lowest since April and not far above the 50 mark separating growth from contraction.

Consumers have seen prices rising sharply in recent months and January was no exception. With input costs rising, firms passed on some of that burden to customers and the composite output prices index rose to 61.9 from 60.6.

The index has only been higher once since IHS Markit began collecting the data in late 2002 – and that was in November.

Euro zone inflation is set to rise faster throughout 2022 than previously expected, according to economists polled by Reuters last month, potentially pressuring the European Central Bank to tighten policy.

The ECB, which meets later on Thursday, has so far resisted calls for tighter policy and stuck to its view price pressures would ease this year. 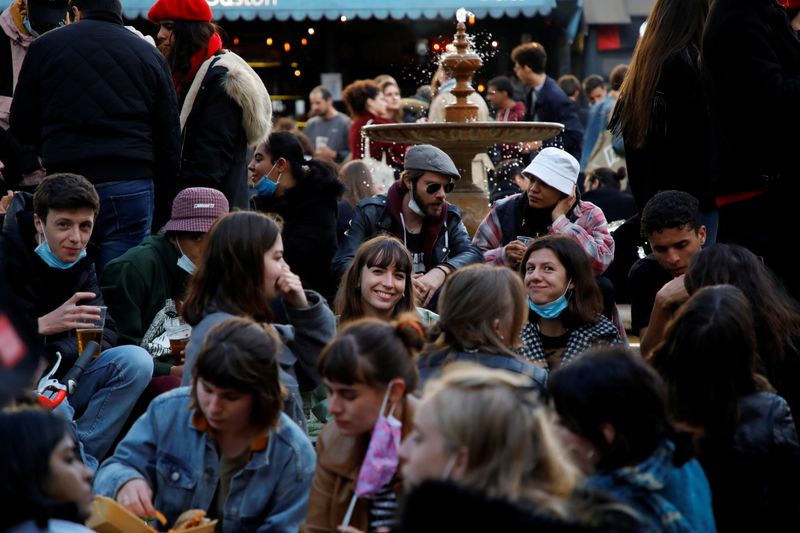