SAN FRANCISCO – Automakers, including General Motors, Ford Motor and Hyundai Motor, predict a near two-year chip constraint will ease in the second half of 2022, but automotive chipmakers, on the other hand, expect a recovery to take longer.

During their quarterly results reporting over the past two weeks, GM CEO Mary Barra projected the semiconductor shortage would diminish in the second half, Ford forecast a significant improvement in the second half after a first-quarter low in vehicle sales, and Hyundai predicted chip supply would return to normal levels in the third quarter of this year.

But leading automotive chipmakers like NXP and Infineon forecast a supply squeeze to persist despite production increases.

The differing outlooks on the most pressing issue facing the automobile industry prolong uncertainty about its recovery from the coronavirus pandemic and risk hampering its efforts to transition to new, chip-intensive technologies such as electrification and safety and driving-assistant features.

The chip shortage will cost the global auto industry in 2021 $210 billion in revenues and lost production of 7.7 million vehicles, consultant AlixPartners estimated in September.

But the tide is definitely turning, according to the automakers.

Tesla, which managed chip supplies last year through strategies including writing new software to handle changes in chips, expects chip shortages to last through this year before easing next year.

Chief Executive Elon Musk told an earnings call last month the shortage was not a long-term issue, with factories increasing capacity and automakers guilty of panic buying of chips which slowed the supply chain.

“I think there’s some degree of the toilet paper problem as well, where, you know, there was a toilet paper shortage during COVID, and like, obviously, it wasn’t really certainly a tremendous enhanced need for ass wiping. It’s just people panicked…”

“I do think that a lot of our peers along with us are prioritizing the auto business and shipping as much as you can,” Akash Palkhiwala, Qualcomm chief financial officer, told Reuters.

Infineon said on Thursday the supply-demand balance would improve in some chips for the second half of this year, but the market for mature chips – crucial to automakers – would remain tight.

“Supply limitations are far from over and will persist well into 2022,” Infineon CEO Reinhard Ploss said during an investor call. Infineon is concerned that the spread of the Omicron COVID-19 variant would lead China, with its zero-COVID strategy, to shut down factories, limiting supply.

NXP also said the industry would not get out of the supply-demand imbalance this year.


Semiconductor makers have an incentive to focus on the newest, most expensive chips, and Apple Inc’s Tim Cook said there were significant supply constraints on “legacy nodes,” less sophisticated chips used in power management and display devices, although they are improving in the current quarter.

“There are a couple of the fabs that are going to come online towards the end of the year that will help those markets but not fully solve the problems,” said Peter Hanbury, a partner at Bain & Company.

A chip factory takes a couple of years to build and another couple to get to maximum capacity, STMicroelectronics said. The company said in November that it would take until 2024 or 2025 to see a major increase in capacity.

“We’re very dependent on TSMC for our feature-rich nodes. Obviously, the capacity is at risk over time as the industry moves to more advanced nodes, including us,” Farley said during a conference call.

He said Ford would put cash up to work with GlobalFoundries on older node chips though it will take time for the chipmaker to build the chips in the United States.

“We have very painfully learned the lesson that we cannot manage the supply chain for these key components as we have,” he said, adding that supply chain is critical to the transition to vehicle electrification and digitalization. 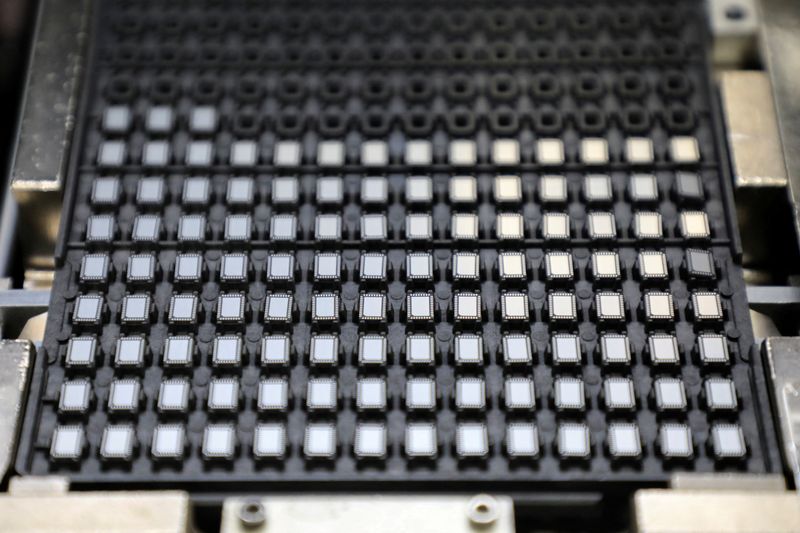