– Bigger-than-expected U.S. job gains last month are fueling market bets that the Federal Reserve will kick off its interest rate hikes in March with a hefty half-point jump.

That’s likely a bridge too far, given what Fed policymakers have said, where the jobs market is now, and what history suggests. But they do cement expectations that the Fed will raise rates at most of its remaining seven meetings this year as it moves to battle high inflation without undermining the labor market recovery.

Interest-rate futures traders largely expect Fed policymakers to raise the target range of the overnight borrowing rate between banks by a quarter-of-a-percentage point, to 0.25%-0.50%. But they are also pricing in a 31% chance of a bigger, half-point rate hike

That’s up from about a 13% chance priced in before the U.S. Bureau of Labor Statistics reported employers added 467,000 jobs in January. The job gains surpassed even the most optimistic of economist estimates in a Reuters poll; most had expected that the surge in COVID-19 cases would dent demand for workers.

But the report suggested the opposite, as average hourly wages rose 5.7% from a year earlier, and the number of people employed or looking for work increased, a metric closely watched as a sign of labor market health. There are still 2.8 million fewer jobs than before the pandemic hit the U.S. economy in March 2020, but the jobs gap is narrowing steadily.

(Graphic: The jobs hole facing Biden and the Fed, https://graphics.reuters.com/USA-ECONOMY/JOBS/jbyprzlrqpe/chart.png)

Since the 1990s, when the Fed is considered to have largely tamed inflation, 50 basis-point hikes have been the exception and have never been used to start a tightening cycle.

To St. Louis Federal Reserve President James Bullard, one of the Fed’s most strident supporters of earlier and faster policy tightening, it wasn’t clear what starting with a bigger bang would accomplish.

Since late last year markets have been tightening financial market conditions on their own, anticipating Fed actions that have not been taken yet. The yield on the benchmark 10-year Treasury note rose Friday to 1.9%, the highest it’s been in over two years.

At this point “It is not clear what you are buying with a 50 basis point move,” Bullard told Reuters Tuesday. “In a way we have done a lot of the work already and I am not sure it behooves us to do a dramatic funds rate increase” in March.

But the January data might cause the Fed to reassess somewhat. Policymakers had expected the recent surge of coronavirus cases to at least slow hiring. Instead the economy powered through and wages continued rising.

Labor force participation, which the Fed had worried might be permanently stuck low, rose to 62.2%.

Several industries, including transportation and retail, today employ more people than they did before the pandemic, though the workforce in the leisure and hospitality industry – hit harder than other sectors – remains 10% below its pre-pandemic level.

The strong January hiring – along with big upward revisions for past months – “completely changes the narrative about the labor market and the broader economy,” writes Jefferies’ Aneta Markowska.

“What looked like a summer surge followed by a winter freeze, now looks like a very steady growth momentum that’s not abating at all,” Markowska wrote. That could signal the Fed may need to continue its tightening cycle well into 2023 and even 2024 to keep a grip on inflation, she said. Others agreed.

“We still think that a slowdown in first-quarter GDP growth will persuade officials to start slow, although they could project a bigger cumulative tightening over the next few years,” economists at Capital Economics said after the jobs report. 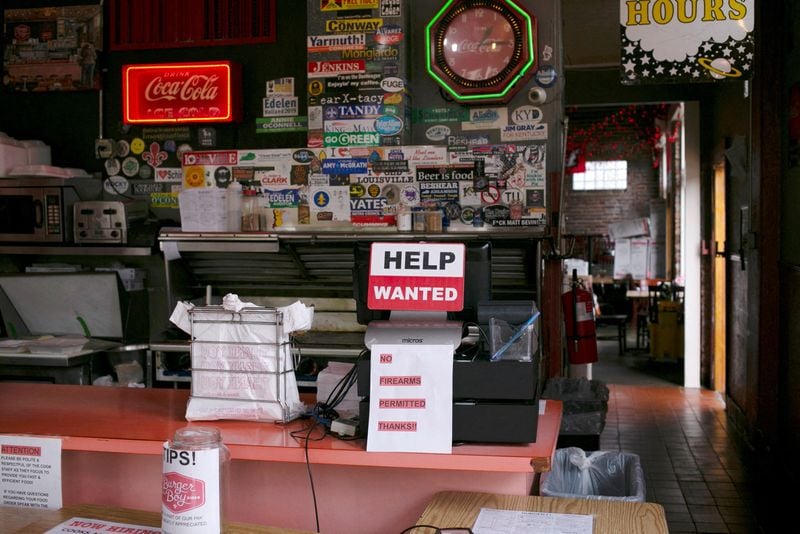