BEIJING – Chinese President Xi Jinping opened a Beijing Winter Olympics on Friday that not only bear the mark of the global coronavirus pandemic but are also mixing sport and global politics as few others have since the era of the Cold War.

The scintillating opening ceremony ended with a member of China’s Uyghur minority – whose treatment is the focus of international human rights criticism – helping to light the Olympic cauldron, hours after Xi announced a new strategic alliance with visiting Russian President Vladimir Putin.

Three thousand performers took to a stage comprising 11,600 sq metres of high-definition LED screens in the famed Bird’s Nest stadium, before a crowd thinned out by COVID-19 restrictions.

Dancers poured in waving glowing green stalks to mark the first day of spring on the Chinese calendar, followed by an explosion of white and green fireworks that spelled the word “Spring”.

On a three-dimensional cube resembling a block of ice, lasers carved figures from each of the previous 23 Winter Games. The block was then “broken” by ice hockey players, enabling the Olympic rings to emerge, all in white.

The lighting of the stadium cauldron by the last athlete in the torch relay, their identity kept secret until the last moment, usually provides the climax at the end of the Olympic opening ceremony, and this one proved especially significant.

China’s treatment of the Uyghur Muslims in Xinjiang – which Washington deems genocide – was the trigger for a diplomatic boycott by several Western countries including the United States.

China rejects allegations of human rights abuses and sought to convey a spirit of inclusion during the ceremony, in which the Chinese flag was passed among 56 people representing its ethnic groups before being raised for the national anthem.

But as in Japan half a year ago, the COVID-19 pandemic imposed severe constraints, not least by paring down the number of visitors able to see the spectacle in person.

With China still sticking to a “zero Covid” policy despite the Omicron variant spreading fast across the globe, organisers decided last month not to sell tickets to the public, kept outside a “closed loop” of competitors and other personnel.

Though smaller in scale than the 2008 Games – dubbed China’s “coming out party” – the Beijing Winter Olympics are being staged by a China that is much more prosperous, powerful, confident and confrontational under Xi.

Hours before they began, Xi and Putin unveiled their alliance, proclaiming a “no limits” friendship between their countries.

It was a stark reminder of a backdrop of geopolitical rivalry unseen since the tit-for-tat Cold War boycotts of the 1980s, when the United States refused to attend the Olympics in Moscow and the Soviet Union stayed away from Los Angeles.

With tensions on both sides of the Eurasian land mass at their highest for decades, Putin and Xi publicly took each other’s sides over a range of grievances, most notably Ukraine, where the West accuses Putin of preparing for war.

The Russian leader – who hosted his own Winter Olympics in Sochi in 2014, days before sending troops to seize Ukraine’s Crimean peninsula – thanked Xi for inviting him, adding: “We know first-hand that this is a huge job.”

In a joint Russian-Chinese statement, Beijing backed Russia’s longstanding call for NATO to halt its expansion – Moscow’s central demand in a dispute with Western countries that say they believe Putin is preparing for war in Ukraine.

Russia, which has deployed more than 100,000 troops to the Ukrainian frontier, denies planning to invade but says it could take unspecified military action unless its security demands are met.

Moscow, for its part, said it fully supported Beijing’s stance on Taiwan and opposed Taiwanese independence in any form.

But political leaders from the United States and other Western countries were absent, having cited persecution of the Uyghurs and other Muslim minorities, which Beijing denies.

China calls them re-education and training facilities, says it is fighting religious extremism, and denies abuses.


“By selecting a Uyghur athlete to light the torch, China is trying to address criticism by the West about genocide or persecution of the Uyghurs, and about sinocisation of ethnic minorities,” said Ma Haiyun, an expert on Xinjiang and an associate professor at Frostburg State University in Maryland.

“But I don’t think this can have much effect on the West, which tends to think most of what China puts up is a show anyway.” 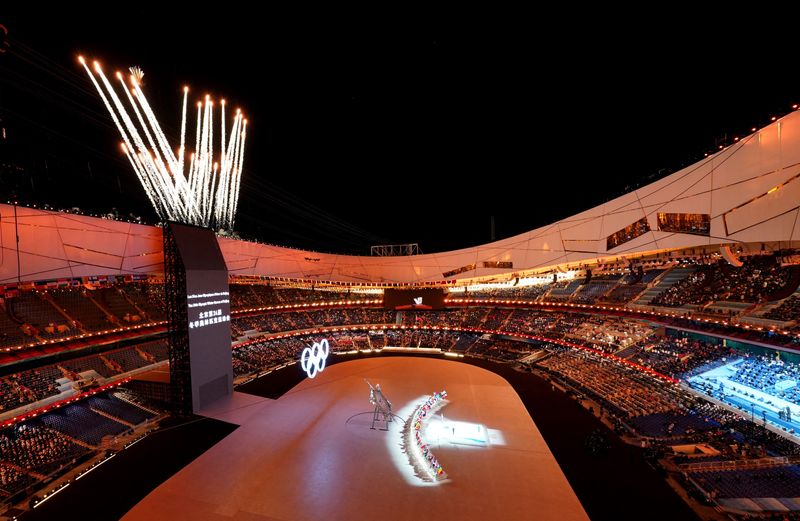 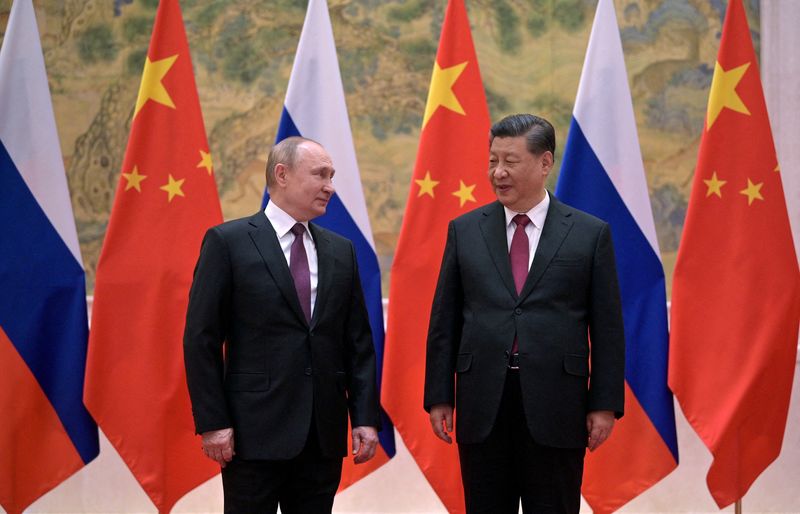 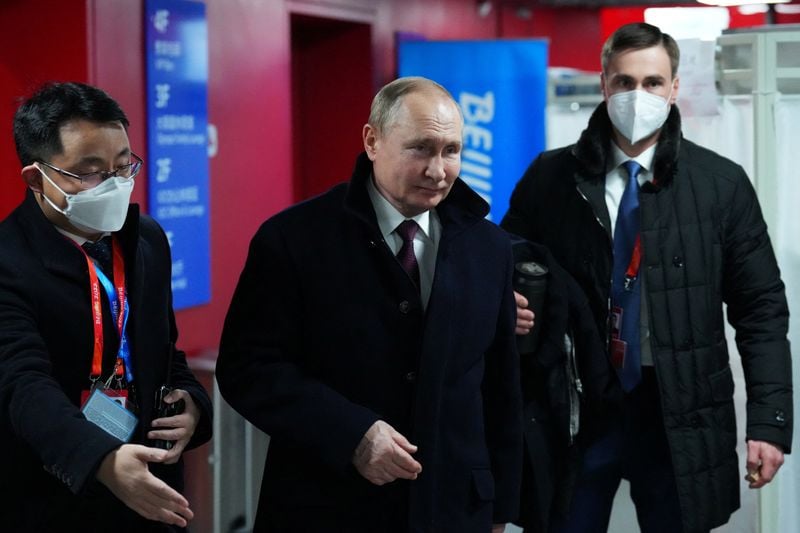 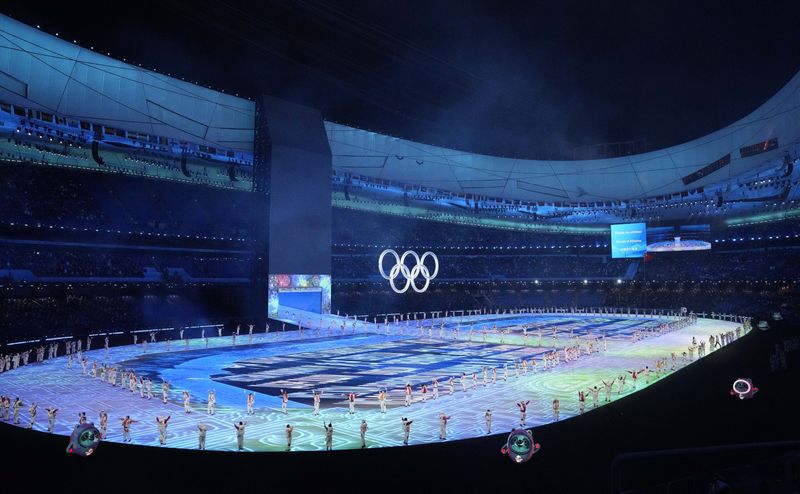 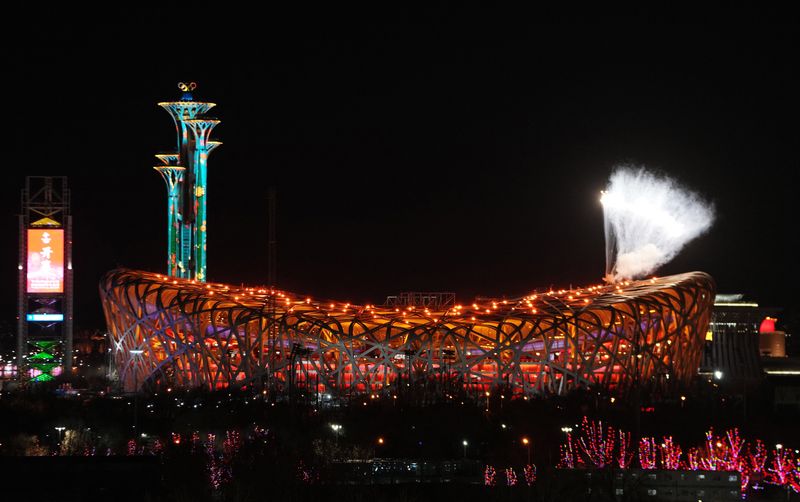