YAVORIV, Ukraine – Ukrainian troops on Friday trained at the Yavoriv military base in western Ukraine, using anti-tank missiles, launchers and other military hardware delivered by the United States as part of a $200 million security package.

Soldiers, some in white camouflage gear, fired missiles or stood observing, while military vehicles drove across a snowy landscape.

Ukraine has received planeloads of U.S. military aid as it braces for a possible attack after Russia massed tens of thousands of troops near Ukraine’s borders in recent weeks. Moscow denies planning any such offensive.

“These weapons will help stop military vehicles, damage them and in the urban environment they will allow us to destroy buildings where the enemy hides,” said Andriy Bestyuk, spokesman for the General Staff of the Ukrainian army.

“If you want peace, get ready for war,” said one soldier, whose face was covered and did not disclose his name.

Ukrainian Defence Minister Oleksii Reznikov on Friday evening said that the next planeload of U.S. weapons was expected to arrive soon. 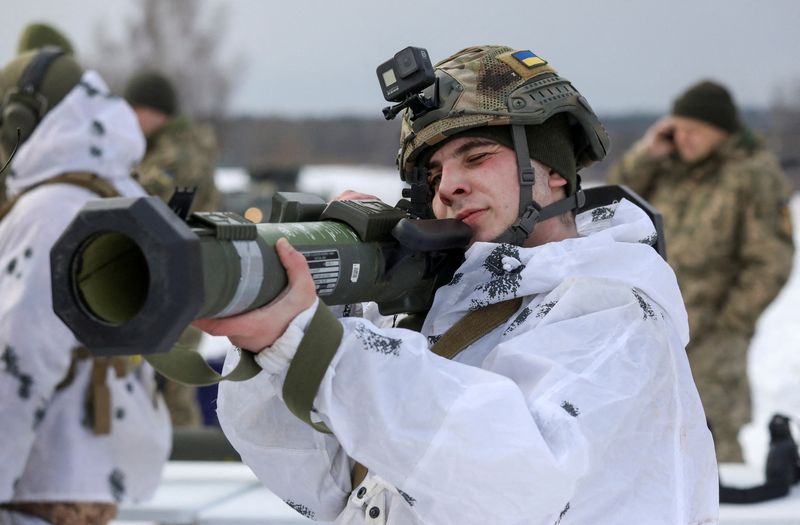