– European Central Bank President Christine Lagarde has warned of “geopolitical clouds” over the European economy due to possible fall-out from further escalation of tensions between Russia and the West over Ukraine.

From rising energy and food prices to economic sanctions and the harm done to investment confidence, the impacts could be far-ranging but hard to quantify. Following are the key variables and vulnerabilities.

WHAT IS THE LIKELY IMPACT ON INFLATION?

An outright conflict, even of a limited kind, would likely generate immediate and rapid fuel and food price inflation.

European Union countries buy 41.1% of their imported gas from Russia and 27% of their oil, according to EU data: any restriction of supplies would quickly lead to higher energy prices. That would ripple through the economy from higher heating and fuel bills to costlier transport and power for businesses.

Food supplies would also likely be hit. Natural gas is the main component in many fertilizers, so higher gas costs would likely push up all crop prices. Separately, Ukraine exported over 33 million tons of grain last year so any disruption there would reverberate across global markets – including in Europe.

Overall, Bank of America Securities estimates an escalation could push euro zone inflation up 1 percentage point to 4% for 2022.

AND ON TRADE AND INVESTMENT?

If Russia decided to stop all imports from the EU, it would affect the 80 billion euros worth of goods which the EU exports to Russia annually, worth 0.6% of EU GDP.

These EU exports are mainly machines and cars, chemicals and manufactured goods. Among EU countries, Germany is both Russia’s biggest exporter and importer, while the Netherlands, Poland, Italy, Belgium and France also have sizeable trade.

In time, European firms would look to secure alternative trading partners, as indeed many already have done since the confrontation over Crimea in 2014. The euro zone’s export exposure to Russia has roughly halved since then.

The EU is also the largest foreign investor in Russia with total direct investment of 311.4 billion euros in 2019. Russian investment in the EU is 136 billion euros. Depending on the severity of any sanctions and counter-sanctions, some or all of the European presence in Russia could be impacted.

“On paper it is a lot, but this is only a small fraction of overall foreign FDI of EU companies,” said Daniel Gross, head of the CEPS think tank in Brussels, who added he saw little risk of Moscow wanting to expropriate plants run by EU companies because of the complexities entailed in running them.

SO WHAT IS THE OVERALL IMPACT TO THE EURO ZONE ECONOMY?

Clearly negative, nonetheless. Higher energy and food prices would sap household purchasing power and erode confidence. Consumption would be hit quickly and investments would likely fall in the weeks and months afterwards.

“The geopolitical clouds that we have over Europe, if they were to materialise, would certainly have an impact on energy prices and, through energy prices, an increased cost throughout the whole structure of prices,” the ECB’s Lagarde said last week, citing hits to consumption and investment.

The Bank of America study reckoned an escalation would put at risk 0.5 percentage point of Europe’s output directly through the drag on private consumption. Many consumers have built up buffers in the form of excess savings amassed during the pandemic, but some of those savings have already been eroded by sharp rises to fuel bills.

WHAT WOULD THE ECB DO?

The ECB would not tighten policy to offset a conflict-related inflation surge. It normally looks past short-term volatility because policy is only effective 12-18 months out.

Still, with inflation already at a record high 5.1% and the ECB planning to unwind stimulus in the coming months, a conflict and associated further rise in inflation would put public pressure on the bank to act quicker, even if that made little economic sense.

“There’s not much that monetary policy can do to influence energy prices,” Neil Shearing at Capital Economics said.

“While a rise in energy prices increases inflation in the short term, all other things being equal, the subsequent squeeze on real incomes is disinflationary over the medium term.” 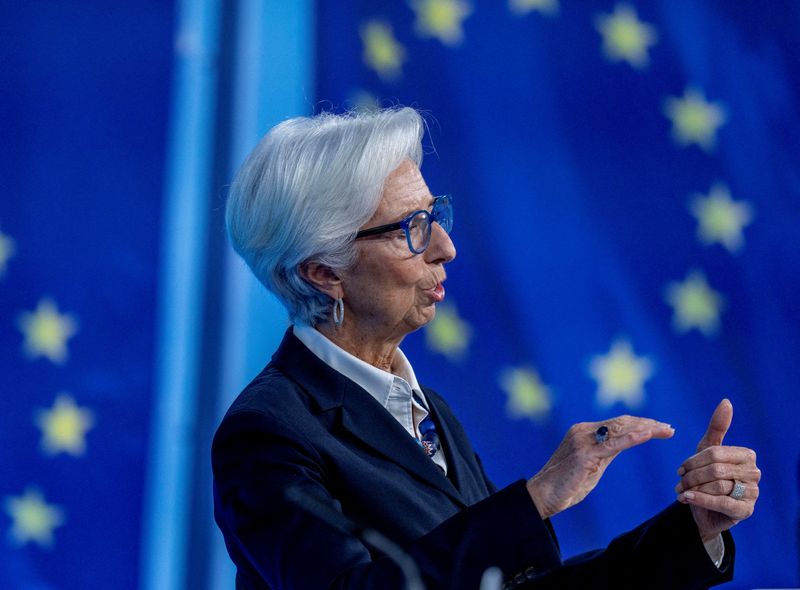