-The U.S. Supreme Court on Monday let Alabama use a Republican-backed map of the state’s U.S. congressional districts that a lower court found likely discriminates against Black voters, handing an important victory to Republicans as they seek to regain control of Congress in the Nov. 8 elections.

In a 5-4 decision, the court granted an emergency request by Alabama’s Republican Secretary of State John Merrill and two Republican legislators to put on hold the lower court’s injunctions ordering the state’s Republican-led legislature to redraw the map.

Five of the six conservative justices were in the majority, with conservative Chief Justice John Roberts joining the court’s three liberal justices in dissent. The court also said it would take up and decide the Alabama dispute on the merits, with arguments expected in the fall and a decision due by June 2023.

A panel of three federal judges on Jan. 24 ruled that the map unlawfully deprived Black voters of an additional House district in which they could be a majority or close to it, likely violating the Voting Rights Act, a landmark 1965 federal law that prohibited racial discrimination in voting.

Democrats control the House by a slim margin, making every seat vital in the Republican attempt to win back a majority.

The Alabama dispute reflects an ongoing issue of contention between Democrats and Republicans in a broader fight over voting rights. Democrats have accused Republicans in various states of exploiting their majorities in state legislatures to craft electoral maps that diminish the clout of Black and other racial minority voters while maximizing the power of White voters.

Alabama’s legislature adopted the latest map of the state’s seven House districts last November. Several lawsuits were filed challenging the map, including by a group of Black voters and another group of voters who sued alongside the Alabama NAACP civil rights group.

“Late judicial tinkering with election laws can lead to disruption and to unanticipated and unfair consequences for candidates, political parties and voters, among others,” Kavanaugh wrote.

“Alabama is not entitled to keep violating Black Alabamians’ voting rights just because the court’s order came down in the first month of an election year,” Kagan added.

In his dissent, Roberts wrote that the lower court “properly applied existing law in an extensive opinion with no apparent errors for our correction.”

The action in the case reflects an increasingly assertive Supreme Court since the 2020 addition of former President Donald Trump’s third appointee, Amy Coney Barrett, gave it a 6-3 conservative majority. Her appointment changed the court’s dynamics by marginalizing Roberts, considered an incrementalist conservative.

The case is among dozens https://www.reuters.com/world/us/us-redistricting-legal-battles-that-could-affect-control-congress-2022-02-02 of legal challenges nationwide over the composition of electoral districts, which are redrawn each decade to reflect population changes as measured by a national census, last taken in 2020.

In most states, such redistricting is done by the party in power, which can lead to map manipulation for partisan gain. In a major 2019 ruling https://www.reuters.com/article/us-usa-court-gerrymandering/in-major-elections-ruling-u-s-supreme-court-allows-partisan-map-drawing-idUSKCN1TS24Z, the Supreme Court barred federal judges from curbing the practice, known as partisan gerrymandering. That ruling did preclude court scrutiny of racially discriminatory gerrymandering.

The challengers in Alabama accused the legislature of strategically designing the new map to dilute the electoral clout of Black voters by confining their power to a single district even though Alabama’s population is 27% Black, in violation of Section 2 of the Voting Rights Act, which bars voting practices that result in racial discrimination.

Section 2 has been the main tool used to show that voting policies discriminate against minorities since the Supreme Court in 2013 struck down the part of the law that determined which states with a history of racial discrimination needed federal approval to change voting laws.

In a ruling https://www.reuters.com/world/us/voting-rights-breyers-future-spotlight-us-supreme-court-2021-07-01 last July in favor of Republican-backed voting restrictions in Arizona, the Supreme Court made it harder to prove violations under Section 2.

The three-judge lower court panel, which included two appointed by Republican former President Donald Trump and one by Democratic former President Bill Clinton, unanimously blocked the map, saying that voting in Alabama is “polarized along racial lines” and that the white majority votes sufficiently as a bloc to defeat Black voters’ preferred candidates. 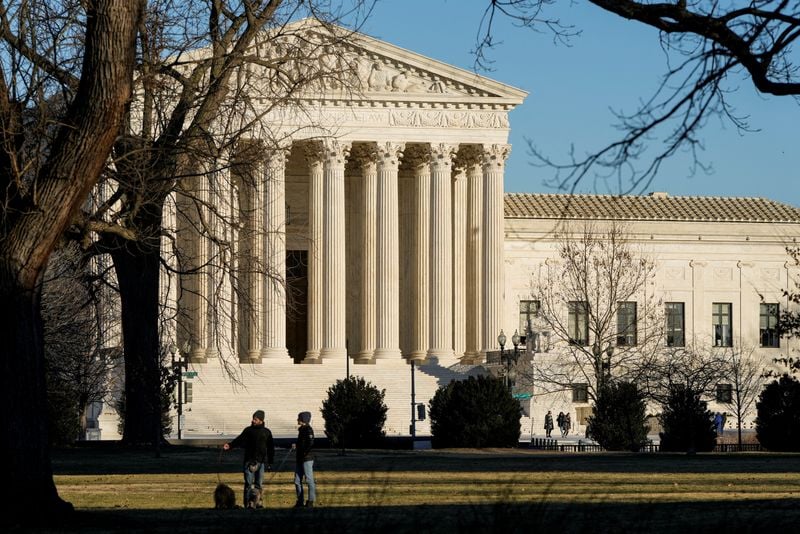