UNITED NATIONS – The United States called on North Korea on Monday to defund its nuclear and ballistic missile programs and prioritize the needs of its own people, as Russia and China blamed sanctions for worsening the humanitarian situation in the hermit Asian state.

Russia put sanctions under the spotlight at the U.N. Security Council as part of its presidency of the 15-member body during February. However, Russia’s U.N. Ambassador Vassily Nebenzia could not chair the meeting because he tested positive for COVID-19, diplomats said.

“We call on DPRK to demonstrate a commitment to the wellbeing of its own people by respecting human rights, defunding its unlawful WMD (weapons of mass destruction) and ballistic missiles program, and prioritizing the needs of its own people – the vulnerable North Koreans,” said the U.S. Ambassador to the United Nations, Linda Thomas-Greenfield.

North Korea’s formal name is the Democratic People’s Republic of Korea. It has been under U.N. sanctions since 2006 over its nuclear and ballistic missile programs.

In November, Russia and China revived a 2019 push to ease U.N. sanctions on North Korea in what they described as a bid to improve the humanitarian situation. The move found little support or engagement among council members, so China and Russia have not put it to a vote.

“If the council were to think of ordinary Koreans and not merely geopolitics then this proposal warrants support,” Deputy Russian U.N. Ambassador Dmitry Polyanskiy told the council. “We believe firmly that the Security Council sanctions apparatus requires a strong dose of humanization.”

North Korea’s humanitarian situation “continues to worsen,” according to an excerpt https://www.reuters.com/world/asia-pacific/exclusive-nkorea-grows-nuclear-missiles-programs-profits-cyberattacks-un-report-2022-02-05 of a confidential U.N. report seen on Saturday by Reuters. The report said that was probably mainly due to Pyongyang’s COVID-19 blockade.

Russia and China also both used the council meeting on Monday to blast unilateral sanctions, without naming names. China’s U.N. Ambassador Zhang Jun said of such countries: “They have been flinging them about left, right, and center in a frenzy, so much so that they seem to be addicted.”


Thomas-Greenfield said she was concerned by attempts “to criticize and delegitimize” unilateral sanctions as unlawful and that the United States categorically rejects that position. 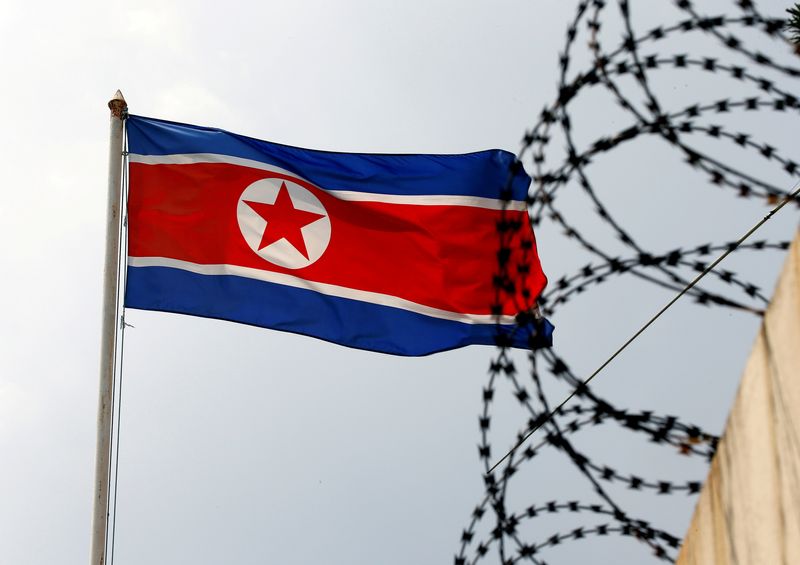