BOSTON – The activist investment firm pushing for a sale of Peloton Interactive Inc on Tuesday said plans to replace the fitness company’s chief executive are not enough and that the board must still pursue strategic alternatives to benefit all shareholders.

Blackwells Capital, which owns a nearly 5% stake of Peloton, reacted to news that New York-based Peloton’s founder, John Foley, was shifting positions to executive chairman and that a former Spotify Technology executive would replace him as chief executive.

The move “does not address any of Peloton investors’ concerns,” Jason Aintabi, Blackwells’ chief investment officer wrote in a statement, adding: “Foley has proven he is not suited to lead Peloton, whether as CEO or Executive Chair, and he should not be hand-picking directors, as he appears to have done” on Tuesday.

Blackwells on Monday sent Peloton a 65-page presentation, saying the company known for its exercise equipment such as stationary bikes and its on-demand fitness classes has been “grossly mismanaged.”

The presentation said potential buyers should be able to pay at least $65 while strategic buyers could easily pay $75 a share.

Blackwells said companies ranging from Adidas to Amazon to Oracle and Sony could be potential strategic buyers of Peloton.

Peloton became a market darling during the COVID-19 pandemic as gyms were closed and its market capitalization surged to $50 billion before tumbling to $9.7 billion. The company’s share price surged in the wake of reports that some companies, including Amazon, were discussing making an overture to the company.

While many investors had become frustrated with Peloton as the stock price fell, analysts also noted that the company might be difficult to target because it has two classes of stock, effectively allowing insiders to control it.

Blackwells has also issued a request to review the company’s books and records to see whether the company’s dual-class share structure may have contributed to a lack of oversight.

(Reporting by Svea Herbst-Bayliss; Editing by Will Dunham) 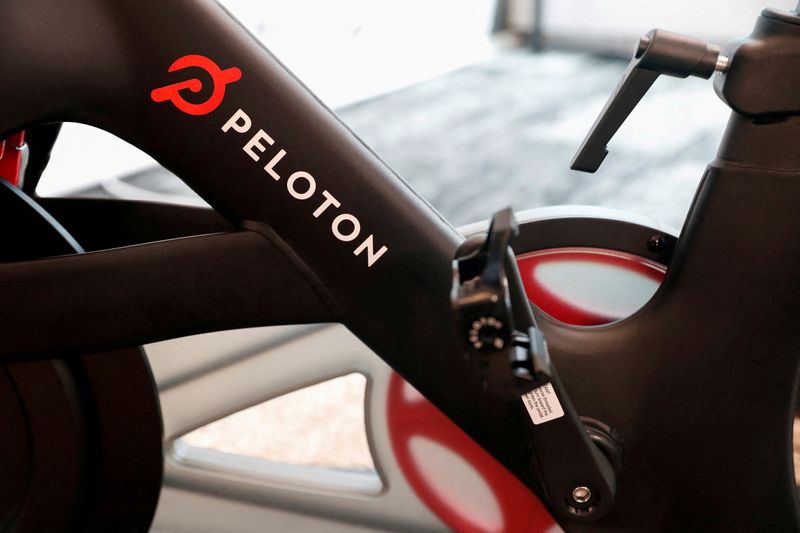