LONDON -After protesters hounded Britain’s opposition leader Keir Starmer, Prime Minister Boris Johnson came under heavy pressure on Tuesday to withdraw a claim that Starmer had failed to prosecute one of the country’s most notorious child abusers.

Johnson is facing the gravest crisis of his 30-month premiership after a series of scandals including revelations that he and his staff attended Downing Street parties during COVID lockdowns.

As Johnson apologised to parliament for the parties on Jan. 31, he falsely claimed Starmer had failed to prosecute Jimmy Savile, a late TV star who abused hundreds of children, during his time as Director of Public Prosecutions (DPP).

Starmer was confronted by angry protesters on Monday who surrounded him after an anti-COVID vaccination demonstration.

As the Labour Party leader was escorted into a police car, some of the protesters shouted “Traitor!” and “Were you protecting Jimmy Savile?” at him.

“It is really important for our democracy and for his security that the false Savile slurs made against him are withdrawn in full,” said Julian Smith, a lawmaker in Johnson’s ruling Conservative Party.

Another Conservative lawmaker, Roger Gale, said: “This, I fear, is the direct result of the deliberately careless use of language in the Chamber.”

The row risks further undermining Johnson’s authority as he battles to reshape his Downing Street team and face off claims from opposition parties that he is unfit to govern.

Opposition lawmakers called on Johnson to apologise for the Savile remarks.

Savile, a BBC TV and radio host who was never prosecuted despite a number of police investigations, died in 2011, aged 84. After his death it was revealed he had abused hundreds of victims, mainly children. The youngest victim was an 8-year-old boy.

Johnson’s supporters said that while the behaviour of the protesters was unacceptable, it was a step too far to pin the blame for their actions on the prime minister.

Johnson said on Feb. 3 that he had not meant to imply Starmer had personally failed to prosecute Savile, but he has refused to apologise for his remarks.

Johnson’s attempt to clarify his remarks failed to satisfy Munira Mirza, his head of policy who had worked with him for 14 years, and prompted her to quit her job last week. Finance minister Rishi Sunak has said he would not have made such remarks.

House of Commons Speaker Lindsay Hoyle, who previously ruled that Johnson’s comments on the matter were inappropriate but not against parliamentary rules, told lawmakers he had requested a report on the incident from police.

“These sorts of comments only inflame opinions and generate disregard for the House…,” he said. “Our words have consequences and we should always be mindful of that fact.”

The husband of Jo Cox, a British lawmaker stabbed to death days before the 2016 Brexit referendum, made a similar plea for politicians not to “inject poison” into public discourse.

“When you throw around accusations of people protecting paedophiles or not moving against paedophiles, it creates a viscerality of debate and a violence of emotional reaction,” Brendan Cox told BBC radio.

Coming to Johnson’s defence on Tuesday, Chris Philp, minister for technology and the digital economy, said the prime minister could not be blamed for the protesters’ actions.

“I don’t think it (Johnson’s comment) in any way justified or provoked or incited the terrible and totally unacceptable harassment and intimidation of the leader of the opposition,” Philp told Sky. 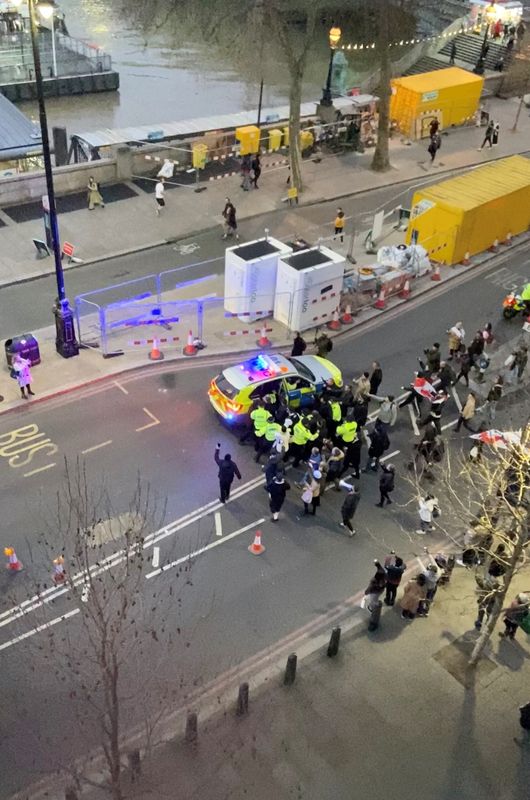 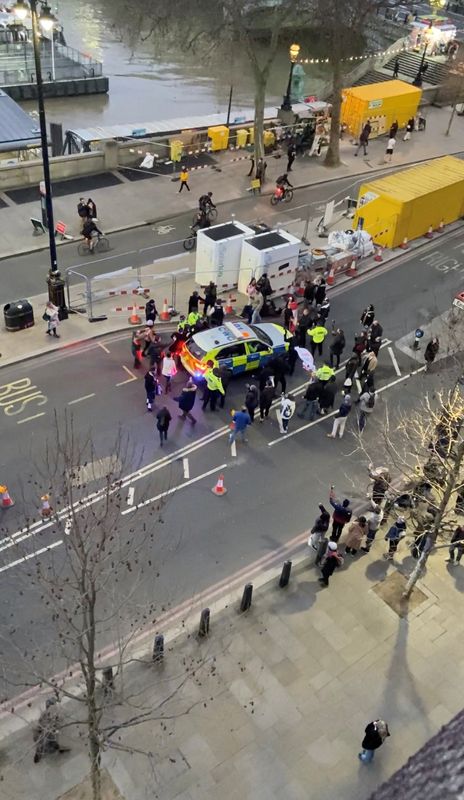