-The cousin of Amir Locke, a young Black man who was shot dead by Minneapolis police executing a “no-knock” search warrant last week, has been arrested in a homicide probe that led officers to conduct the fatal raid, police and prosecutors said on Tuesday.

Police in neighboring Saint Paul said a 17-year-old, who county prosecutors identified as Locke’s cousin, Mekhi Speed, had been arrested Monday in connection with a Jan. 10 homicide.

“This arrest is related to the search warrants that were served last week in Minneapolis,” the Saint Paul Police Department said on Twitter.

The fatal shooting of Locke, 22, in an apartment in Minneapolis, the state’s largest city, has drawn protests against no-knock search warrants authorizing police to enter private property without first alerting occupants.

Locke had not been named in the warrant issued in relation to the Saint Paul homicide investigation, and police have acknowledged it was unclear if he was connected.

The document identified Locke as “A.L.”, adding he was “Speed’s cousin” and was “shot during execution of the warrant and now deceased”.

Speed was charged Tuesday with two counts of second-degree murder in the killing of Minneapolis resident Otis Elder, 38, the document said, adding Speed is being held at the Ramsey County Juvenile Detention Center.

Locke’s parents have joined others in Minneapolis in calling for an end to no-knock warrants in the city. Minneapolis Mayor Jacob Frey announced a moratorium https://www.reuters.com/world/us/minneapolis-police-releases-video-swat-team-shooting-dead-armed-black-man-2022-02-04 on such searches on Friday, and some state lawmakers are seeking to enact legislation limiting them.

“The no-knock warrant is what caused Amir’s death,” his father, Andre Locke, told CNN in an interview on Tuesday. “He didn’t even see what was coming. He couldn’t see who took his life.”

Holding back tears, Locke’s mother, Karen Wells, said during the interview: “As professional people that carry guns and are supposed to protect and serve a community, they didn’t protect my son that day.”

The day after Locke’s killing, police released video footage https://www.reuters.com/world/us/minneapolis-police-releases-video-swat-team-shooting-dead-armed-black-man-2022-02-04 from the raid that showed Locke holding a gun as he twisted beneath a blanket on a sofa after being roused by officers.

The incident is the latest to put the Minneapolis police department under scrutiny. Almost two years ago, George Floyd, an unarmed Black man, was killed by a white officer who knelt on his neck for over nine minutes during an arrest.

The officer who knelt on Floyd’s neck, Derek Chauvin, was convicted by a jury of unintentional second-degree murder and second-degree manslaughter. Chauvin has filed notice that he will appeal the conviction. 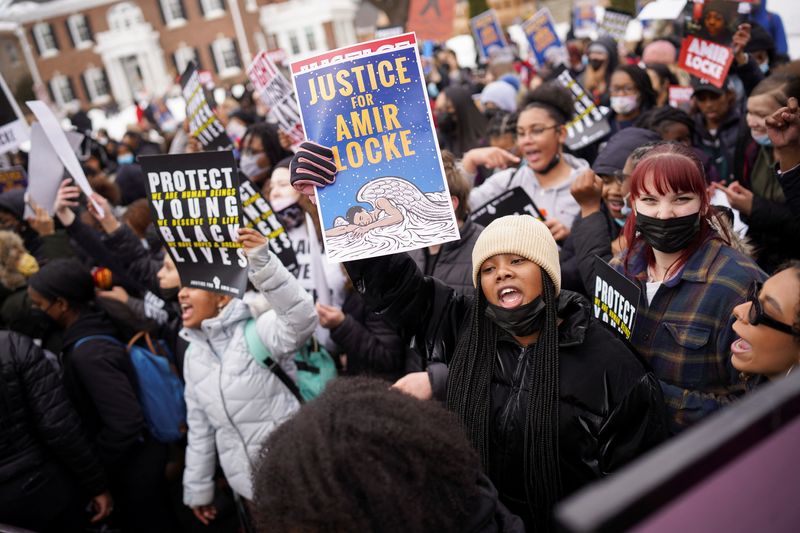 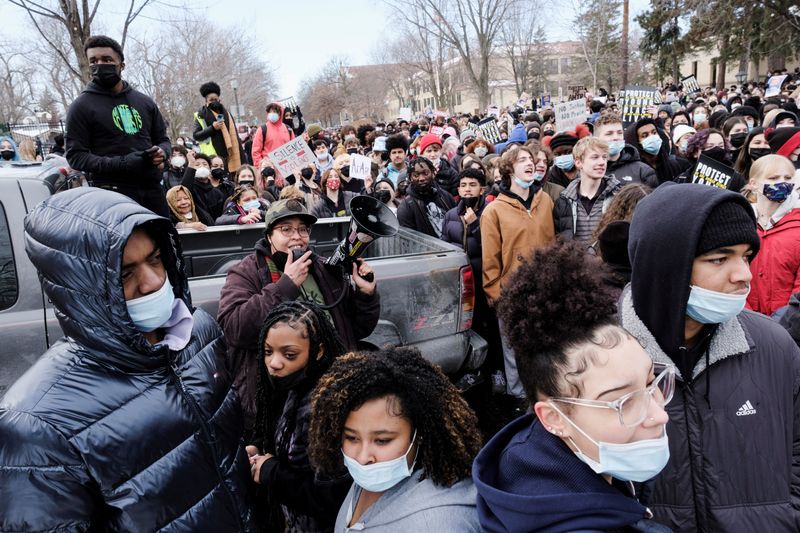 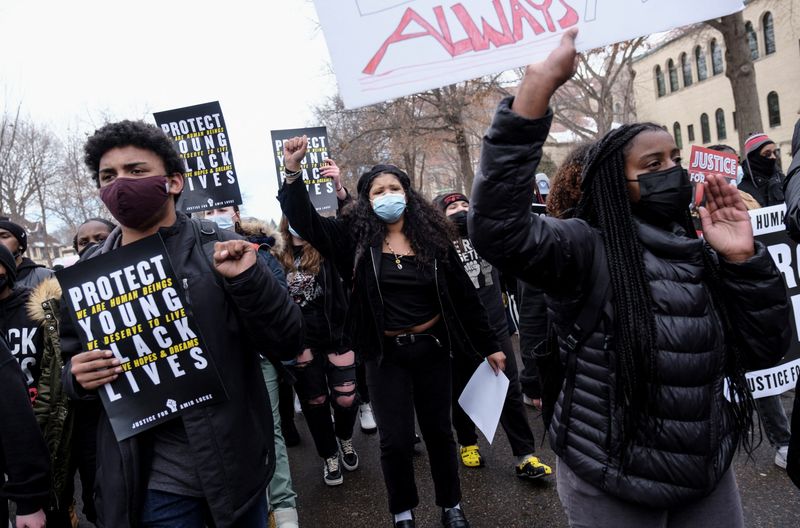 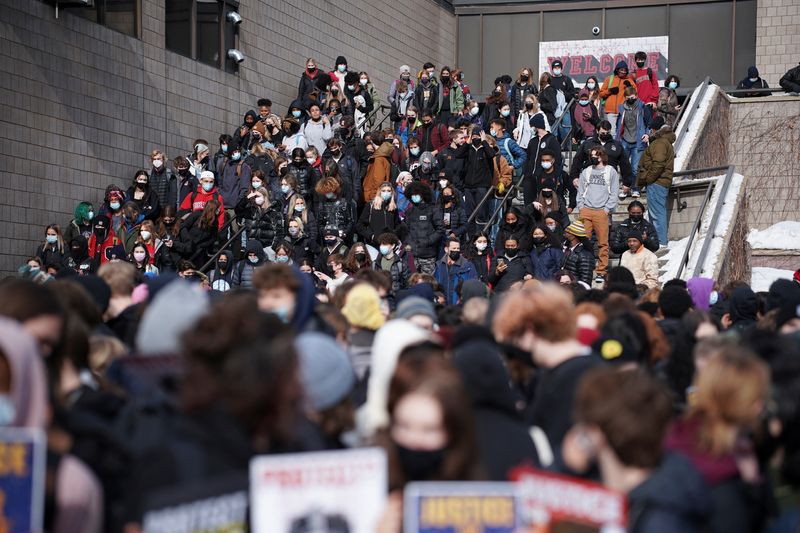 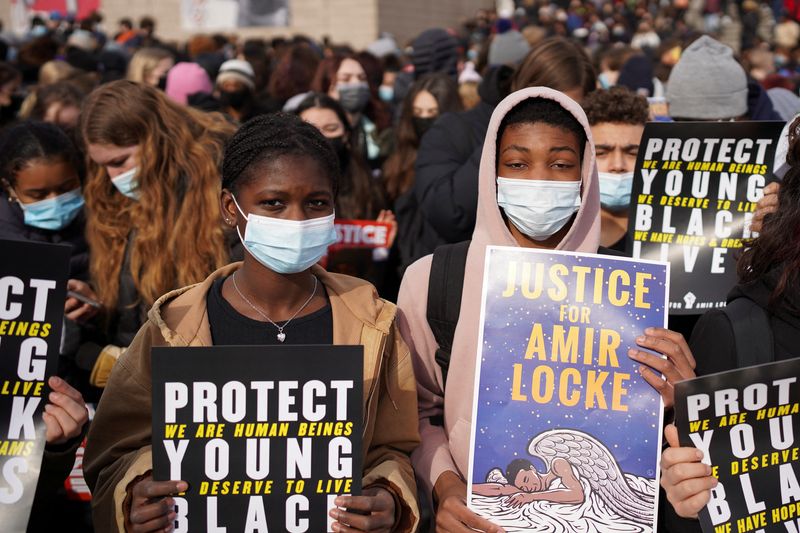 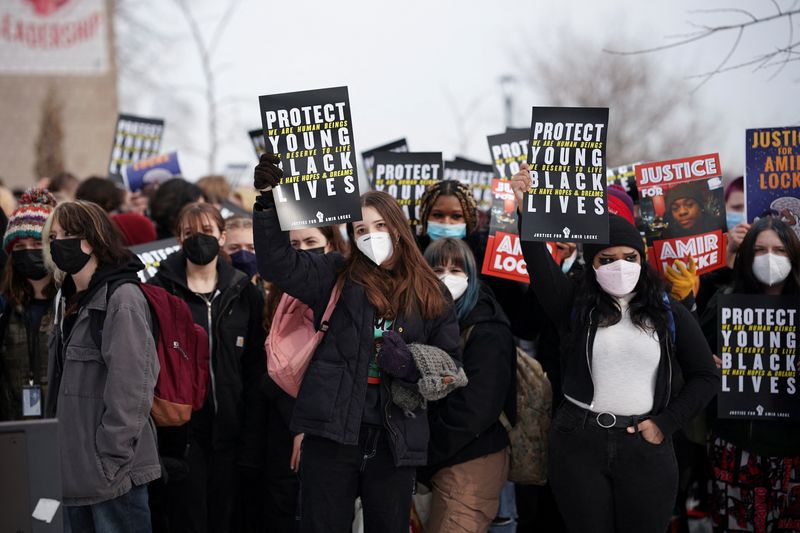