TOKYO – The collapse of SoftBank Group Corp’s deal to sell chip designer Arm to Nvidia marks a major setback to the Japanese conglomerate’s efforts to generate funds at time when valuations across its portfolio are under pressure.

The deal, which had met with industry opposition, fell through because of regulatory hurdles, a source told Reuters, with an initial public offering of Arm planned instead.

Analysts have questioned the prospects for such a move, given SoftBank’s earlier plan to sell Arm, and its IPO track record with many portfolio companies trading below their listing price.

“We are worried that a persistent overhang of SBG stake reduction will keep the stock from appreciating,” Jefferies analyst Atul Goyal wrote in a note dated Jan. 29 amid widespread expectation the deal would fall through.

Any move would also have to contend with Arm’s troubles in China, where its China-based joint venture is in a legal dispute with its original CEO, Allen Wu.

Nvidia has become the most valuable U.S. chip company on the strength of its graphic processor chips, with shares gaining 82% over the past year.

SoftBank’s shares were trading flat on Tuesday morning ahead of the group’s earnings. A 1 trillion yen ($8.7 billion) buyback announced in November has helped support – but failed to reverse a slide in – the stock price, which is down by about half since last March’s highs.

SoftBank and Nvidia declined to comment. Arm did not immediately respond to a Reuters request for comment.

The group has been funnelling money to its second Vision Fund, which had invested in more than 150 startups, but investors would like SoftBank to take further steps to boost shareholder returns, analysts say.

The conglomerate has a stake in e-commerce giant Alibaba, whose shares have fallen almost two-thirds since their peak in October 2020 amid a regulatory crackdown. 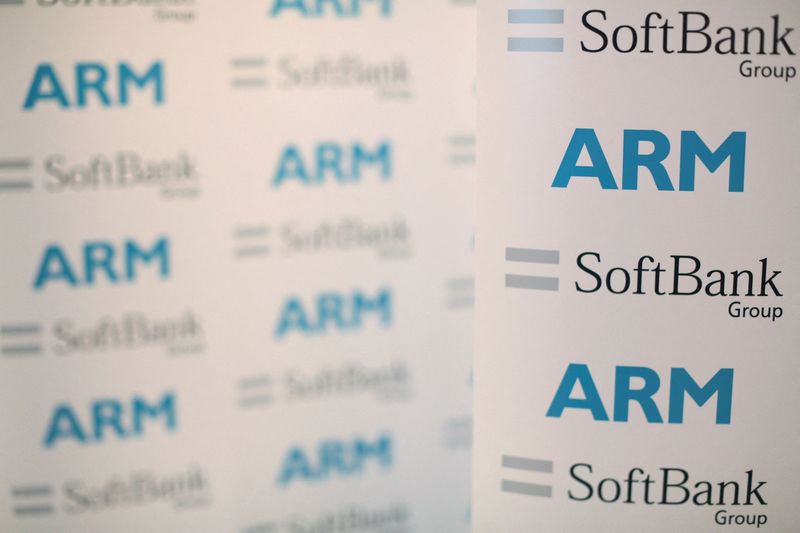