SYDNEY – A measure of Australian consumer sentiment fell for a third month in February as higher living costs from petrol to rent undermined finances and overshadowed an easing in coronavirus cases.

The Westpac-Melbourne Institute index of consumer sentiment released on Wednesday slipped 1.3% in February from January, when it dropped 2.0%.

The index was down 7.6% from February last year at 100.8, meaning optimists only just outnumbered pessimists.

“The most likely explanations for these elevated pressures on finances relate to: Omicron-related disruptions to activity and earnings at the start of the year; the rising cost of living; and the prospect of rising interest rates,” said Westpac chief economist Bill Evans.

The cost of petrol alone has climbed 15% over the past two months, while supply bottlenecks have pushed up goods prices and the cost of building new homes. Rents have also been on the rise, leading to a sharp fall in sentiment among tenants.

The impact was clear in the survey’s measure of family finances compared with a year ago which dived 9.3%, while the outlook for finances over the next 12 months fell 1.5%.

The survey’s measure of whether it was a good time to buy a major household item eased 0.3%, while the ‘time to buy a dwelling’ index fell 2.4%.

Media speculation about a rise in interest rates from the Reserve Bank of Australia (RBA) saw the proportion of respondents expecting an increase in mortgage rates over the next 12 months lift to 66% in February, from 55% the month before. 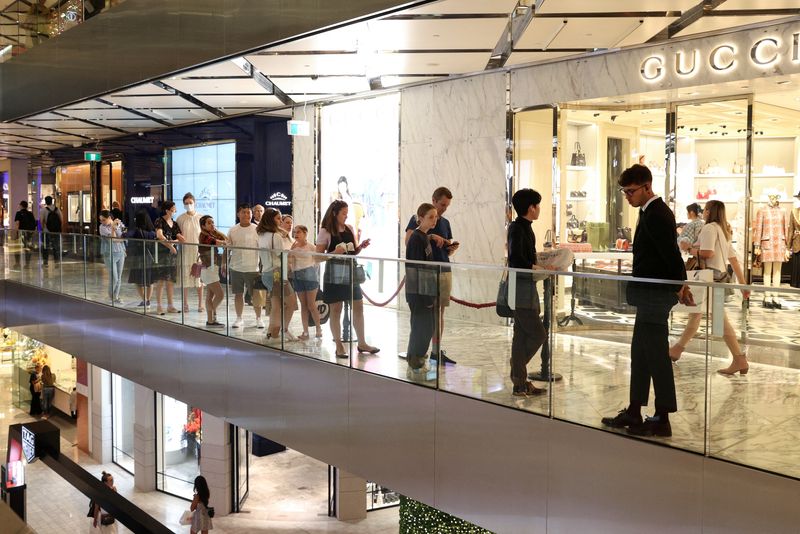