LONDON -An EU-funded certification scheme using blockchain is being developed for rare earths as automakers demand proof that materials used to make magnets for electric vehicles (EVs) are not linked to toxic pollution.

The system will set global standards and give confidence to consumers demanding sustainable products, two of the organisers told Reuters ahead of an official announcement on Tuesday.

The Circular System for Assessing Rare Earth Sustainability or CSyARES is due to be ready in about three years, the Rare Earth Industry Association (REIA) and Dutch supply chain traceability firm Circularise said.

The EU is funding the project through EIT Raw Materials, an organisation implementing an EU action plan drawn up in 2020 to secure critical minerals for the bloc https://www.reuters.com/article/us-eu-commodities-idUSKBN25U1CQ. The amount of funding was not disclosed.

The scheme is part of Europe’s quest to jump start domestic output of super-strong rare earth magnets used in EVs.

The system will track rare earths using blockchain tokens, or digital passports, through the complex supply chain from mining to end-of-life, said Teresa Oberhauser of Circularise.

Circularise and REIA are two of five partners invlolved in CSyARES. The other three are Germany’s BEC, Denmark’s Grundfos and London-based Minviro.

“It is a very manual process,” Oberhauser said. “Some of those certificates can even be found on Ebay, it’s not really trustworthy.”

She said that once a token is created for a certain amount of sustainably produced mineral, it cannot be changed on blockchain, a digital ledger.

Rare earths are 17 related minerals, found widely dispersed in the Earth’s crust and used for motors in EVs and generators in wind turbines.

Processing rare earth ore is a complex operation, involving solvents and toxic waste that needs to be disposed of carefully.

Rare earths production is set to spread geographically as the United States and Europe seek to wean themselves off dependence on China, which supplies about 90% of the world’s rare earths.

The EU has targeted rare earths as a top priority because 98% of the bloc’s permanent magnets, also vital for the defence sector, are imported from China.

The Association of Chinese Rare Earths Industries is a member of REIA.

When asked whether China would use CSyARES, REIA said: “Members are signatories (to the standards) and they have choice to proceed further in adoption.”

Several automakers and their suppliers plan to use the system when it is functional in about three years, said Nabeel Mancheri, secretary general of REIA.

He declined to provide names because REIA and the companies had signed confidentiality agreements.

Porsche, owned by Volkswagen, has previously used Circularise to certify tractability of plastics, according to the Circularise website. Volkswagen declined to say whether it had agreed to use the CSyARES scheme. 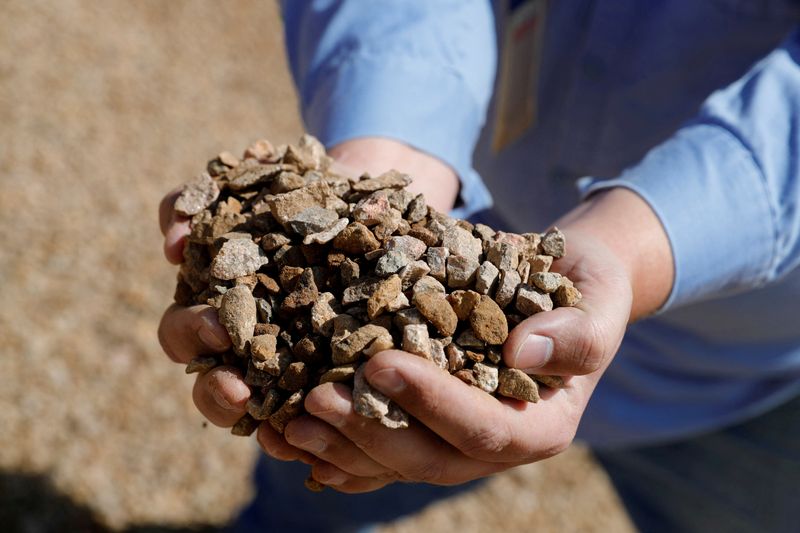