By Jason Szep and Linda So

Colorado’s “Election Official Protection Act” adds to a growing number of U.S. states considering similar legislation. The bill would expand on existing law to “make clear that it is a crime to intimidate, threaten, or coerce – or to attempt to intimidate, threaten or coerce – an election official while they are performing official duties,” said Colorado Secretary of State Jena Griswold ahead of an expected Tuesday announcement on the legislation.

The bill, sponsored by state Representatives Monica Duran and Emily Sirota, both Democrats, also makes it a crime to retaliate against election officials “for the performance of official duties.” And it gives election workers greater protections against “doxing,” the public release of information such as home addresses or other private identifying information, often to facilitate harassment.

“We are seeing the Big Lie morph into just big threats to election officials across the country,” Griswold, a Democrat, said in a phone interview, referring to Trump’s false claims of fraud. “Extreme elected officials who are spreading disinformation, repeating lies about 2020 and future elections, are now fueling threats against election officials.”

At least seven other states – Vermont, Maine, New Mexico, Illinois, New Hampshire, Minnesota and Washington – are considering similar measures https://www.reuters.com/world/us/pro-trump-death-threats-prompt-bills-3-states-protect-election-workers-2022-01-24 to protect election workers, according to a review of the legislation.

The proposals follow a Reuters series of investigative reports https://www.reuters.com/investigates/section/campaign-of-fear documenting a nationwide wave of threats and harassment against election administrators by Trump supporters who embrace the former president’s false stolen-election claims. Sponsors and supporters of the legislation in several states cited Reuters reporting as an impetus for proposing tougher enforcement.

In Minnesota, legislators have introduced a bill that would prohibit “intimidation,” including threats of violence, against election officials. Reuters coverage “played a role in our decision to bring forward this bill,” said state Senator Nick Frentz, a co-sponsor of the bill. “Minnesota has to signal to the public that we will protect our election workers if we want our democracy to remain strong. And in Minnesota, we sure as hell do.”

Reuters coverage on the threats “basically opened the entire topic to the country,” said Griswold in Colorado, who has faced harassment and death threats herself following the 2020 election.

Reuters documented the violent messages against Griswold in a Sept. 8 report https://www.reuters.com/investigates/special-report/usa-election-threats-law-enforcement that highlighted the gaps in law enforcement protection for threatened election workers. “Watch your back. I KNOW WHERE YOU SLEEP, I SEE YOU SLEEPING. BE AFRAID,” said one Facebook message to Griswold on Aug. 10. “I hope you die.”

After police failed to investigate the threat, Reuters tracked down and interviewed the man https://www.reuters.com/investigates/special-report/usa-election-threats, who admitted to reporters that he sent the message but said he didn’t believe he did anything wrong.

Sirota said election workers shouldn’t “have to feel unsafe in their own homes” because of their work. “It has become rapidly and startlingly apparent that we need to provide additional protections for election workers in the face of the threats of violence they have received over the last two years.”

Griswold said she expected the bill would be submitted in the current legislative session which ends in May. Democrats control both chambers of Colorado’s state legislature and the governor’s office.

Prosecutions of such threats have been rare. But last month, a task force launched in June by the Department of Justice to address threats against election workers made its first two arrests. On Jan. 27, it announced the arrest https://www.reuters.com/world/us/nevada-man-charged-with-threatening-state-elections-official-2022-01-28 of a man accused of threatening a worker in the Nevada Secretary of State’s office. That followed a Jan. 21 announcement of the arrest of a Texas man https://www.reuters.com/world/us/us-charges-texas-man-threatening-georgia-government-officials-2022-01-21 accused of threats against Georgia officials.

Federal laws have stiffer penalties for criminal threats. It’s a federal felony, for instance, to communicate a threat across state lines, such as by phone or email. Federal laws against stalking could also apply to the intimidation of election workers, legal experts say, particularly in cases of repeated threats of violence over a period of time. Such laws generally prohibit any actions that put a person in reasonable fear of death or serious injury, or cause emotional distress.

(Reporting by Jason Szep and Linda So; editing by Brian Thevenot) 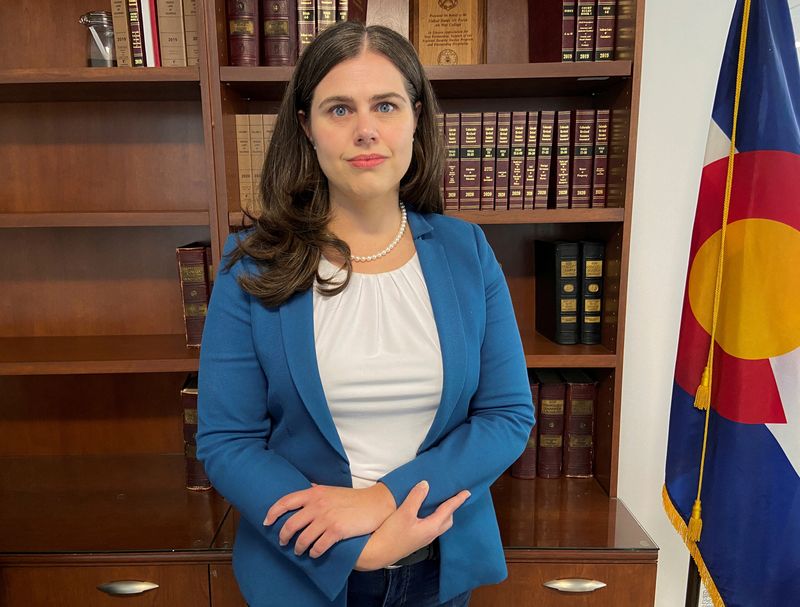 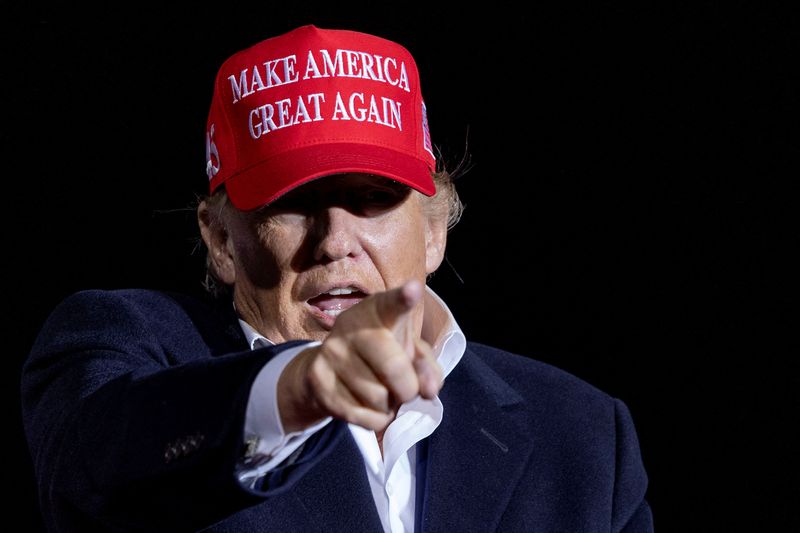