By Tyler Clifford and Moira Warburton

– The leader of the Congressional Black Caucus, Joyce Beatty of Ohio, demanded an apology from Republican lawmaker Hal Rogers of Kentucky on Tuesday after she accused him of touching and insulting her when she asked him to wear a mask.

Beatty said in a tweet that she asked Rogers to put on a mask before boarding a train that takes congressional members to the House of Representatives chamber on Capitol Hill in the U.S. capital.

Rogers then poked her back and directed her to board the train, Beatty said. She then asked the long-time congressman not to touch her, to which he replied, “Kiss my ass.”

“This is the kind of disrespect we have been fighting for years, and indicative of the larger issue we have with GOP Members flaunting health and safety mandates designed to keep us and our staff safe,” the tweet read.

“[W]hen you are ready to grow up and apologize for your behavior, you know where to find me,” she added.

Rogers later issued a statement saying that he met with Beatty to apologize for the comment.

“This afternoon, I met with Congresswoman Beatty to personally apologize,” he said. “My words were not acceptable and I expressed my regret to her, first and foremost.”

Masks have become a flashpoint of contention between the two parties, with many Republicans and their staffers refusing to wear them as the COVID pandemic has ground on. Georgia representatives Marjorie Taylor Greene and Andrew Clyde have racked up over $100,000 in fines, taken directly from their congressional salaries, for not wearing masks on the House floor. 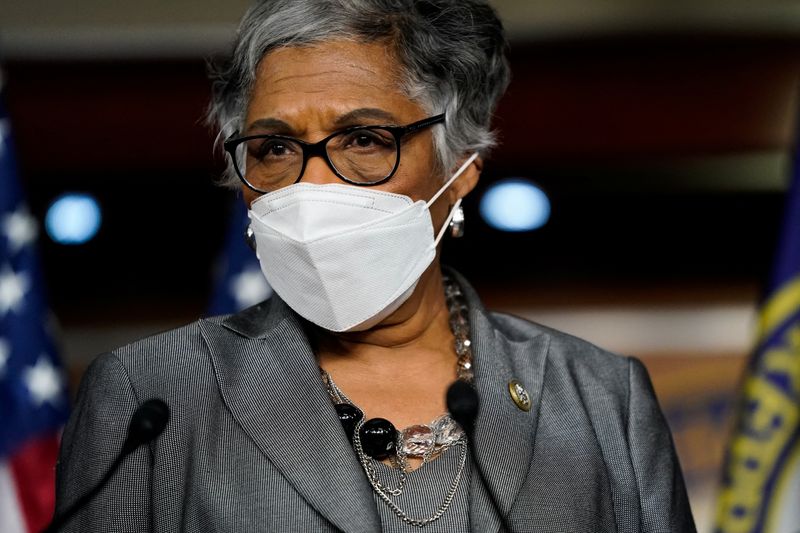