TOKYO – As Japan’s long-term interest rates rise, investors are wondering at what point the central bank will step in to defend its 0% target for the 10-year yield as part of an ultra-easy monetary policy.

Prospects of accelerated U.S. policy tightening have pushed the benchmark 10-year Japanese government bond (JGB) yields to six-year highs above 0.2%, close to the implicit 0.25% ceiling the BOJ sets around its 0% target.

Speculation the BOJ could change the target of its yield-curve-control to the five-year note from the 10-year has also pushed the five-year JGB yield to a six-year high and above zero.

Analysts at J.P.Morgan say expectations of such a policy tweak have already made domestic banks and long-term investors reluctant to buy more JGBs, and some are even betting on this through short positions in bond futures.

HOW WORRIED IS THE BOJ ABOUT RECENT YIELD RISES?

Not much, at least for now. Deputy Governor Masazumi Wakatabe said he saw no problem with recent rises as the 10-year yield was moving within the implicit 50-basis-point band set around the BOJ’s target.

The rise in yields and trading activity, in fact, eases some concern among policymakers that the BOJ’s huge presence in JGBs is crowding out private investors and draining market liquidity.

To breathe life back into the dormant JGB market, the BOJ clarified in a policy review in March last year that it will allow the 10-year JGB yield to move 25 basis points on either size of zero.

A natural rise in JGB yields, driven by prospects of higher U.S. interest rates, is therefore a welcome development for BOJ policymakers fretting about the side-effects of prolonged easing.

WHEN WOULD THE BOJ INTERVENE?

While the BOJ will allow the 10-year yield to move freely within its implicit band, its focus remains on keeping borrowing costs low to stimulate the economy.

In the March policy review last year, the BOJ concluded that any rise in borrowing costs won’t hurt the economy much – as long as the 10-year yield stays below 0.25%.

The BOJ is thus likely to rein in any rise in the 10-year yield above 0.25%. And the central bank could intervene before that level, if it sees any rise as too rapid or driven by factors out of line with fundamentals.

WHAT TOOLS WOULD THE BOJ USE?

The most powerful weapon would be to offer buying an unlimited amount of 10-year JGBs at a set price. The BOJ can keep doing this for as long as necessary to keep yields under control.

But deploying this tool could be risky. It would force the BOJ to keep buying bonds aggressively, a move that could undermine its efforts to gradually unwind its asset holdings and allow market forces to drive bond prices more.

The BOJ could thus take a softer approach such as conducting unscheduled bond-buying operations, or increasing the amount of bonds it buys in scheduled market operations.

WOULD RISING YIELDS PROD THE BOJ TO TARGET SHORTER JGBS?

If global bond yields continue to rise, the BOJ may consider loosening its grip on long-term interest rates.

Shifting the zero target to a shorter duration than the current 10-year note could be among options. But such a move won’t come any time soon, with the economic recovery still fragile and inflation distant from the BOJ’s 2% target.

The hope among BOJ policymakers is for markets to steepen the yield curve and ease the strain on financial institutions hit by years of narrowing spreads. 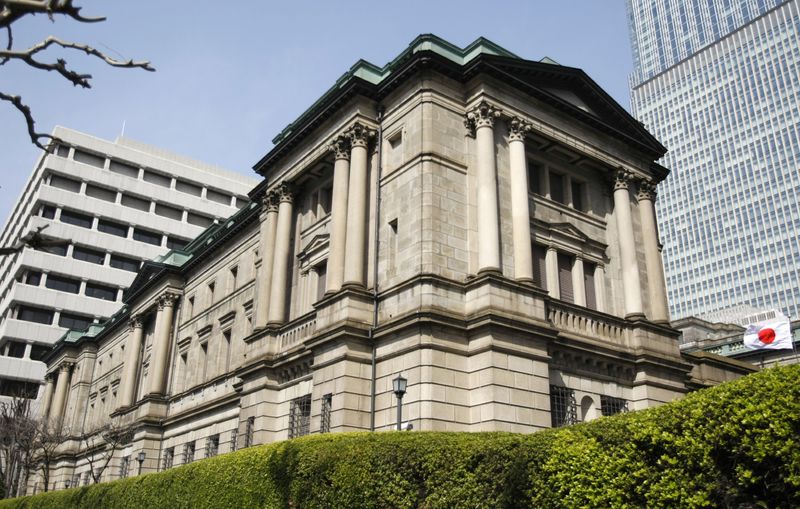