KUALA LUMPUR -Supermax Corp Bhd, a Malaysian medical glove maker accused of using forced labour at its factories, said on Tuesday it had so far paid some $6 million to migrant workers to cover recruitment fees and other costs.

The United States has banned imports of its products since October and last month Canada terminated a glove supply contract with the company due to the allegations.

In addition to funds to cover the recruitment fees that its migrant workers paid, Supermax said it had made one-off goodwill payments of 5,000 ringgit ($1,200) each to all current workers on Monday and former workers are also set to receive the same amount.

Supermax said it will set up a fund overseen by an advisory committee to cover compensation costs.

Labour rights activist Andy Hall, who filed the petition to the U.S. Customs and Border Protection to investigate Supermax, has said his interviews with the firm’s workers showed the workers paid high recruitment fees – which resulted in debt bondage – faced unlawful wage deductions and lived in cramped conditions.

In response to the controversy, Supermax has said it will speed up a process it had begun in 2019 to meet the International Labour Organisation’s standards for its employees’ living and working conditions.

“Supermax has also engaged an international consulting firm to continue to assess and advise on the payout to all our current and former workers as well as to track and locate these workers that have returned to their home countries,” it said on Tuesday.

Malaysian factories making everything from medical gloves to palm oil have increasingly come under scrutiny over allegations that they abuse foreign workers, who form a significant part of the manufacturing workforce.

Other Malaysian latex glove makers and palm oil producers have also been banned by the United States in recent months. 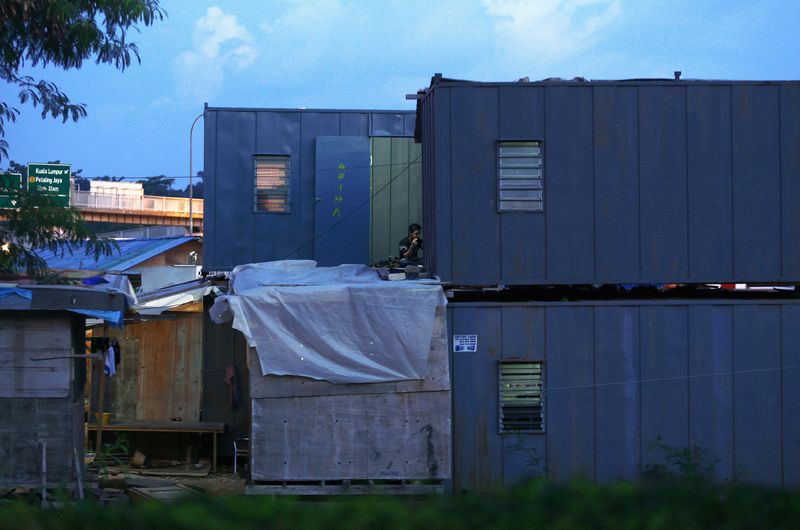