By Julien Pretot and Tony Munroe

BEIJING -Chinese tennis player Peng Shuai was on hand on Tuesday to watch China’s Eileen Gu as she won gold https://www.reuters.com/lifestyle/sports/freestyle-skiing-chinas-gu-wins-gold-medal-womens-big-air-2022-02-08 in the Big Air competition in Beijing to put the host nation at the top of the medals table.

Peng, who could be seen in the stands wearing a black knit hat with the Olympic rings on them and a black coat with the Chinese flag, acknowledged a greeting from a journalist but declined to answer questions as she left the venue.

Peng’s well-being became a matter of global concern when she appeared to allege https://www.reuters.com/world/china/china-tennis-star-peng-says-ex-vice-premier-forced-her-into-sex-2021-11-03 on social media in November that a former Chinese vice premier, Zhang Gaoli, had sexually assaulted her in the past. After that post, which was quickly removed, she disappeared from public view for nearly three weeks.

During Tuesday morning’s competition she was seated among Olympic athletes and delegation members from several countries next to the finish area at Big Air Shougang, the distinctive venue built on the site of a former steel mill.

International Olympic Committee President Thomas Bach visited with members of the group including Peng during the competition.

“I just met her, she was here sitting in the stadium,” Bach told Reuters.

“She was among the athletes, and I had the opportunity to meet with a number of athletes from Switzerland and from Germany and the U.S.”, he said.

A three-time Olympian, Peng’s presence during the Games had been a matter of speculation since the IOC said it planned to meet with her in Beijing. The IOC, which had said last week that Peng would meet with Bach inside the Olympic bubble, said previously that Peng had attended a curling competition.

Bach said Peng would soon be leaving the “closed loop”, which separates Olympic competitors and related personnel from the Chinese public to prevent the spread of COVID-19.

“She was sitting there and we had the opportunity to talk and now she has to go to the quarantine, she told me, she will leave now the closed loop,” Bach said.

Peng has said little since her initial social media post and discussion of the scandal has been heavily censored in China’s tightly controlled cyberspace, with searches for Peng’s name on Weibo continuing to show no recent search results.

However, in an interview conducted on Sunday with French newspaper L’Equipe at a hotel inside the Olympic bubble in Beijing, Peng denied https://www.reuters.com/world/china/chinese-tennis-player-peng-denies-making-accusation-sexual-assault-2022-02-07 she had accused anyone of sexual assault.

The World Tennis Association, which suspended its tournaments in China following Peng’s post, said on Monday that her denial of making the accusation had done little https://www.reuters.com/lifestyle/sports/wta-says-latest-peng-interview-does-not-ease-concerns-about-her-safety-2022-02-07 to address concerns about her safety.

The San Francisco-born Gu, China’s biggest star at the Games, said she was glad to hear of Peng’s presence on Tuesday.

“It’s a big honour when athletes from different sports, you know, especially if more widely known sports like tennis come paying attention to smaller sports like free skiing, I think it gives us an amazing platform to hopefully spread our small sport to the rest of the world,” Gu said.

“I’m really grateful that she’s happy and healthy and out there doing her things again.” 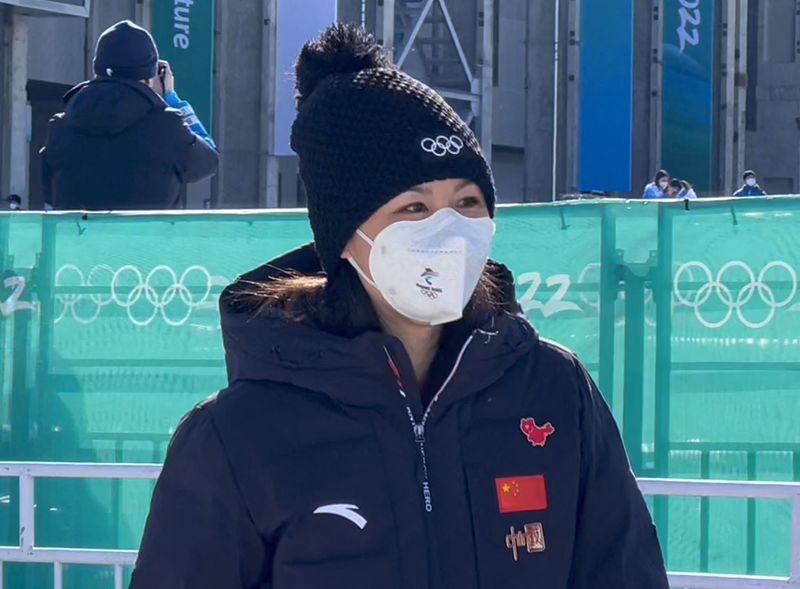 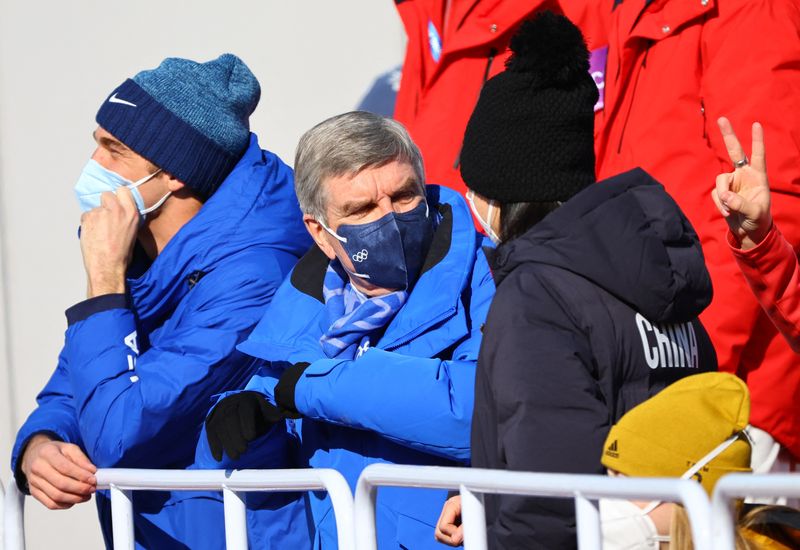 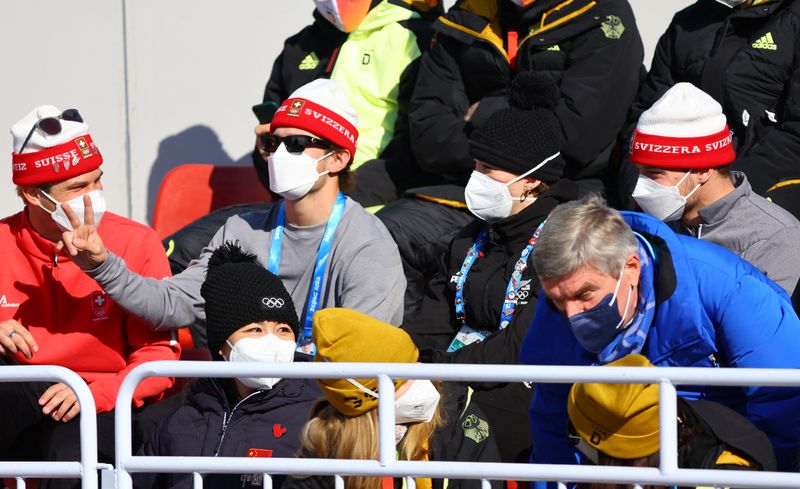 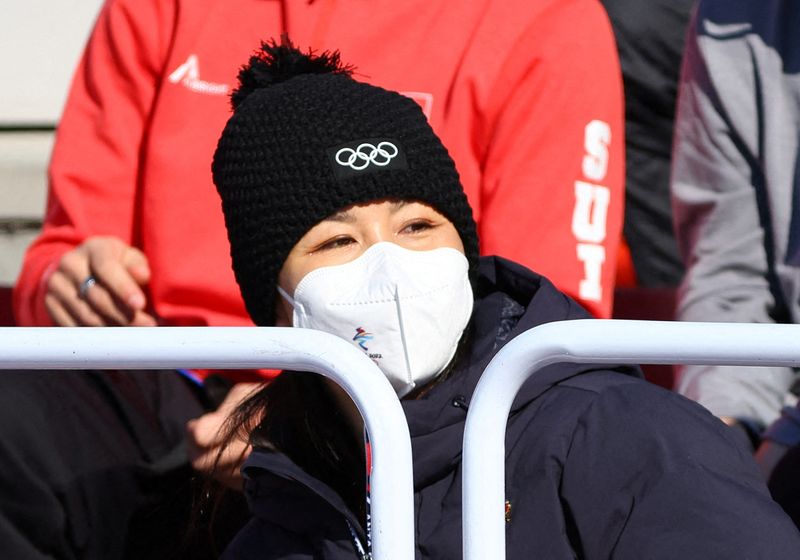