Gymnast Simone Biles, a four-time gold medallist, rewrote the playbook on mental health in Tokyo, championing athlete wellbeing in a conversation once seen as taboo that nonetheless resonated from the Summer Games to the Winter.

The U.S. Olympic and Paralympic Committee (USOPC) conducted mental health screens around anxiety and depression last year to get a sense of where athletes were prior to the Beijing Games and have brought a raft of mental health resources to the competition.

“One of the pieces of feedback we got after Tokyo was, ‘Well I didn’t have a crisis, so I didn’t reach out,'” USOPC mental health services director Jessica Bartley told Reuters.

“And so we were trying to be very clear that we’re not here just for crisis. We’re there for prevention and maintenance and mental health.”

As though the stresses of competing on the world’s biggest stage weren’t great enough, competitors at the Beijing Games contend with isolation and anxiety over whether a COVID-19 positive test could scuttle their Olympic dreams.

American figure skater Vincent Zhou became the latest to see his Olympic dreams shattered by the pandemic, announcing on Monday that he had withdrawn from this week’s men’s singles competition after testing positive.

“Some athletes are losing sleep over that,” said Bartley, hired in September 2020 in what was hailed as a “first-of-its-kind” role with the USOPC.


“Some of our athletes are even just staying in their rooms before competing so they’ll do training and then just really kind of keep to themselves and not be as engaged in some of the activities that are going on in the Games.”

Bartley, a former collegiate soccer player with a doctorate in clinical psychology, said she hopes to help end outdated ideas around mental health and performance.

“I was of the generation of athletes who would suck it up and rub some dirt on it,” Bartley said.

“What we’re actually finding – and there is science and literature behind (it) – is the fact that to address an issue before it becomes a crisis or to work with somebody around their mental health can make them a stronger athlete.” 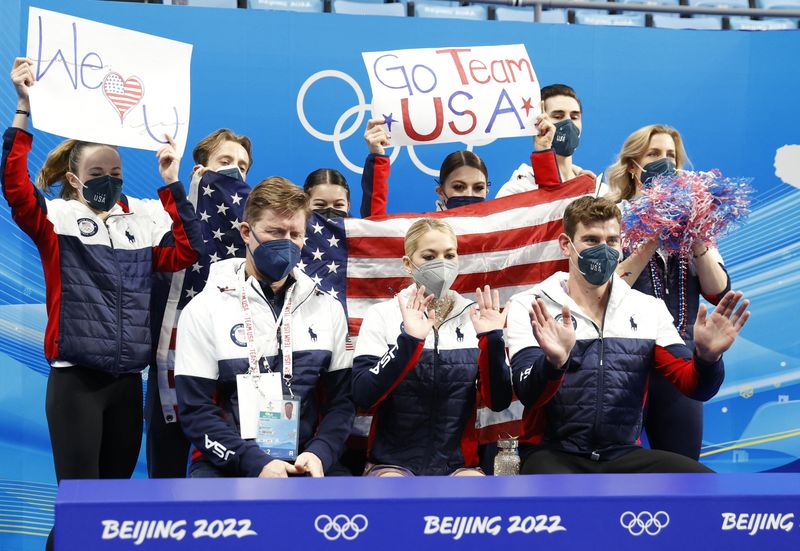