WASHINGTON – U.S. Senator Elizabeth Warren, a Democrat who has argued for the breakup of tech giants like Amazon, Google and Facebook, has urged the Justice Department to be more aggressive in fighting price-fixing and to stop making deals with corporate wrongdoers that defer prosecution in exchange for good behavior.

“The nation is dealing with inflation at its highest level in decades, much of it driven by corporate greed and anticompetitive behavior, and the federal government must use every tool available to prevent price gouging and reduce prices for Americans,” Warren wrote in a letter dated Monday and sent to Attorney General Merrick Garland and his deputy, Lisa Monaco.

Price-fixing is a criminal violation and can lead to executives going to jail for months. Deferred prosecution agreements mean that defendants get charges dropped if they comply with certain demands from the prosecutor.

The Department of Justice did not immediately respond to a request for comment.

Warren said the Argos deal was “unusual particularly because the concrete industry has been rife with criminal antitrust issues for decades.” Regarding the deals with pharmaceutical companies, she said that “none of the criminal executives will see any time in prison in spite of confessed illegal practices scamming the government and patients in need of drugs.”

Warren asked Garland and Monaco for any data that the department kept regarding price-fixing enforcement efforts, including prison sentences that executives might be serving, penalties and restitution; information on how the Justice Department decides to enter into deferred prosecution agreements and whether the government has observed multiple instances of price-fixing in any industry and focused resources there.

The Justice Department has prosecuted cases involving major companies in the past.

Pilgrim’s Pride Corp , one of the largest U.S. poultry producers, pleaded guilty after the Justice Department filed a lawsuit and was sentenced to pay a $107.9 million fine in February 2021 to settle federal charges it conspired to fix chicken prices and passed on the costs to consumers and other purchasers. 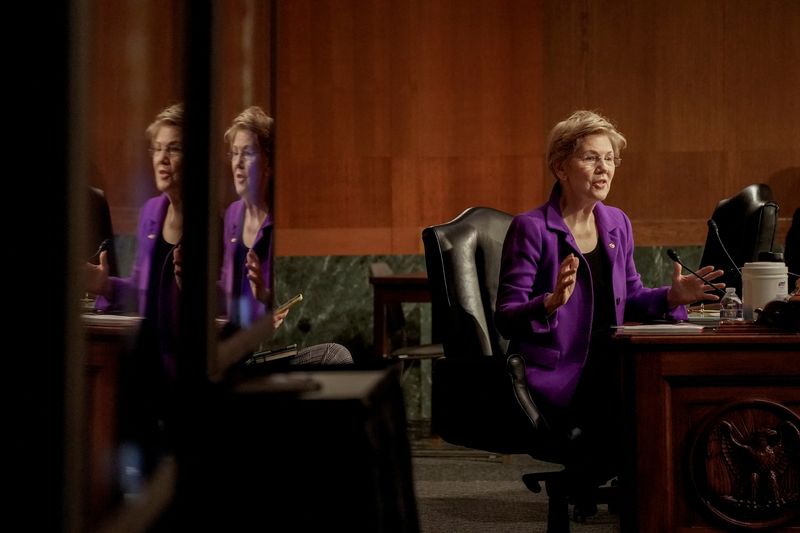