By Maria Kiselyova and Ece Toksabay

MOSCOW/ISTANBUL -Six Russian warships are heading to the Black Sea from the Mediterranean for naval drills, the Interfax news agency cited Russia’s Defence Ministry as saying on Tuesday, in what it said was a pre-planned movement of military resources.

Russia announced last month its navy would stage a sweeping set of exercises involving all its fleets in January and February, from the Pacific to the Atlantic, in the latest show of strength in a surge of military activity during a standoff with the West over Ukraine.

Three of the ships passed through Turkey’s straits to the Black Sea on Tuesday, according to a Reuters witness. Turkish sources said the other three are expected to pass on Wednesday.

The vessels include the Korolev, the Minsk and the Kaliningrad, which navigated the Bosphorus on Tuesday, while the Pyotr Morgunov, the Georgy Pobedonosets and the Olenegorsky Gornyak are scheduled to pass on Wednesday.

Russia has amassed more than 100,000 troops near the Ukraine border. It denies any plans to invade but is seeking sweeping security guarantees, including a promise of no missile deployments near its borders, a scaling back of NATO military infrastructure and a ban on Ukraine ever joining the alliance.

Legally, NATO member Turkey could shut the straits to transit if Russia were to take military action against Ukraine.

“Turkey is authorised to close the straits to all foreign warships in wartime or when it is threatened by aggression. Also, it is authorised to refuse transit to merchant ships belonging to countries at war with Turkey,” said Yoruk Isik, an Istanbul-based geopolitical analyst and head of the Bosphorus Observer consultancy.

Turkey, which shares a maritime border with both Ukraine and Russia in the Black Sea, has said any military conflict would be unacceptable and has told Moscow any invasion would be unwise.

However President Tayyip Erdogan has also offered to mediate in the row between Moscow and Kyiv. Ankara has cordial relations with both countries, though Erdogan says it will do what is necessary as a NATO member in the event of a Russian invasion.

French President Emmanuel Macron, said on Tuesday after talks in the Kremlin with Russian counterpart Vladimir Putin that he believed steps can be taken to de-escalate the crisis and called on all sides to stay calm. 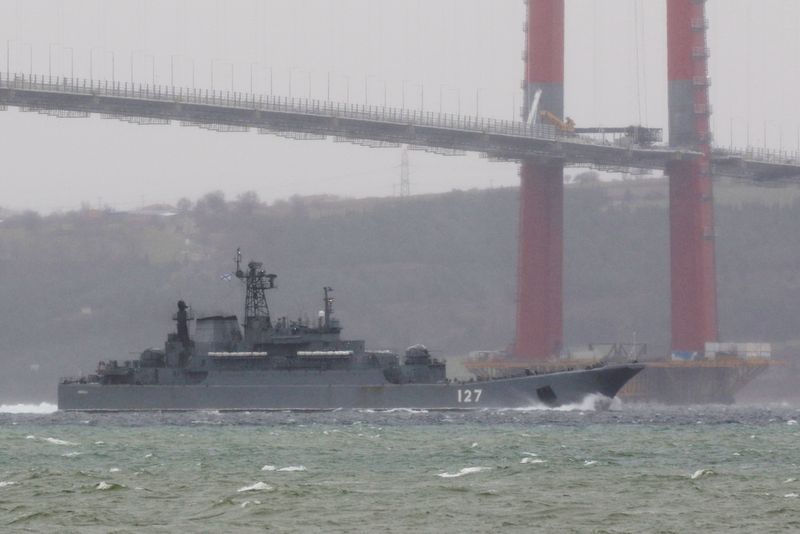 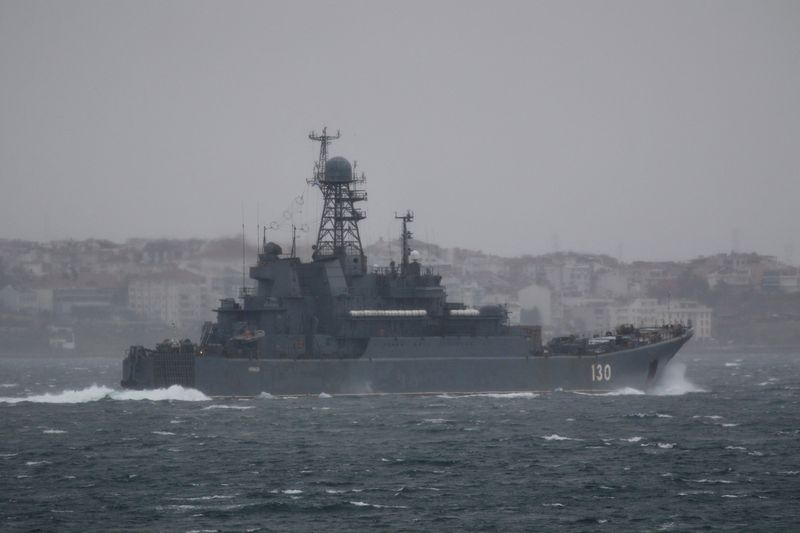