Russia has amassed troops and equipment along its border with Ukraine, stoking fears of an invasion. Washington has threatened Moscow with sanctions should it attack Ukraine.

“It is moving along but there are still a couple of areas of disagreement, but they’re bridging the gap. They’re getting closer and closer,” Schumer said of the sanctions bill.

Schumer told reporters that many congressional Democrats and the administration of President Joe Biden think that passing a “strong sanctions bill before any invasion … would take away the disincentive from Russia invading.” That, he said, is one of the outstanding areas of disagreement with Republicans.

Russia has demanded that NATO pledge to never admit Ukraine into its military alliance and that it remove its presence from eastern Europe.

Senate Republican Leader Mitch McConnell played down the potential impact of such legislation.

“The president has all the authority he needs” to act against Russia, McConnell told reporters, adding, “He needs to decide the timing. I think it’s going to be a serious deterrent if it’s executed before the invasion, not afterwards.” 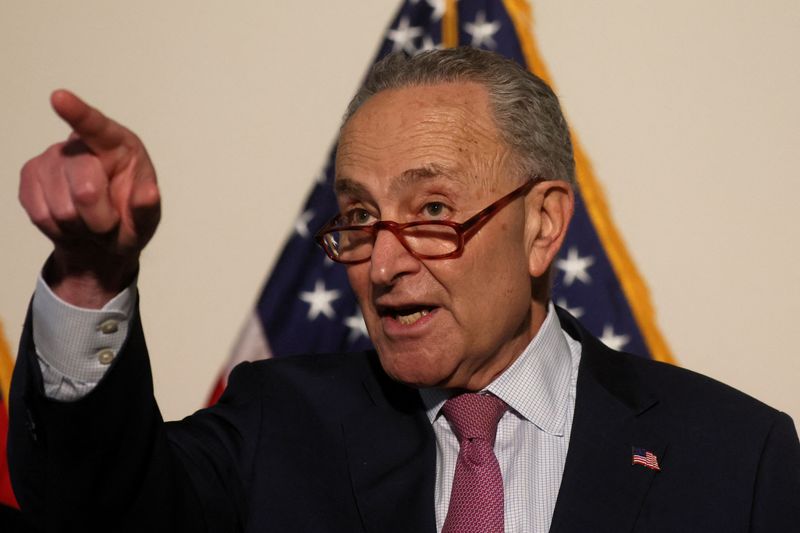