WASHINGTON – The Biden administration will place hundreds of migrants caught at the U.S.-Mexico border on house arrest in the coming weeks as it seeks cheaper alternatives to immigration detention, according to a notice to lawmakers and a U.S. Department of Homeland Security (DHS) official.

A 120-day pilot program will be launched in Houston and Baltimore, with 100-200 single adults enrolled in each location, according to the notice, which was sent by U.S. Immigration and Customs Enforcement (ICE) and reviewed by Reuters.

The so-called “home curfew” pilot will cost $6-8 per day for each enrollee, far less than the $142 daily cost of immigration detention.

The enrollees will generally be required to remain at home from 8 p.m. until 8 a.m., with exceptions for job schedules for those with work authorization or extraordinary circumstances.

Current alternatives to detention, such as ankle bracelets and phone monitoring, require enrollees to notify case managers if they are leaving the state or traveling, but do not mandate home confinement, the DHS official said.

U.S. President Joe Biden, a Democrat, has pledged a more humane approach to immigration policy than his predecessor Republican Donald Trump. During Biden’s presidential campaign he pledged to end for-profit immigration detention but has yet to deliver on that promise.

The home curfew program could face criticism from both immigration hardliners for being too lax and pro-immigrant advocates for being stricter than existing alternatives to detention. One immigrant advocate on Twitter called the plan “mass e-carceration” after Axios first reported details of the pilot.

The plan comes as arrests at the U.S.-Mexico border are expected to reach record highs again this year https://www.reuters.com/world/americas/us-preps-another-record-breaking-rise-migrant-arrests-mexico-border-2022-01-27 and detention space has been limited by the coronavirus pandemic. Though most migrants caught at the border are being rapidly expelled from the United States under a COVID-related health order, thousands have been allowed into the country to pursue their immigration cases.


“We just don’t have the capacity,” the DHS official said. “We’re not going to detain our way out of the border crisis.”

The Biden administration plans to ask Congress for funding to place as many as 400,000 migrants this year in alternatives to detention, which could include the home curfew initiative as well as existing programs, the DHS official said. The total number of migrants in such programs would be higher since only heads of households are enrolled.

About 164,000 are currently in alternative-to-detention programs, according to ICE, roughly double the total on Sept. 30, 2020, before Biden took office. 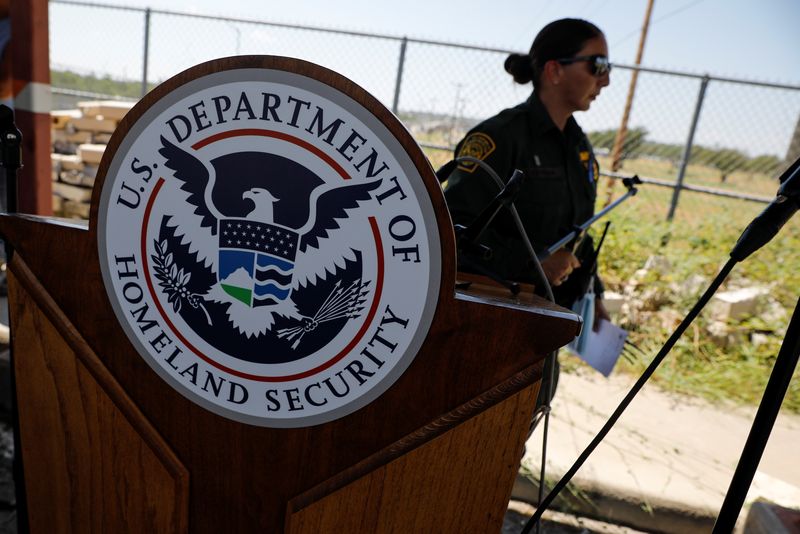