-The Federal Reserve Bank of Boston on Wednesday named University of Michigan provost Susan Collins as its next chief, making her the first Black woman to lead a regional Fed bank and delivering a measure of new diversity to U.S. central bank leadership.

Collins will start her job on July 1, the Boston Fed said in a statement. By then, the Fed is likely to have already begun to tighten monetary policy to fight inflation, raising interest rates and perhaps shrinking its balance sheet.

Collins will be in place to weigh in on Fed policy within weeks of starting, at its July 26-27 policy meeting. Following Fed rules, Philadelphia Fed President Patrick Harker will continue to vote for the Boston Fed until then.

She fills a vacancy left by longtime Boston Fed President Eric Rosengren, who resigned last fall during an ethics probe into personal trading by Fed officials during the pandemic.

Fed policymakers and outside observers say it is important for Fed leadership to diversify to look more like America and citing research that suggests a wider range of viewpoints improves decisions.

Choosing Collins is a “historic step” for the Fed, says Benjamin Dulchin, campaign director for policy advocacy group Fed Up. “Working people want an economic recovery that includes everyone this time, and Dr. Collins has the deep expertise that the Fed will need.”

The Boston Fed is one of 12 regional Fed banks whose presidents, along with members of the Washington-based Fed Board, set U.S. monetary policy. Three other Fed bank presidents are women, and two are nonwhite men.

The Fed Board is all-white, though U.S. President Joe Biden this year nominated three new Fed governors who would make the Fed’s top leadership the most diverse by race and gender in its 108-year history, if the U.S. Senate confirms them.

The Senate Banking Committee is slated to vote on Biden’s Fed nominees next week. Regional Fed presidents, unlike nominees to the Fed Board, do not need Senate confirmation.

Like Cook and Jefferson, Collins comes from academia, a professor of public policy and economics with a PhD in economics. She is well-known among monetary policymakers, frequently moderating at the Kansas City Fed’s annual Jackson Hole symposium, global central banking’s best-known conference, among other work. She also served as a director at the Chicago Fed for nine years.

Her academic research has focused on emerging markets, exchange rates and trade. Other roles have included senior staff economist for President George H.W. Bush’s Council of Economic Advisers, professor at Georgetown and Harvard Universities, and, in 2001, visiting scholar at the International Monetary Fund.

Less well known is her stance on monetary policy. In 2019, she suggested in an interview that the Fed would do well to consider raising its 2% inflation target to allow the labor market more room to heal. Her view on the current situation is unclear, with a strong job market and inflation at 7%.

In addition to helping set monetary policy, Collins’ job will entail overseeing the Boston Fed’s banking supervision, community outreach, and its lead role at the central bank in research on technology that could be used if the Fed adopts a central bank digital currency.

The bank recently released the first phase of a multi-year research project with the Massachusetts Institute of Technology (MIT), Collins’ alma mater, and will explore issues such as security and programmability in later phases.

Fed Chair Jerome Powell has since overhauled ethics rules to bar most active trading by senior Fed officials, and asked the central bank’s inspector general to launch an investigation into the trading. That probe is ongoing.

(Reporting by Ann Saphir with reporting by Jonnelle Marte; Editing by Andrea Ricci and David Gregorio) 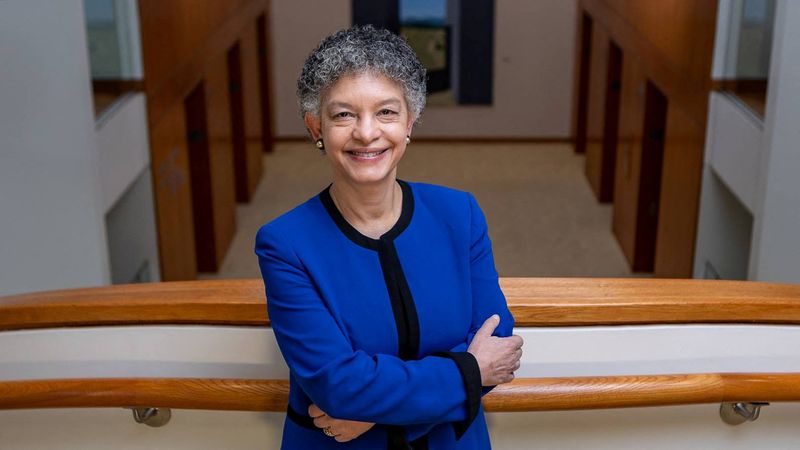