By Daniel Trotta and Nathan Frandino

At a time when environmentalists are often pitted against agribusiness in California’s water wars, conservation scientists and rice farmers are working together, trying to reclaim the great flood plains of the Sacramento River for salmon habitat.

Their task is daunting. California’s wetlands have all but disappeared, converted into farms and cities in one of the great engineering feats, or environmental crimes, of the 20th century.

Now, for the cost and inconvenience of flooding their fields, rice farmers are earning goodwill and betting that a healthy salmon population will avoid new regulations to protect wildlife and keep adequate water flowing.

In recent years, biologists discovered that as rice straw decomposes in flooded fields it creates a broth rich in fish food. They call it “zoop soup.”

“The zooplankton are so big and they’re so juicy, it’s like filet mignon,” said Andrew Rypel, a professor of fish ecology at the University of California Davis and lead investigator on the project.

After fattening up on their zooplankton, the salmon return to the river, swim downstream and beneath the Golden Gate Bridge on their way to sea, returning years later to spawn the next generation.

The university’s researchers have joined the California Rice Commission, the conservation group California Trout and the U.S. Department of Agriculture on the project, seeking to reverse the trend toward dwindling fish populations as a result of human re-engineering of the state’s waterways and, in recent years, extreme drought exacerbated by climate change https://www.reuters.com/news/picture/severe-drought-marks-california-landscap-idUSRTXEEWPI.

Before industrialization, the northern end of California’s Central Valley was a miles-wide flood plain straddling the Sacramento River – a natural feeding ground for fish.

After one too many floods in the city of Sacramento, and realizing that Mississippi River-style levees were insufficient to contain the diluvial bounty, California built two bypasses in the Sacramento River for flood control and irrigation.

Though the natural state will never be restored, the flood plain can reconnect to the river. Enhancing salmon habitat in the flood plains helps the fish grow big early in life, improving their chances of survival.

So far the results show juveniles feeding in the rice fields grow two to five times faster than those in the river channel, said Carson Jeffres, another researcher with the UC Davis Center for Watershed Sciences.

Though the experiment has placed salmon on small parcels before, this winter marks the first time it has been tried on a large scale on a working rice farm. Conservation scientists hope to replicate the model on more farms in years to come.

The salmon project is using 389 acres (157 hectares) on a pair of rice farms at the Sutter Bypass near Robbins, about 30 miles (50 km) northwest of Sacramento. One farm is intentionally flooded with water and planted with hatchery fish, enabling the biologists to study their progress and tag some with microchips to track their movements.

A second farm is being prepared just in case the Sacramento overflows this year, delivering naturally spawned salmon.

Engineering of the 20th century rerouted the natural migration of water in California, speeding it from north to south. That turned the state into an economic powerhouse at the cost of decimating its fish https://nrm.dfg.ca.gov/FileHandler.ashx?DocumentID=104268&inline. Some 83% of California’s freshwater fishes are in decline or extinct, according to UC Davis researchers, including the endangered winter-run and spring-run Chinook salmon.

Salmon that grow big early in life have the best chance to thrive, but California’s aquatic expressways lack the nutrients of the flood plain.

“We’re trying to … reactivate this floodplain and give the salmon a little bit of this floodplain back that they historically relied on,” said Paul Buttner of the California Rice Commission.

The project was inspired by changes that turned flooded rice farms into habitat for migrating ducks, geese and other waterfowl within the Pacific Flyway, a north-south corridor linking North and South America.

California rice farmers traditionally burned leftover rice straw after the autumn harvest until a 1991 state law banned the practice, largely in response to human complaints about smoke. When farmers started using water to break down rice straw, the smoke cleared and the birds started coming back.

Though no longer pristine wetlands, 90% of which have been lost in California, the rice fields enticed enough migratory birds to once again darken the sky, their honks and quacks bombinating across the valley.

Rypel, the UC Davis researcher, calls it “one of the great conservation stories in U.S. history.” 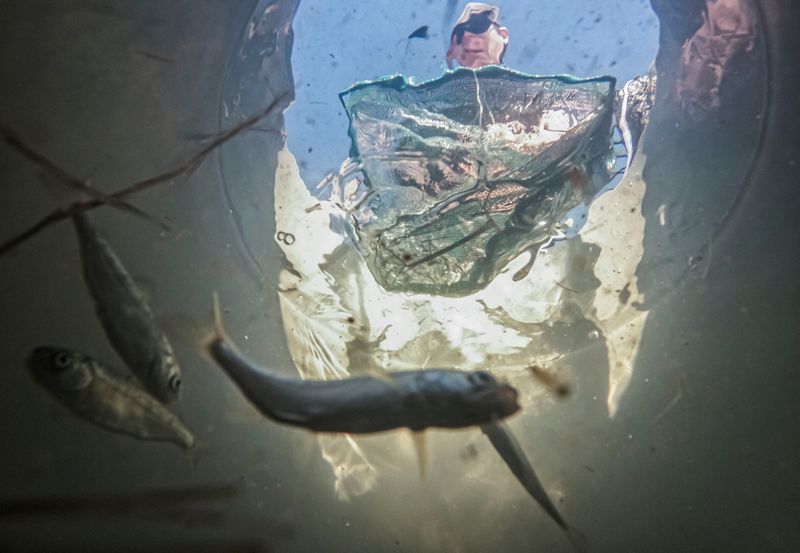 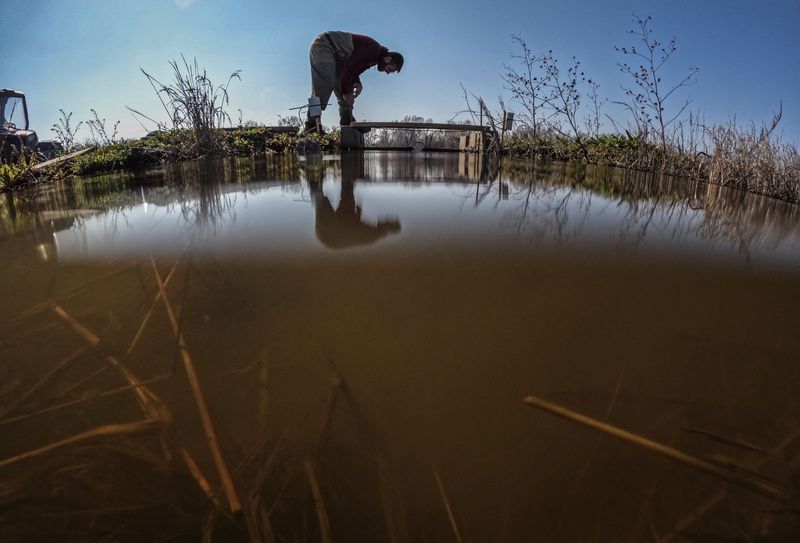 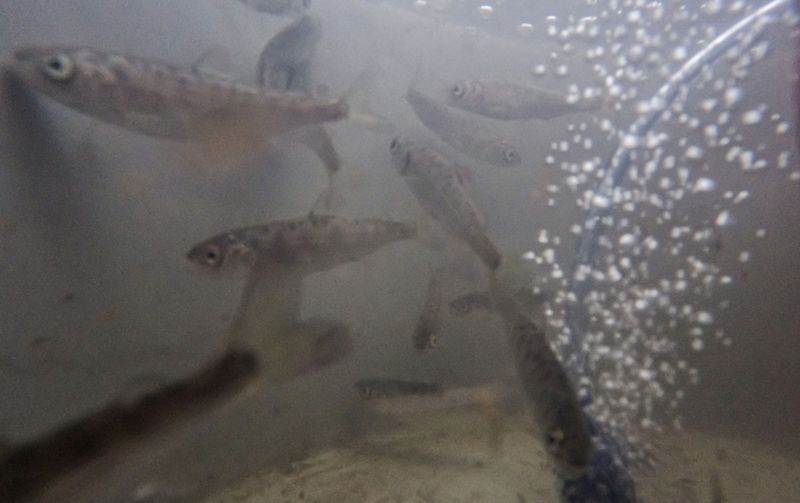 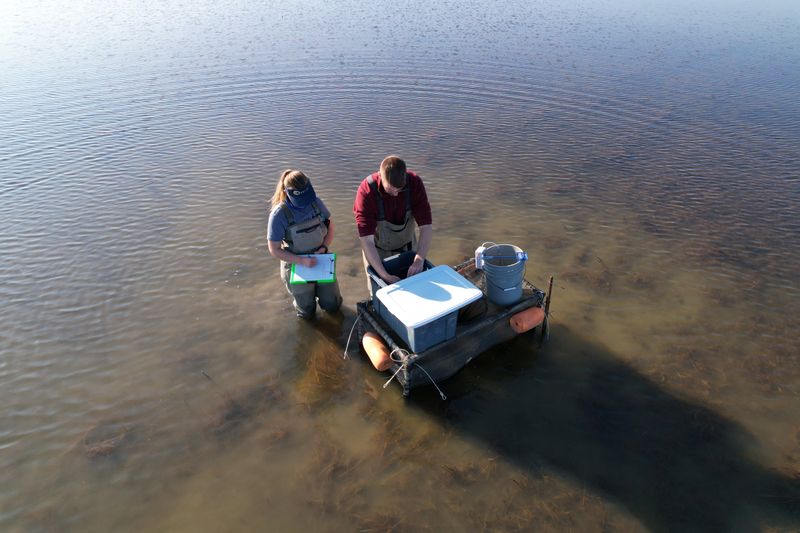 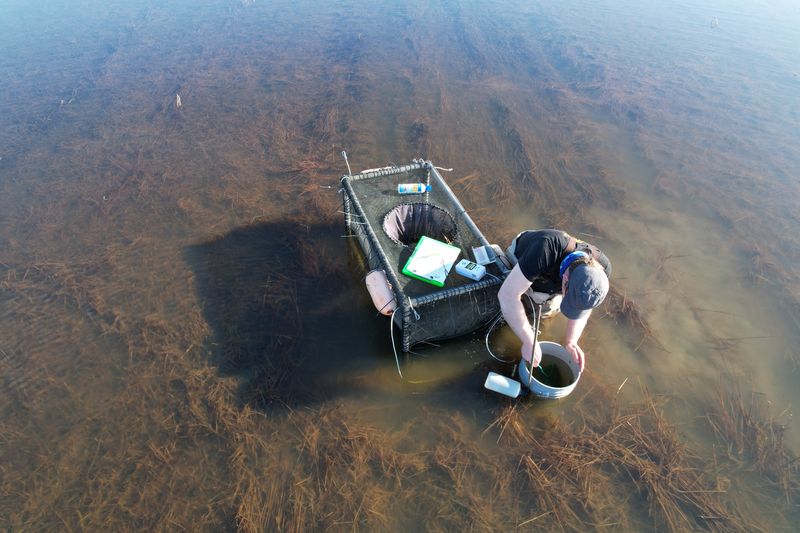