By Roshan Abraham and Kavya B

– Global COVID-19 cases surpassed 400 million on Wednesday, according to a Reuters tally, as the highly contagious Omicron variant dominates the outbreak, pushing health systems in several countries to the brink of capacity.

The Omicron variant, which is dominating the surge around the world, accounts for almost all new cases reported daily. While cases have begun to level off in many countries, more than 2 million cases are still being reported on average each day, according to a Reuters analysis. Deaths, which tend to lag cases, have increased by 70% in the last five weeks based on the seven-day average.

While preliminary evidence from several countries have shown that Omicron is milder than previous variants, a large volume of cases can potentially overburden healthcare systems globally.

The top five countries reporting the most cases on a seven-day average – United States, France, Germany, Russia, and Brazil – account for roughly 37% of all new cases reported worldwide, according to Reuters analysis.

The United States leads the world in the most cases reported each day, with a million new cases reported in the country every three days. Cases and hospitalizations in the country are slowing down from its peak in January this year, according to a Reuters analysis. On Friday, the country surpassed 900,000 deaths related to COVID.

In France, the seven-day average of new infections has held at over 210,000 per day, adding about a million new cases every five days. The cumulative total for confirmed COVID cases in France since the start of the pandemic passed 20 million last Thursday.

About half of all new infections reported worldwide were from countries in Europe, with 21 countries still at the peak of their infection curve. The region has reported over 131 million cases and over 2 million deaths related to COVID since the pandemic began.

Despite Europe reporting a million new cases almost every day, some countries are gradually lifting restrictions as the outbreak eases locally. Spain has scrapped a requirement for people to wear masks outdoors, extending a wider rollback of restrictions as the contagion slowly recedes in the country. On Monday, Greece started allowing tourists with a European vaccination certificate to enter the country without having to show a negative test for COVID.

Last Friday, India’s death toll from COVID-19 crossed 500,000, a level many health experts say was breached last year but obscured by inaccurate surveys and unaccounted deaths. An estimated 3 million people have died from COVID-19 in the south-Asian nation until mid-2021, according to one study published in the journal Science that relied on three different databases.

The most common form of the Omicron variant, BA.1, accounted for 98.8% of sequenced cases submitted to the public virus tracking database GISAID as of Jan. 25. But several countries are reporting recent increases in the subvariant known as BA.2, according to the World Health Organization.

(Reporting by Roshan Abraham and Kavya B in Bengaluru; Editing by Lisa Shumaker) 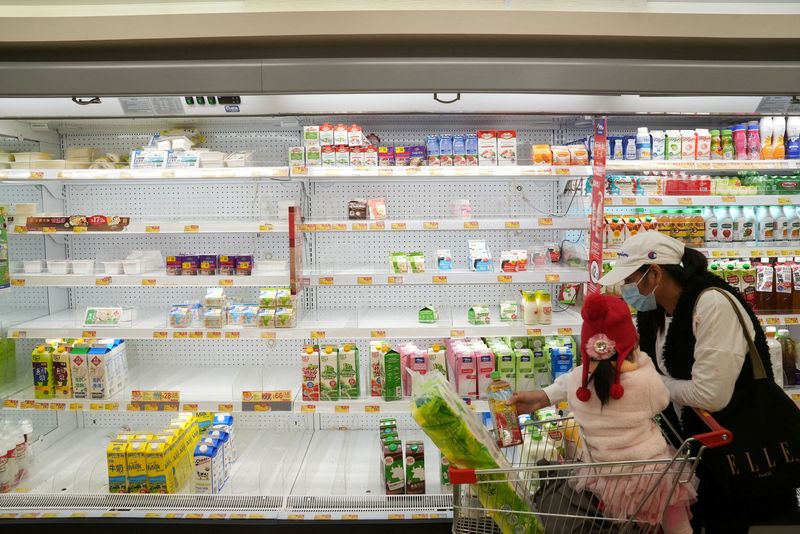