By Helen Coster and Eva Mathews

Disney Chief Executive Bob Chapek said he still believes the streaming service, home to hits like “The Mandalorian” and “Black Widow”, will have 230 million to 260 million subscribers by 2024. The company added 11.8 million Disney+ subscribers in the first quarter.

And the company forecast stronger subscriber growth in the second half of its year than in the first half.

U.S. parks and resorts delivered revenue above pre-pandemic levels, but Disney expects international parks to be impacted by COVID for weeks to come.

The company’s overall revenue rose 34% to $21.82 billion in the quarter ended Jan. 1, topping analysts’ estimate of $20.91 billion, according to Refinitiv data.

Disney+, the company’s two-year-old streaming service that is not yet profitable, kept revenue flowing when the pandemic disrupted its legacy theme parks, resorts and cruise operations. Its subscribers have grown 37% in the past year.

Now, the relaxing of government restrictions and pent-up demand has led to strong attendance at domestic theme parks as Omicron fears have receded.

“This marks the final year of the Walt Disney Company’s first century, and performance like this coupled with our unmatched collection of assets and platforms, creative capabilities, and unique place in the culture give me great confidence we will continue to define entertainment for the next 100 years,” said Chapek.

Revenue in the parks, experiences and products segment more than doubled to $7.23 billion in the first quarter.

Meanwhile, operating income in the segment stood at $2.45 billion, versus an operating loss of $119 million a year ago.

Disney+ subscribers stood at 129.8 million at the end of the first quarter, compared with Factset estimates of 129.2 million.

Investors are watching the streaming service’s growth trajectory as it relates to its ability to reach fiscal 2024 guidance.

Disney has poured billions into creating new programming to grab a share of the online video market dominated by Netflix Inc, staking its future on a direct-to-consumer strategy.

Its much-anticipated “Obi-Wan Kenobi” series will launch on Disney+ on May 25, Chapek said.

During the first quarter, Disney+ released the first episode of “The Book of Boba Fett,” about the Star Wars bounty hunter; “The Beatles: Get Back” documentary series from filmmaker Peter Jackson, and “Hawkeye,” about the Marvel superhero.

Disney announced in November that it would offer a bundle of its three streaming services, Disney+, Hulu and ESPN+, for $13.99 per month.

In January, Netflix forecast weak first-quarter subscriber growth, which sent shares down nearly 20% and erased most of its remaining pandemic-fueled gains from 2020.

(Reporting by Eva Mathews in Bengaluru and Helen Coster in New York; Editing by Anil D’Silva and Lisa Shumaker) 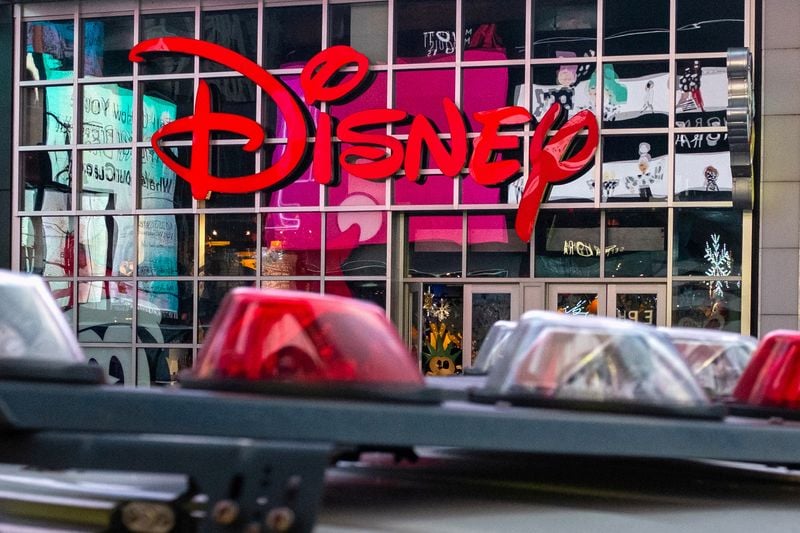