JERUSALEM -Teva Pharmaceutical Industries said on Wednesday it was bracing to pay as much as $3.6 billion in cash and medicine to settle thousands of lawsuits alleging it and other drug companies fueled the U.S. opioid epidemic.

Israel-based Teva, the world’s largest generic drugmaker, this week reached a settlement worth $225 million with Texas, comprising $150 million in cash and $75 million in products.

Chief Executive Kåre Schultz told Reuters that based on that settlement, as well as a proposed nationwide settlement with three large drug distributors and drugmaker Johnson & Johnson worth $26 billion, Teva would likely pay $2.7 billion to $3.6 billion spread over 15 years.

Under that formula, the cash portion for Teva would likely amount to about $1.8 billion to $2.4 billion.

“The Texas model is a good one because it satisfies the need for cash … while still maintaining a significant portion of the settlement as products that really can help the people suffering from substance abuse,” he said after Teva issued fourth-quarter profit that beat estimates.

Schultz said he was confident a deal could be reached in the next year.

“It’s difficult to predict when there might be a breakthrough,” he said, but the Texas settlement is a “good framework to use nationwide.”

Teva has long sought to resolve the opioid lawsuits by state, counties and municipalities it faces, offering in 2019 to donate $23 billion in opioid addiction treatment drugs and to pay $250 million over 10 years.


Lawyers for some of the plaintiffs at the time questioned the true value of the drugs. On Wednesday, some plaintiffs’ expressed scepticism about basing any national deal on the Texas settlement.

“Global extrapolation from a one-off settlement, particularly with an entity that didn’t even file a lawsuit, is not always that clear-cut,” said Paul Geller, a lead plaintiffs’ attorney for local governments at Robbins Geller Rudman & Dowd.

The drugmaker projected a flat to slightly better 2022 than 2021, as long as the COVID-19 pandemic subsides.

Boosted by gains in North American sales of Huntington’s disease treatment Austedo and migraine product Ajovy, the company earned 77 cents per diluted share excluding one-time items in the October-December quarter, up from 68 cents a year earlier. Revenue fell 8% to $4.1 billion amid a 25% decline in U.S. generic drug sales.

Analysts had forecast Israel-based Teva would earn 73 cents a share ex-items on revenue of $4.29 billion, I/B/E/S data from Refinitiv showed.

North American sales of Ajovy rose 49% to $53 million in the quarter, while Austedo sales jumped 52% to $282 million. Ajovy sales in Europe rose 121% to $29 million as the drug continued to be rolled out in many countries.

Teva projects global sales of about $1 billion for Austedo in 2022, up from $808 million in 2021, while Ajovy sales are forecast to grow to $400 million from $313 million, with both drugs expected to drive growth this year as revenue from multiple sclerosis drug Copaxone declines due to competition.


Schultz added Teva expects U.S. regulatory approval in mid-2022 to launch Risperidone LAI, a treatment for patients suffering from schizophrenia, and that over time, it will reach a double-digit market share. 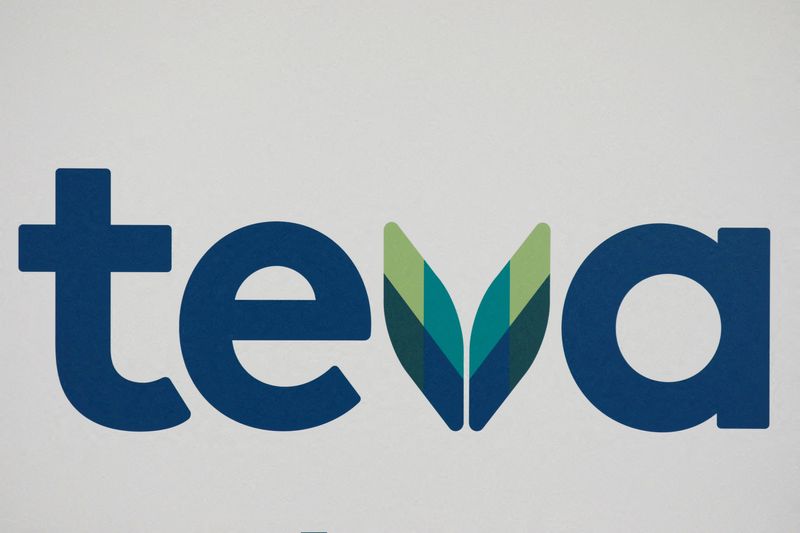