OSLO – Norway’s Equinor will pay out $10 billion to shareholders this year after it reported record fourth-quarter pretax profits, joining European rivals in cashing in on a boom in oil and gas prices and sending its shares to a new high.

Adjusted earnings before tax leapt to $15.0 billion in the October-December quarter, up from $756 million a year earlier and beating the $13.2 billion predicted in a poll of 23 analysts compiled by Equinor.

“We are capturing value from high prices for gas and liquids with excellent performance and increased production,” CEO Anders Opedal said a in statement.

The oil and gas industry saw a massive turnaround last year as markets overcame the pandemic-driven slump of 2020, with the price of European natural gas quadrupling and North Sea crude rising more than 50%.

Governments across Europe are rushing to announce measures aimed at softening the blow of soaring energy costs on households.

Majority state-owned Equinor, which celebrates 50 years this year, said it would raise its regular quarterly dividend to $0.20 from $0.18 previously, and pay an additional extraordinary dividend of $0.20 for a period of four quarters, with overall payments amounting to $5 billion this year.

The company also plans to increase its share buybacks in 2022 to $5 billion from $1.3 billion in 2021, up from a previous plan of $1.2 billion, taking the total cash flow shareholders will receive this year to $10 billion.

European oil industry peers have also posted soaring profits in recent days, with BP promising to increase its share buybacks and Shell saying it will raise both dividends and stock purchases.

“Equinor delivers a set of results well ahead of expectations, especially in terms of shareholder remuneration,” Jefferies, which has a buy rating on the stock, said in a note to clients.

“The planned $10 billion shareholder distribution for 2022 represents a 10% yield, which sets Equinor at the very high end of the IOC (international oil companies) sector range.”

Shares in Equinor were up 0.9% at 258.6 crowns at 1307 GMT, in line with the Oslo benchmark index but down from an all-time high of 271.25 crowns earlier in Wednesday’s trading session.

Equinor’s quarterly petroleum production stood at 2.16 million barrels of oil equivalent per day (boepd), up 6% from the fourth quarter of 2020.

The company expects its oil and gas production to grow by 2% in 2022.

Equinor also said it would sharpen its climate ambitions for the next decade, reducing net group-wide greenhouse gas emissions from its global operations – so-called scope 1 and scope 2 emissions – by 50% by 2030.

The previous target was for operations in Norway only and was a cut of 40%.

Some 90% of the new cuts will be absolute, Opedal said, meaning they cannot be offset.

“The new ambition is aligned with the Paris agreement and a pathway to limit global warming to 1.5 degree Celsius. This is a significant step that will demand a great effort,” Opedal said.

Equinor’s shares have risen 68% in the last 12 months, more than double the rise in the European oil and gas index.

The company said it expected capital spending to reach $10 billion this year, versus the $9-10 billion seen previously. 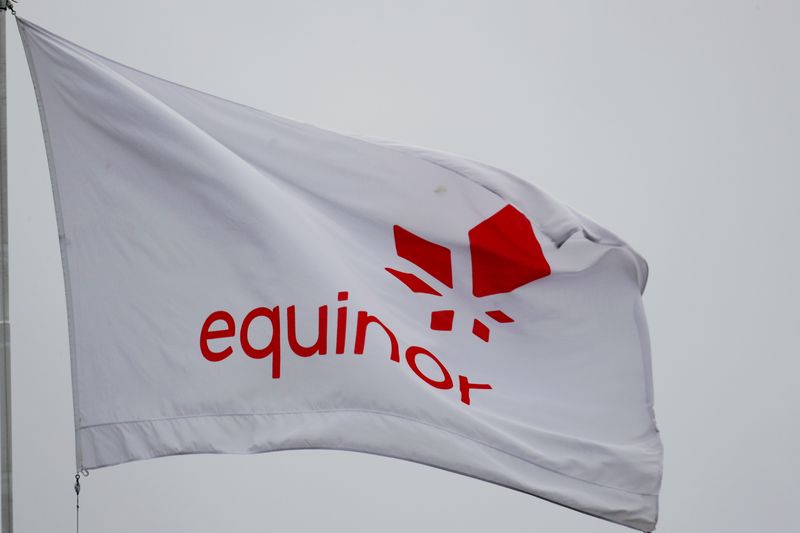