-The Federal Reserve will have to move faster than it has in the past to remove accommodation and tame inflation that is well above target, but it may not be necessary to start the liftoff in interest rates with a half-percentage-point hike in March, Cleveland Fed Bank President Loretta Mester said on Wednesday.

Inflation could ease to above 2% later this year as some of the constraints on supply are resolved and the U.S. central bank removes some of the support it provided to the economy during the coronavirus pandemic, Mester said.

“I don’t like taking anything off the table,” Mester said during a virtual event organized by the European Economics and Financial Centre. “But, you know, I don’t think there’s any compelling case to start with a 50-basis-point” rate increase.

Mester, who has a vote this year on monetary policy decisions, said rate increases are going to be “in play” at each Fed meeting and future hikes after the March 15-16 meeting will depend on the strength of inflation and how much it moderates or persists.

Referring to the Fed’s balance sheet, Mester said the central bank needs to move faster to reduce its nearly $9 trillion portfolio than it has in the past and that it may need to consider selling some of its mortgage-backed securities.

The Fed said last month that it wants to take a primarily passive approach to shrinking its portfolio. But Mester said it may need to sell some mortgage holdings to meet its goal of having a portfolio that invests mainly in Treasury securities in the longer run.

“I would support selling some of our mortgage-backed securities at some point during the reduction period to speed the conversion of our portfolio’s composition to primarily Treasuries,” Mester said.

Asset sales wouldn’t necessarily be a first step for the Fed, but rather something to consider later on for mortgage holdings because the Treasury securities in the portfolio have shorter duration and are likely to run off the balance sheet quickly, she told reporters. 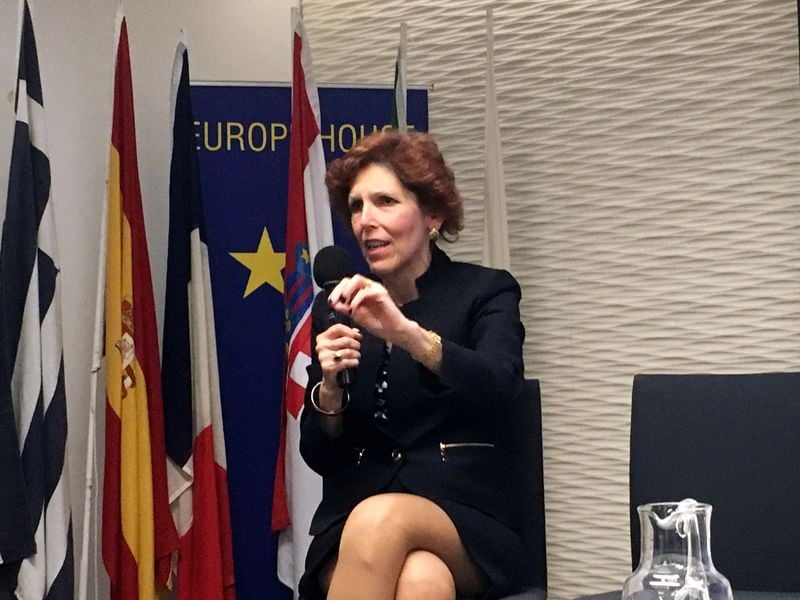