-Britain’s GSK forecast growth in 2022 after racking up 1.4 billion pounds ($1.9 billion) in COVID-related sales in 2021, beating quarterly forecasts in its first earnings report since rejecting Unilever’s bid for its consumer arm.

The results underscore a comeback for GSK in the race to help fight the COVID-19 pandemic after it failed to bring a vaccine to the market so far. The spin off of the consumer venture with Pfizer has also put the future in focus as boss Emma Walmsley faces pressure from activist investors.

“We have ended the year strongly, with another quarter of excellent performance … and we enter 2022 with good momentum,” Walmsley said. “This is going to be a landmark year for GSK.”

The drugmaker is pressing on with the spin off of its consumer arm, home to brands such as Sensodyne toothpaste and Advil painkiller, after turning down Unilever’s 50 billion pound buyout offer for the unit in December.

Some activist investors had called on GSK to give more consideration to a potential sale of the unit. They have also questioned the ability of top management to boost the success rate of drug development, where GSK has long lagged peers.

The company said sales in 2022, after the consumer unit spin-off, were expected to grow 5% to 7% and adjusted operating profit was forecast to rise 12% to 14%. This includes the boost from a settlement with Gilead but not sales of its COVID-19 products.

The company said it expected pandemic-related sales in 2022 to be at similar levels to 2021 but said these would contribute less to profit at “New GSK” due to lower margins on its antibody treatment, knocking off profit by 5% to 7%.

Excluding the Gilead deal, which secured royalty payments from an HIV drug, from the 2022 outlook “suggests a modest trim to consensus underlying operating profit, albeit management’s guidance at the beginning of the year is likely to include a degree of conservatism,” Morgan Stanley analysts said.

GSK’s sotrovimab, developed with Vir Biotechnology, is one of the few COVID-19 treatments shown to have worked against the fast-spreading Omicron variant, spurring demand. It was amongst GSK’s top selling offerings in 2021.

GSK has secured orders for 1.7 million doses of sotrovimab, including from the United States, Canada and the European Union.

Sales of sotrovimab, branded Xevudy, stood at 828 million pounds in the fourth quarter, up from 114 million in the third quarter and above market expectations of 774 million pounds.

Revenue from shingles vaccine Shingrix, a key earnings driver over past quarters, slipped 7% to 597 million pounds but still surpassed consensus of 548 million pounds.

GSK said it expected key trial results in 2022 on up to seven future growth drivers including a long awaited read-out on a vaccine for the elderly against the common respiratory syncytial virus before the end of June.

Walmseley told a media call the consumer arm’s performance this year was expected to be in line with the previously stated medium-term target for annual currency-adjusted sales growth of 4% to 6%. GSK will unveil more details at a Feb. 28 investor event.

(Reporting by Pushkala Aripaka in Bengaluru and Ludwig Burger in Frankfurt; Editing by Mark Potter and Edmund Blair) 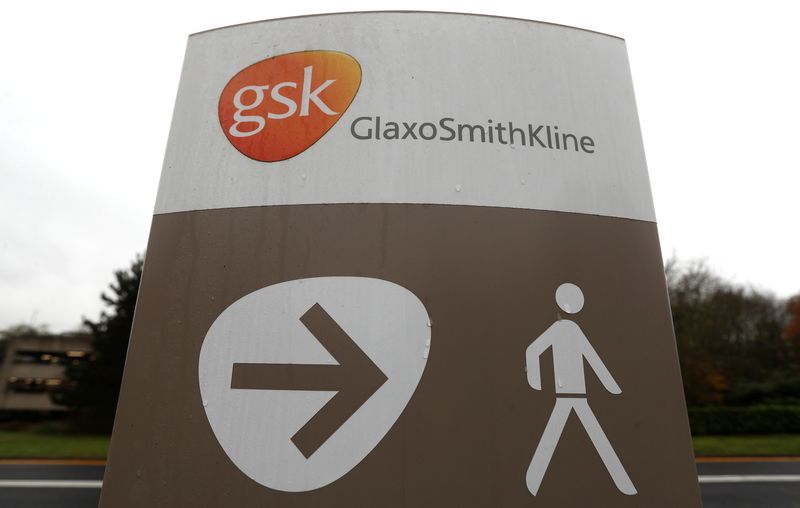