– The attorneys general of Missouri and Texas said on Wednesday they will probe GoFundMe over the decision by the crowd funding service to take down a page for a fundraising campaign that supports protesting truck drivers in Canada who oppose mandated COVID-19 vaccines.

“The crowd-funding platform’s integrity has come into question after it removed a multimillion-dollar fundraising campaign for the Canadian truckers ‘Freedom Convoy’ which is protesting vaccine mandates”, Texas Attorney General Ken Paxton said on Wednesday.

Paxton said GoFundMe’s response to restrict the fundraising campaign of the protests “should ring alarm bells to anyone using the donation platform.”

GoFundMe could not immediately be reached for comment on the new probes. The site took down the Freedom Convoy’s donation page on Friday, saying it violated its terms of service. It said “the previously peaceful demonstration has become an occupation, with police reports of violence and other unlawful activity.” On Saturday, GoFundMe said it would refund all donations.

Over the weekend, some U.S. Republicans vowed to investigate GoFundMe’s decision to take down the page.

Truckers blocking U.S-Canada border crossings risk hurting the auto industry and agriculture, the White House said on Wednesday as Ottawa urged an end to the 13-day demonstration against coronavirus mandates.

The Freedom Convoy 2022 began as a movement against a Canadian vaccine requirement for cross-border truckers, but has turned into a rallying point against public health measures in Canada. It has gained increasing support among U.S. Republicans, including former President Donald Trump.


Donald Trump Jr., the eldest son of the former U.S. president, has called for all Republican attorneys general to look into GoFundMe’s actions. Florida had announced its intention to probe on Saturday.

(Reporting by Kanishka Singh in Bengaluru; Editing by David Gregorio) 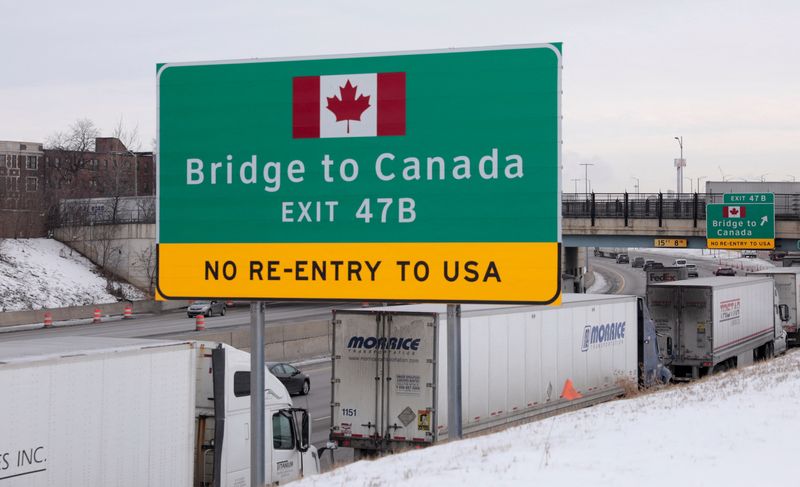