-New York Governor Kathy Hochul will on Wednesday announce the end of her state’s mask mandate for most indoor public places, The New York Times reported, joining several states due to lift face-covering rules as the latest COVID-19 surge eases.

The Democratic governor intends to let the mask mandate, which has been challenged in court, expire rather than seeking to renew it, the newspaper said, citing three individuals briefed on the move.

It remains unclear whether Hochul’s administration would renew or drop a separate compulsory masking rule in New York public schools that is due to lapse in two weeks.

Representatives for the governor did not immediately respond to a Reuters request for comment.

Hochul called the general mask mandate temporary when she imposed it Dec. 31 as the highly contagious Omicron variant threatened to strain healthcare systems.

Officials in several other Democratic-led states – New Jersey, California, Connecticut, Delaware and Oregon – announced on Monday that they were lifting mask mandates for schools and other public settings in the coming weeks.

In all those instances, authorities cited the receding Omicron-fueled wave of COVID-19 infections, hospitalizations and deaths that began sweeping the United States during the year-end 2021 holiday season.

But U.S. Centers for Disease Control and Prevention (CDC) Director Dr. Rochelle Walensky told Reuters on Tuesday that with cases still high nationwide, “now is not the moment” to drop mask mandates in schools and other public places.

The relaxation of masking rules signals an inclination by politicians to take pandemic-weary residents off an emergency footing and shift toward treating the virus as part of everyday life.

But an appeals court judge stayed that decision the next day, keeping it intact while the case remained under judicial review. 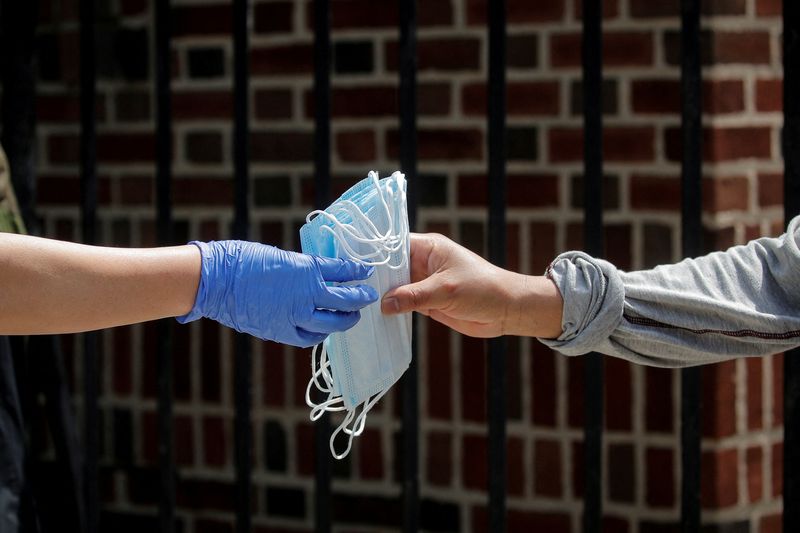