U.S. crude stocks fell by 4.8 million barrels last week to 410.4 million barrels, their lowest since October 2018, while overall product supplied, a proxy for demand, hit a record 21.9 million barrels per day over the past four weeks, government data showed. [EIA/S]

The heavy activity and ramp-up in U.S. refinery processing augur for a tight market for coming months.

“The data was decidedly bullish hands down – everything was bullish, with inventories at their lowest level in years,” said Phil Flynn, analyst at Price Futures Group.

The market has also been supported by concerns about ongoing threats to supply in United Arab Emirates, which has been hit by attacks from Yemen’s Houthi group, and over Russia due to the presence of thousands of its troops near Ukraine’s border.

The Biden administration responded to high prices by again stating this week that it has been talking with large producers about more output, as well as the possibility of additional strategic releases from large consumers, as it did late last year.

That helped spur some of Wednesday’s trading, which saw later-dated contracts outperform the front-month, said Flynn at Price Futures Group.

WTI for December delivery, for instance, gained 96 cents on the day, reducing the current backwardation in the market. Backwardation is a condition where near-term contracts are priced higher than longer-dated ones, indicating a tight market.

The bullish U.S. energy data offset the prospect of increased supply from Iran, which has put some downward pressure on the market this week as Washington resumed indirect talks with Iran to revive the 2015 nuclear deal.

An agreement could lift U.S. sanctions on Iranian oil and quickly add supply to the market, although a number of vital issues need to be resolved.

“It doesn’t look like the Iranian deal going to be signed tomorrow but there are some positive developments there,” said Claudio Galimberti, senior vice president of analysis at Rystad Energy.

(Additional reporting by Florence Tan in Singapore and Rowena Edwards in London; Editing by Marguerita Choy and Barbara Lewis) 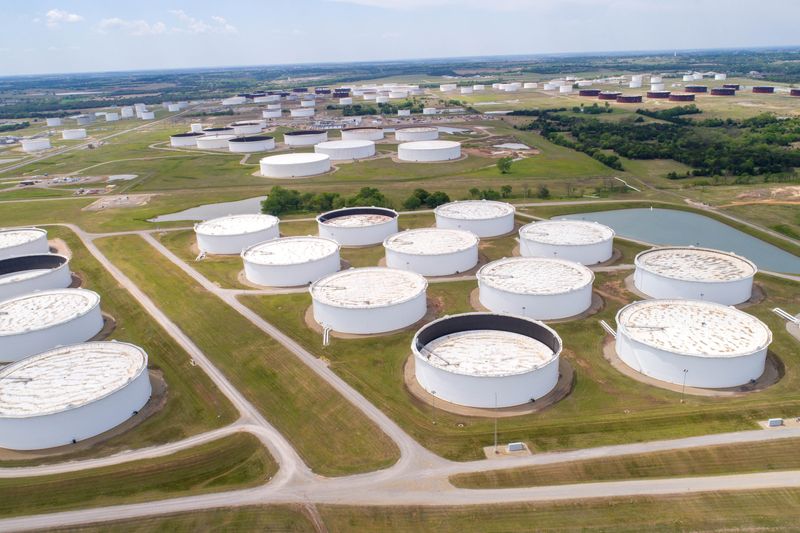