The global U.S. trade deficit in 2021 surged 27% to a record $859.1 billion as businesses restocked inventories to meet robust demand.

The data showed China by far missed its commitments to purchase an additional $200 billion worth of U.S. farm and manufactured goods, energy and services above 2017 levels – the year before a bitter trade war embroiled the world’s two largest economies.

The purchase commitments were the centerpiece of Trump’s Phase 1 trade deal with China, which launched in mid-February 2020 and halted a threatened escalation of tariffs.

Beijing’s purchases of the goods, energy and services targeted in the Phase 1 agreement were not even enough to return to China’s baseline 2017 level of purchases of U.S. imports after retaliatory tariffs had eroded them in 2018 and 2019, he said.

“Put differently, China bought none of the additional $200 billion of exports Trump’s deal had promised,” Bown said in his analysis.

China exceeded the 2017 baseline in agricultural purchases, but only reached 83% of the $73.9 billion two-year farm goods target, Bown’s analysis showed.

Services exports to China, which had been a bright spot for U.S. trade, fell sharply as the pandemic slashed Chinese tourism and business travel to the United States and cut the flow of Chinese students to U.S. universities, reaching only 52% of the target.

“We have engaged the PRC (People’s Republic of China) on its shortfalls for months, but have not seen real signs towards making good on the purchase commitments and our patience is wearing thin,” Adam Hodge, a spokesperson for the U.S. Trade Representative’s office, said in an e-mailed statement.

“Regardless of how these negotiations conclude, the fact remains that the Phase One Agreement did not address the core problems with the PRC’s state-led economy,” Hodge said, adding that the Biden administration would “shape the environment around China” by building U.S. competitiveness, diversifying markets and limiting the impact of China’s “harmful practices.”

Liu Pengyu, a spokesperson for China’s embassy in Washington, said China has been working on implementation of the agreement “despite the impact of COVID-19, global economic recession and supply chain disruptions.”

“The Phase 1 deal benefits China and the U.S. and the whole world,” Liu added.

Beijing has sought the removal of tariffs on hundreds of billions of dollars of goods that were left in place by the Phase 1 deal.

The agreement contains a clause that the two parties “project that the trajectory of increases” in China’s purchases “will continue in calendar years 2022 through 2025” without specific targets.

Former USTR chief of staff Jamieson Greer, who helped negotiate the Phase 1 deal, said that clause could be used to pursue “retrospective enforcement for what’s been missed.”

“It’s in the interest of the administration to pursue enforcement,” said Greer, a trade lawyer with King and Spalding.

“With a few kind of narrow exceptions, we haven’t really seen that much enforcement” on trade matters from the Biden administration, he added. 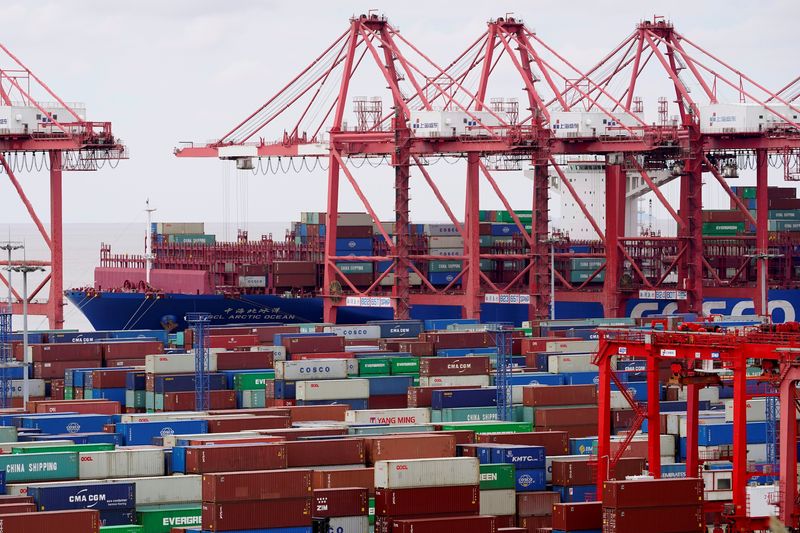