WASHINGTON – The U.S. economy may be nearing a turn lower in inflation, Atlanta Fed President Raphael Bostic said on Wednesday, though he added he is still leaning towards a slightly faster pace of interest rate increases this year.

“I am very hopeful we are going to start to see that decline … There is some evidence we are on the cusp of that,” Bostic said in an interview on CNBC.

While Bostic still expects just three quarter-percentage-point rate increases will be appropriate this year, he said: “I am leaning a little towards four. We are going to have to see how the economy responds as we take our first steps,” with an initial rate increase expected in March.

New inflation data on Thursday is expected to show the consumer price index continued to rise at an annualized pace of more than 7% in January – a high stretching back decades and reminiscent of the inflation shocks of the 1970s and 1980s. That has pushed the Fed to accelerate plans to raise rates and reduce its holdings of government bonds and mortgage-backed securities.

Bostic said more important to him than the high headline inflation number is whether the month-to-month pace of change continues to moderate, a sign the economy may be working through the supply-chain problems and other difficulties that have been driving prices higher but are associated with the bumpy reopening from the coronavirus pandemic.

“If we are going to see a return to numbers closer to our (2%) target we need to see those month-over-month changes start to decline,” Bostic said. In recent months “what we have seen is inflation not get worse on a month-to-month level, and I am hopeful that will translate into a slow decline as we move through the spring and into summer, which will give me some comfort that we are heading in the right direction.”

There is broad agreement at the Fed for the need to begin raising its benchmark overnight interest rate from the near-zero level set to offset the economic effects of the pandemic. But there is no clarity yet on how fast or high the U.S. central bank will move, with some officials still hoping inflation will ease on its own and allow them to be less aggressive in raising borrowing costs. 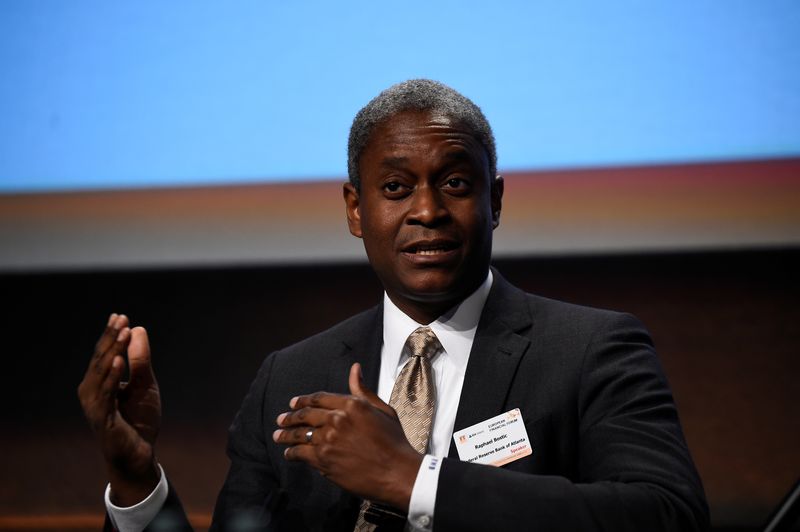